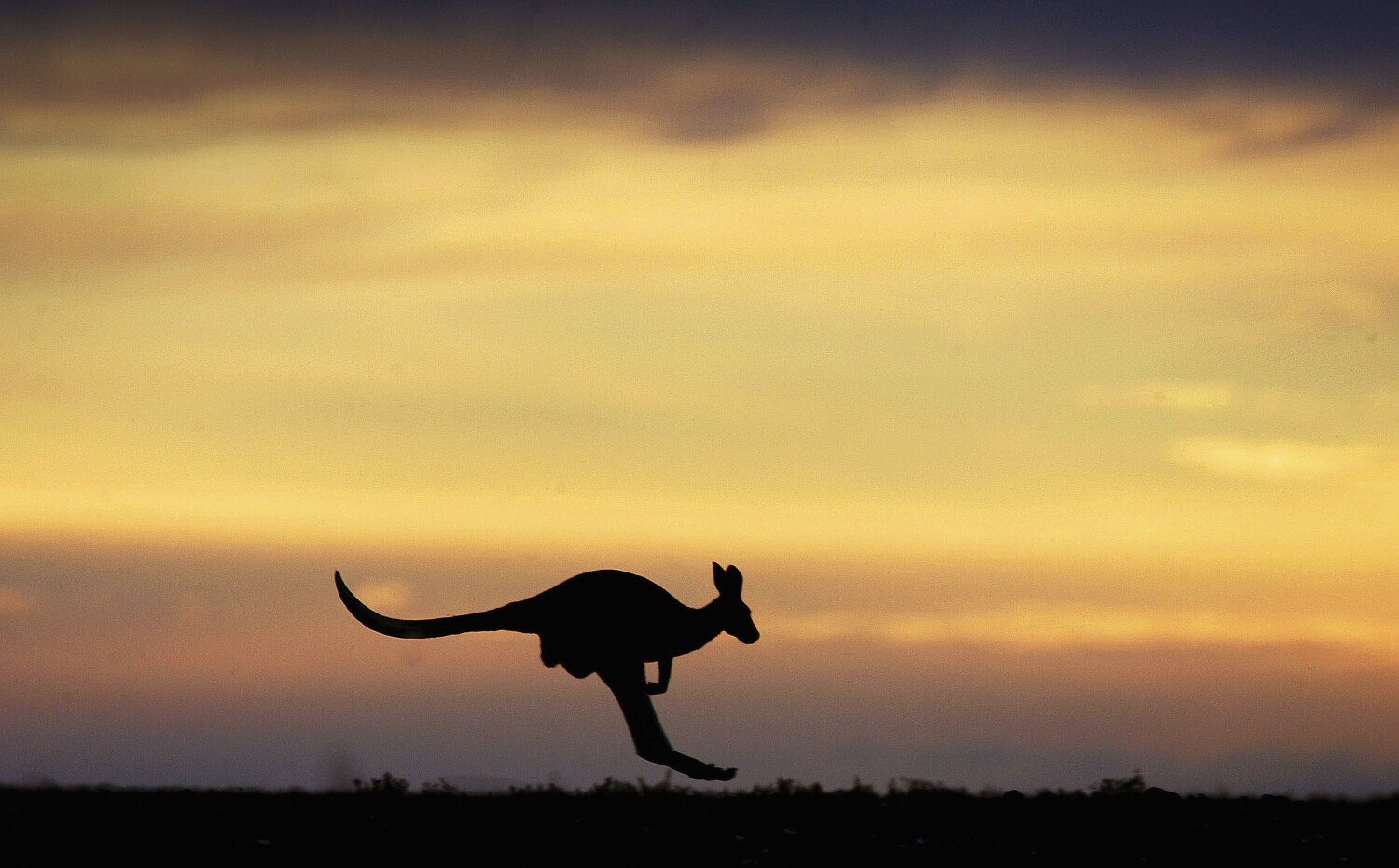 It’s a battle that’s been raging in California since former Governor Ronald Reagan first signed the law banning the trade in kangaroo meat and skin in 1970, after years of extrajudicial killing.

Today, the Australian kangaroo population has rebounded, but the controversy shows little chance of cooling off as animal rights advocates accuse California retailers of ignoring the ban and continuing to sell Football boots made from Kangaroo leather.

Animal advocates say the so-called K leather – prized for its durability, light weight and toughness – is the product of a brutal and inhumane harvesting system that kills up to 2 million kangaroos every year.

Recently, two national animal welfare groups filed a lawsuit against Soccer Wearhouse Inc. based in Riverside County, employs the same legal strategy that animal rights groups use against the sale of foie gras.

According to the lawsuit, the plaintiffs suffered “economic damage” because the retailers’ alleged “unfair business practices” diverted resources from their core mission: “advocating improved animal welfare, a more humane economy and better protection laws – specifically for kangaroos, and for other animals. “

“K-Leather soccer cleats are publicly sold throughout California by various retailers,” said the lawsuit filed by the Animal Health Foundation and the Center for Humane Economics. “These stores are not trying to hide the fact that these products contain kangaroo parts; In fact, many store employees are outspoken and honest about which models of shoes are made with kangaroo leather and openly admit that selling those products is illegal in the state. “

The plaintiffs are asking the court to order the retailer to stop selling kangaroo leather shoes and to reimburse animal rights groups for legal fees.

“The lawsuit is just the first of several cases we plan to bring if retailers in the state don’t pay attention,” said Natasha Dolezal, deputy campaign director for the Center for Humane Economy. our warnings and continue to break the law.

Dariush Adli, an attorney representing Soccer Wearhouse, said the company’s owners “say they had no idea these items were illegal in California until a few months ago. They don’t sell them anymore.”

California – the nation’s largest market for soccer equipment – is the only state to ban the import and sale of kangaroo parts. The ban remains one of the state’s most divisive environmental issues.

As envisioned when it was enacted in 1970, this ban is intended to reduce the slaughter of Australia’s millions of giant marsupials. The law also aims to protect other species that the Legislature finds to be threatened overseas: polar bears, clouded leopards, tigers, cheetahs, jaguars, zebras, and elephants.

In 2007, the California Supreme Court unanimously ruled that the ban should not apply before federal wildlife law. But at the urging of the Australian government, the Legislature lifted the ban twice: in 2007 for three years and again in 2010 for five years.

By order of the Australian government, Congressman Mike Gipson (D-Carson) in 2015 took a bill he had directed through Council to regulate card club employees, strip it and replace it Its content in permanent language allows kangaroo parts to be imported and sold here.

That so-called “cut and amend” mechanism did not go to a vote because of widespread bipartisan opposition.

In 2020, California Department of Fish and Wildlife law enforcement sent written notices to 66 soccer equipment businesses across the state to notify them of the ban and warning. notice that violations will be punished as misdemeanors.

The state’s wildlife regulator said Soccer Wearhouse was among the businesses notified, as did Niky’s Sports, California’s largest soccer retailer, which announced in 2021 that it would stop selling the products. products made from kangaroo skin.

A year ago, U.S. Representative Salud Carbajal (D-Santa Barbara) introduced the Kangaroo Protection Act, a federal law that prohibits the import and sale of kangaroo body parts in the United States.

When it comes to the wildlife trade in California, the kangaroo skin trade is only part of the problem.

The state’s six-man Wildlife Trade Unit’s massive workload includes targeting restricted species that can carry pathogens that infect humans, as well as related violations. to endangered species, such as the illegal trade in ivory and rhino horn, said Captain Patrick Foy, a spokesman for the Department of Fish and Wildlife.

So far this year, the unit has seized about $5.2 million worth of illegal ivory and filed 38 related cases with city and county prosecutors, Foy said.

So far, however, little action has been taken to enforce the ban on kangaroo products, said Kate Schultz, senior attorney for the Center for Humane Economics. “So we’re taking the alleged offenders to court.”

Non-profit animal welfare groups have cut their jobs for them in California, which has an estimated 124 independent soccer retail stores.

“So at a time when kangaroos in Australia are being ravaged by devastating crops, bushfires, pollution and development,” he said, “the least we can do is protect these species. these fascinating animals from mass slaughter, turning them into soccer balls.”