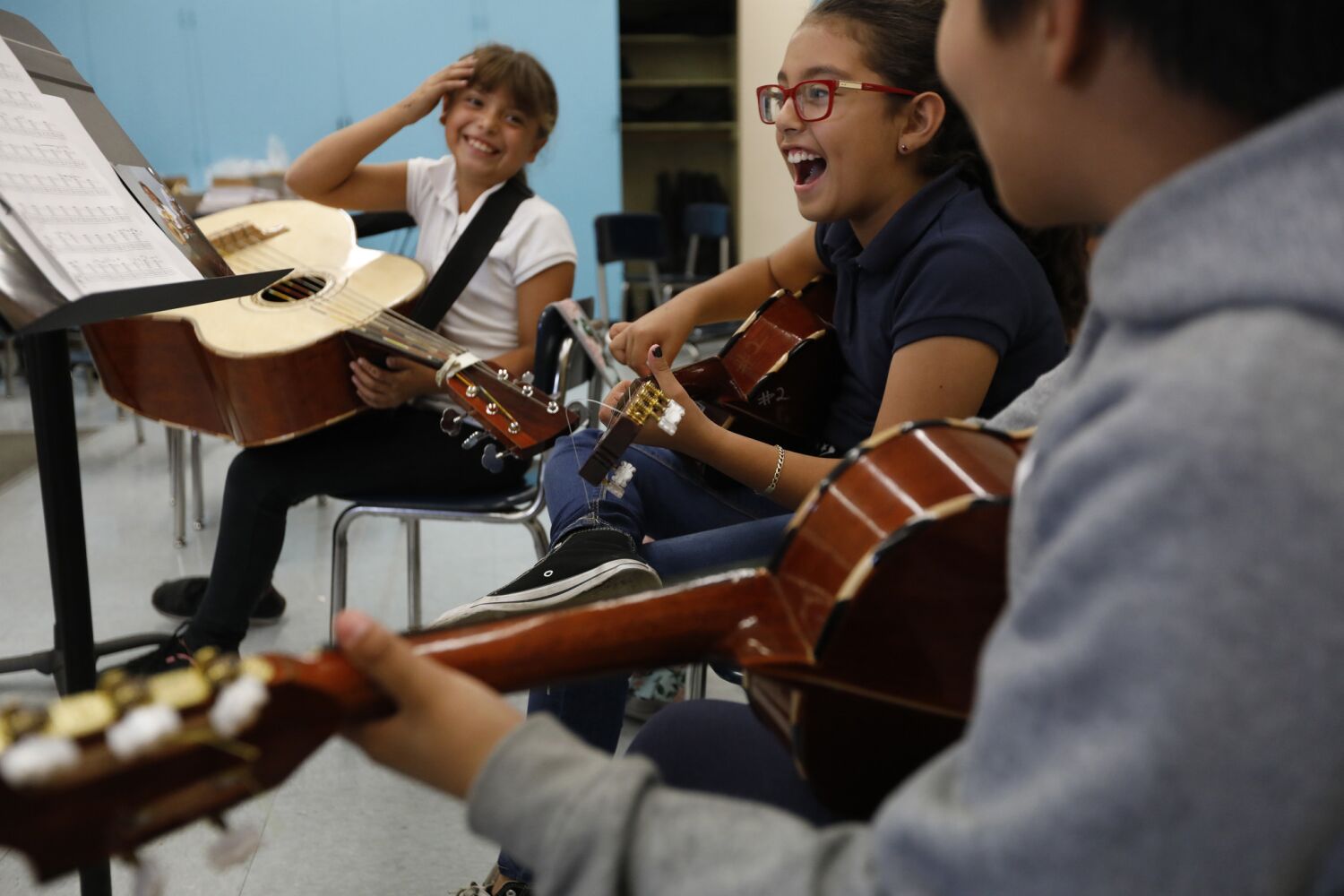 California schools will receive a grant of about $1 billion for music and arts education starting next year after voters passed Proposition 28 on Tuesday, snap election results show.

The measure was designed to replenish resources for K-12 courses such as dance, drama and graphic design, which are typically the first to be slashed from school budgets during financial downturns.

Proposition 28 does not collect taxes but creates a guaranteed annual funding stream for music and arts education by requiring the state to provide 1% each year of the total funding already allocated to schools.

Tuesday’s voter approval comes as no surprise; Proposition 28 met with no official opposition and received widespread support, including from celebrities such as Christina Aguilera and Barbra Streisand, who promoted the measure as a way to diversify the Hollywood industry and create more equity in schools.

The Associated Press has called the race, although official results will be longer.

Proponents of the measure also pointed to research showing art classes can improve students’ cognitive development and other academic and social benefits.

Despite a record-high state budget and a legal requirement to offer some form of music and art instruction, only 1 in 5 public schools in California has a full-time program, according to the former Los Angeles Unified Supt. Austin Beutner, who led the effort.

The measure, passed by a large majority on Tuesday, aims to give schools in low-income neighborhoods more.

The proposal allows the legislature to reduce overall arts funding during years of economic trouble.

The California Constitution requires schools to receive at least about 40% of the total state budget each year. The money provided by Proposition 28 is in addition to this amount and may only be used for music and art classes and teachers.

While the state allocated $128.6 billion for K-12 programs in the budget finalized by Gov. Gavin Newsom this summer, that still isn’t enough to support the state’s nearly 6 million students, supporters said .

The estimated $1 billion increase in school funding under Proposition 28 is less than half of 1% of the state’s total general fund budget, according to the bipartisan Legislative Analyst’s Office.

Photos: Contrasting weather has SoCal in shorts and Midwest in ‘bomb cyclone’

‘It changed my life’: Monroe resident thankful for firefighter who fixed up her house