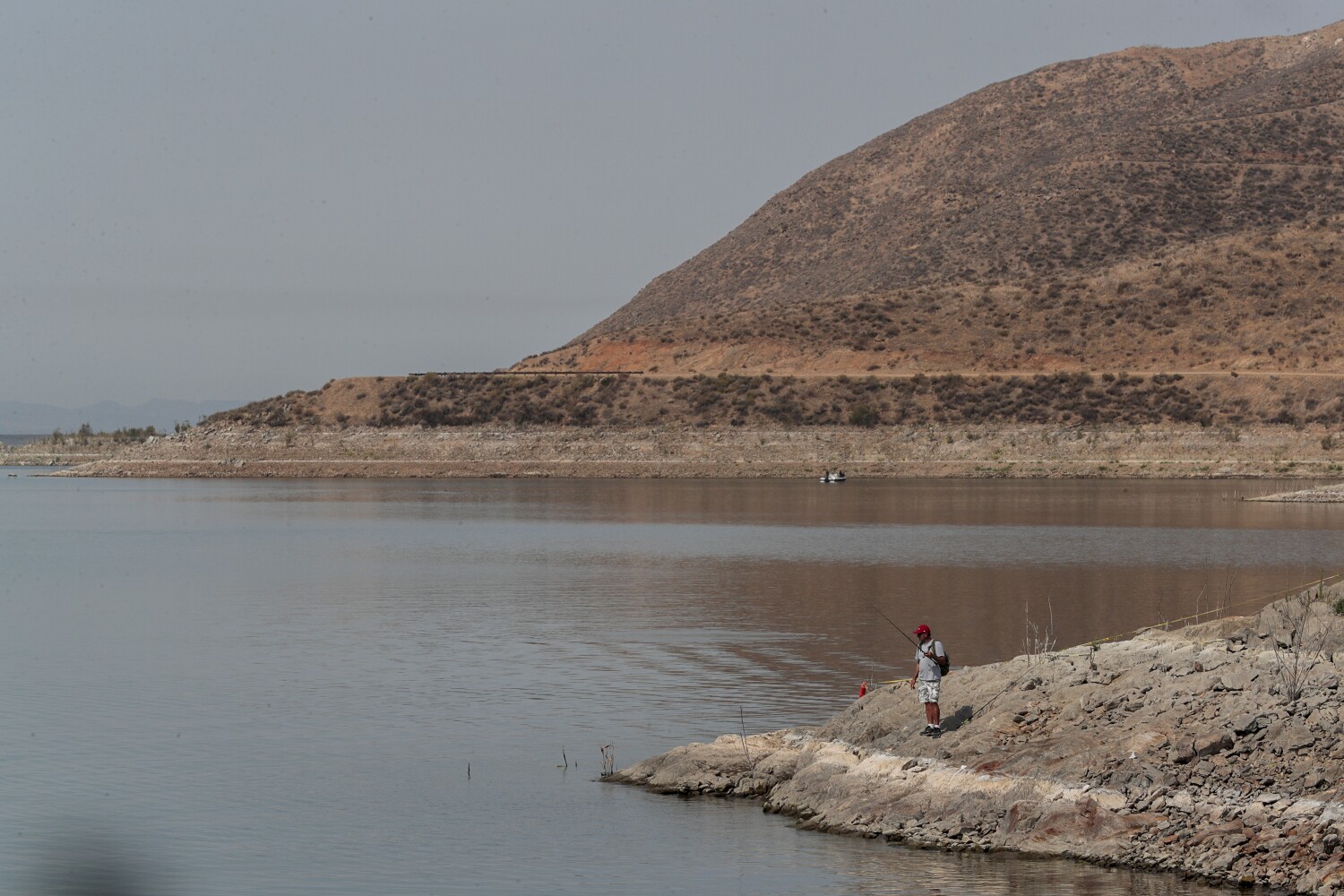 California’s water conservation efforts continued to lag in April despite the deepening drought, according to new state figures released Tuesday.

City residents in the Golden State used 17.6% more water in April than in the same month in 2020, the year the current drought began and against which conservation efforts are measured.

The South Coast hydrological region — an area that includes Los Angeles and more than half of the state’s population — remained among the worst offenders, using 25.6% more water in April than in April 2020. It was after the Colorado River hydrological region second, increasing utilization by about 41%.

Officials said the grim report marked the second straight month of significantly higher water use in the state. April usage was only marginally lower than March, when Californians used about 19% more water than when they started.

“Rain typically stops in late April, and as of today nearly 60% of the state is in the top two drought categories,” Marielle Rhodeiro, a research data specialist with the State Water Resources Control Board, told Tuesday’s board meeting. “As the summer progresses, that number is likely to increase.”

The cumulative savings from last July — when Gov. Gavin Newsom asked Californians to voluntarily cut water use by 15% — through the end of April was just 2%, she said.

The numbers came even as state water agencies asked residents to do more to conserve. January, February and March marked California’s driest start to the year on record, and the state is now in a perilous position as it heads into the hot, dry summer months.

In fact, the latest update from the US Drought Monitor, released Thursday, shows about 12% of the state under “extraordinary” drought, the worst possible category, up from 0% just three months ago.

It’s “unlikely for those conditions to improve,” assistant director Eric Ekdahl told the board.

“Expect things to get worse over the next few months,” Ekdahl said, noting that almost all of the year’s snow has melted and the reservoirs are likely to be flat until at least the start of the next water year in October.

Additionally, the National Oceanic and Atmospheric Administration’s latest temperature outlook for the next month shows above-average temperatures in California, Ekdahl said. Much of the state is bracing for a heatwave this week, with Sacramento expected to hit 105 degrees on Friday.

But the prospects weren’t all bleak. A rainstorm in April helped break through the state’s drought and “put some emphasis on residential use,” Rhodeiro said.

Two areas of Northern California, the North Coast and North Lahontan hydrologic regions, reported gains and savings of about 14% and 10%, respectively, in April, while the San Francisco Bay Area reported no change.

Water Board President Joaquin Esquivel also highlighted that 2020, the year of comparison, had one of the lowest water consumptions on record. Compared to 2021, residents used about 7 fewer gallons per person per day in April, he said.

“This year-over-year reduction is at least encouraging,” he said.

Additionally, the April numbers don’t take into account the massive conservation appeal ordered by Southern California’s Metropolitan Water District at the end of the month.

Dozens of water agencies, including the Los Angeles Department of Water Power, reduced residents to one or two days a week in response to the MWD’s order beginning June 1. At least one agency, the Las Virgenes Municipal Water District in western LA County, began installing flow-restriction devices in the homes of repeat offenders.

Although it has been less than a week since the MWD’s order came into effect, Las Virgenes general manager David Pedersen told the board there were already signs of improvement.

“Fortunately, we’re starting to see real savings,” Pedersen said. “I know we’ve looked at the numbers across the state and in our region and I know at times they haven’t been impressive and I’m glad to see that even in the last few weeks we’ve seen a significant drop in water demand in our country district, amounting to about 30, 40%.”

The state water agency also took the step last month to ban the irrigation of “non-functional grass,” or grass that is purely decorative, in businesses and in common areas of subdivisions and lots controlled by homeowners’ associations. And regional water authorities continue to push rebate programs for lawn replacements and upgrades to high-efficiency equipment.

“With the increasing drought that we know we’re facing … it’s not just about this drought,” Esquivel said. “It’s really about continuing to transform our landscapes to reflect the reality of the climate we live in now, let alone what’s in store for us in the next decade.”

Indeed, many residents of the state will face a long, challenging season, especially as local and regional reservoirs continue to sink to record lows. Lake Oroville — the largest reservoir in the State Water Project — was at 53% utilization Tuesday.

During the meeting, officials said the dry conditions are likely to result in additional restrictions on water rights in the San Joaquin and Russian River watersheds, as well as other tributaries in the state. Drought Program Response Manager Eric Zúñiga also sounded the alarm about “a steady inflow of new dry wells that is being reported on continuously.”

Edward Ortiz, a spokesman for the water agency, noted that the state’s exceptional drought has also forced many people to water more, not less, than they did in 2020.

Officials hoped the combination of efforts would result in some savings, with Rhodeiro noting that “one or two storms is not enough to cover an overall deficit over the course of the water year.” “

“If it’s as dry or drier as it was last summer, then water conservation and efficiency will become even more important,” she said.

Q&A with Andrea Ghez, who discovered the black hole Sagittarius A*