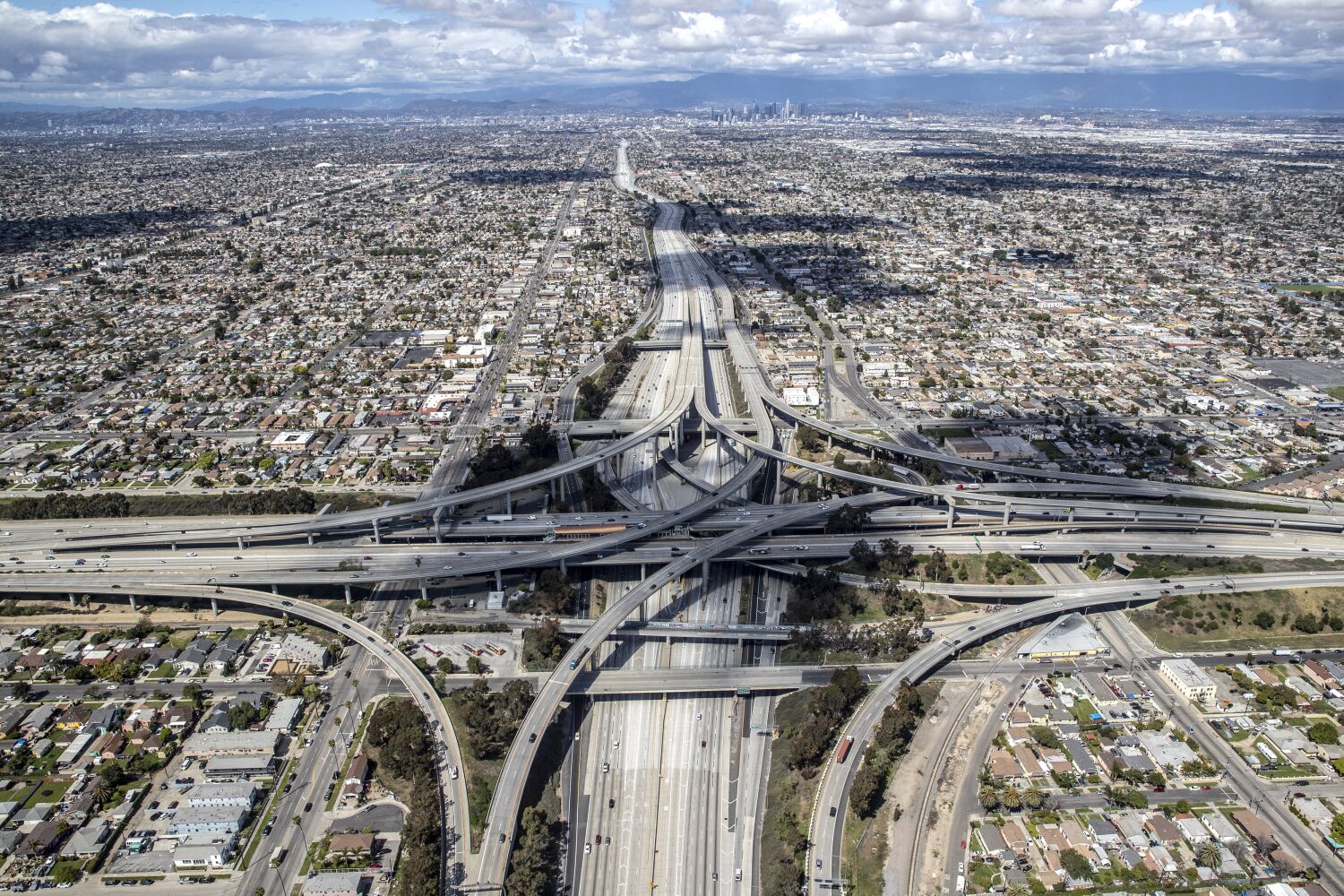 The good news first: The amount of climate-damaging gases Californians released into the atmosphere in 2020 was 9% lower than the year before — a record drop largely because motorists are driving less during the COVID-19 lockdown.

Now for the bad news: The amount of carbon dioxide emitted by record-breaking wildfires that same year virtually wiped out nearly two decades of emission reductions by the world’s fifth, and soon to be fourth, largest economy.

Those two findings — both released in just over a week this month — have painted a bleak and confusing picture of California’s efforts to curb global warming. They also come as a UN report finds that global efforts to reduce greenhouse gases are “grossly inadequate”.

The news that Californians effectively reduced carbon dioxide emissions by 35 million tons in 2020 — the equivalent of 94 coal-fired power plants operating for a year — was announced last week as part of the California Air Resources Board’s annual inventory of greenhouse gas emissions.

However, the inventory didn’t account for the roughly 127 million tons of carbon dioxide equivalent released by the state’s 2020 wildfires. This part of the equation was announced by UCLA researchers earlier this month. They found that wildfires were the second most important source of planet-warming gases in 2020 after transport, ahead of industry and power generation.

When asked why their inventory didn’t also include this information, CARB said it was designed to estimate heat-trapping gases produced in all sectors of the government’s economy, including industrial transportation, electricity, agriculture, commercial and residential.

“We track emissions from wildfires annually, but they’re not part of the GHG inventory … which tracks emissions from fossil fuels and high-GWP gases like methane and HFC refrigerants,” said CARB spokesman David Clegern.

They said the agency took wildfires into account when calculating its draft 2022 scoping plan, which requires state and federal agencies to dramatically increase thinning and treatment of forests dangerously overgrown with combustible vegetation.

“We are working with other government agencies on ways to stabilize forests and make them sustainable again as carbon sinks. In the meantime, it’s important that we work even harder to reduce emissions from fossil fuels, as it is clear they are driving the overall problem, and we now have the means to make those reductions,” Clegern said.

Since its inception in 2000, the annual estimate of nationwide greenhouse gas emissions has been a key metric for tracking the state’s progress toward meeting its climate goals. However, state officials said that 2020 was an abnormal year and that when they calculated the inventory for 2021, they expected an increase.

In 2020, the transport sector was responsible for the largest drop in emissions, with 27 million tonnes fewer CO2 emissions, or about 16% less compared to 2019. This was mainly due to fewer cars being parked during shelter-in-place the streets were traveling orders.

In April 2020, California drivers drove 44% fewer miles than in April 2019. Mileage has since returned to pre-pandemic levels, state officials said. Heavy-duty truck mileage also fell by 13% in April 2020 compared to the same month last year, but later exceeded 2019 levels as consumer demand increased during the shutdown.

“This year is considered an outlier and cannot be used as a reliable data point in predicting trends for years to come,” said Steven Cliff, executive officer at CARB. “But it also became clear that as we rebuild, we must proceed with the actions we know will reduce greenhouse gases and clean up the air and our hardest-hit communities, including deploying renewable energy and zero-emission cars and trucks on ours.” roads and highways.”

Danny Cullenward, policy director of CarbonPlan, a California nonprofit that analyzes climate solutions, said he agreed there wasn’t much to learn from the 2020 numbers.

“The whole problem is what happens after the pandemic year, and that’s not what this inventory is about,” he said. “In case you’re wondering, are we on track to reach our goals? How does it look like? It was an unusual year. The published data are not surprising. It was not a very representative year. What matters is what happens when we come out of it.”

However, the two-year delay in releasing greenhouse gas emissions in California poses an obstacle to a swift response, he said.

“It’s kind of weird that we’re here in October 2022 talking about what happened in 2020,” Cullenward said.

“The delay contributes to a lack of oversight and reduces the potential for policymakers to update their thinking,” he said.

Jack Harlow on 'SNL': See the best sketches from this week

Phils' Syndergaard to start Game 3 of World Series vs. Astros