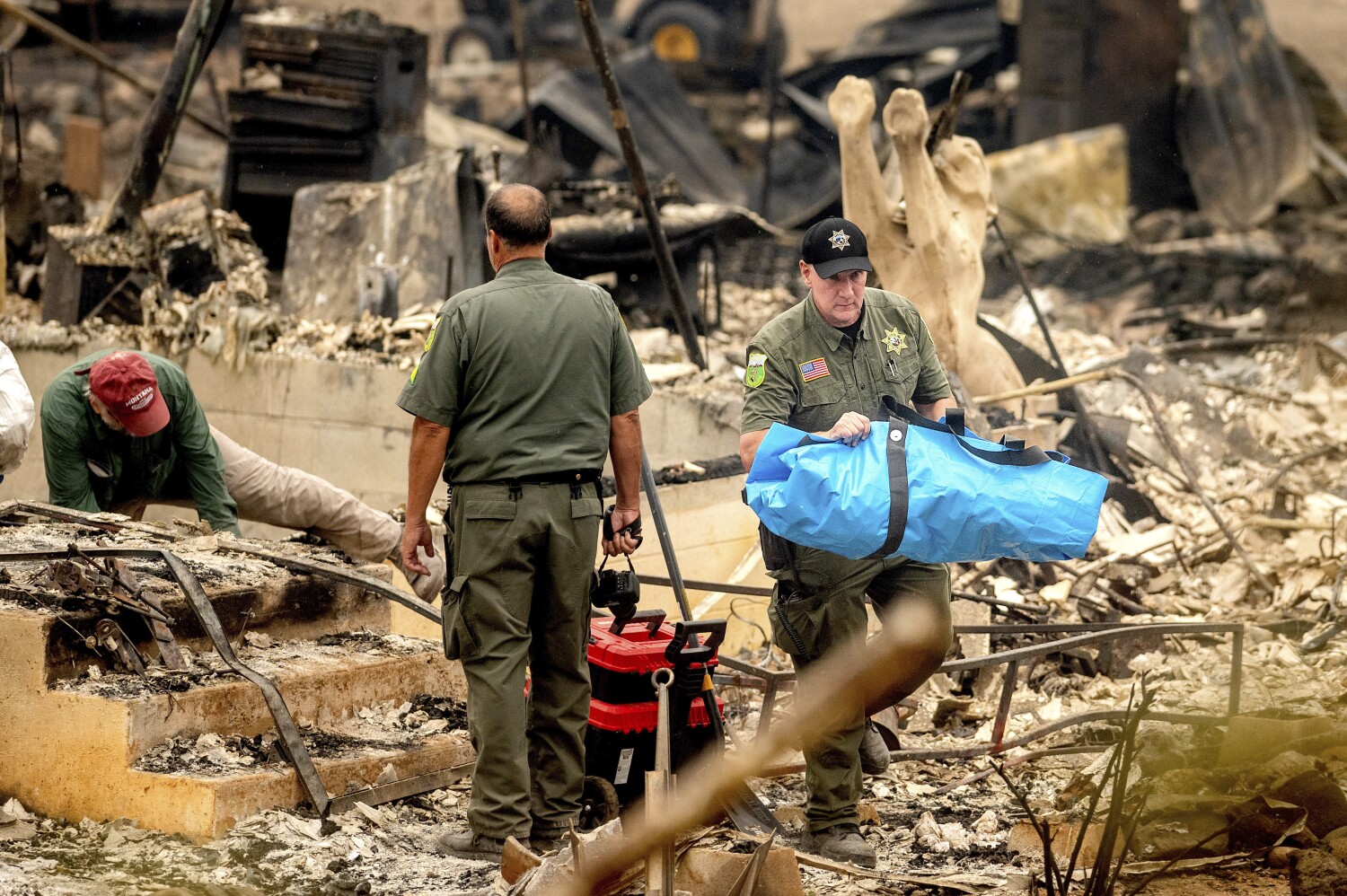 The McKinney fire that killed four people destroyed 132 structures, including 87 homes, as it burned nearly 60,000 acres in the Klamath National Forest, officials said.

Meanwhile, firefighters have slowed the pace of the blaze a week after the blaze was first ignited, but fire officials said Friday’s blaze could still run.

Firefighters were monitoring the blaze that burned near the California-Oregon border, which remained at 10% containment as of Friday afternoon.

But in the past 24 hours, Klamath National Forest officials say the fire has burned about 300 acres, a significant slowdown after the blaze has consumed 59,636 in the past seven days.

“We witnessed the evolution of the fire during a press conference on Friday,” said Dennis Burns, fire behavior analyst for the US Forest Service. “It’s all in line.”

After battling landslides and thunderstorms on Wednesday, firefighters on Thursday noticed warmer temperatures and drier air, key conditions for fires to grow.

More than 2,200 firefighters present saw brief flares in the southwestern and western corners of the fire, but the fire’s short advance remained in areas that firefighters could continue to check. .

“Everything is right where we want it to be,” Burns said.

On the east side of the fire, he said, there is still a threat that the fire could cut through those lines and advance. On Wednesday, the eastern half saw about 3 inches of rain due to thunderstorms, but the water did not affect the blaze.

“The fire is reacting like it has never rained,” he said.

Firefighters on Friday were expecting brief thunderstorms, as well as warm and dry temperatures.

As a precaution, firefighters built back-up lines with bulldozers in case the fire lines failed.

Over the weekend, firefighters will likely continue to expand containment lines in high temperature conditions. Temperatures are expected to reach the mid-90s on Saturday. On Sunday, temperatures can hit triple digits.

A community meeting is scheduled at Siskiyou Golden Fairgrounds at 7 p.m. Friday. The event will be streamed live on the US Forest Service Facebook page – Klamath National Forest.

Upstart Money Manager Gets Billionaires to Back the Anti-BlackRock