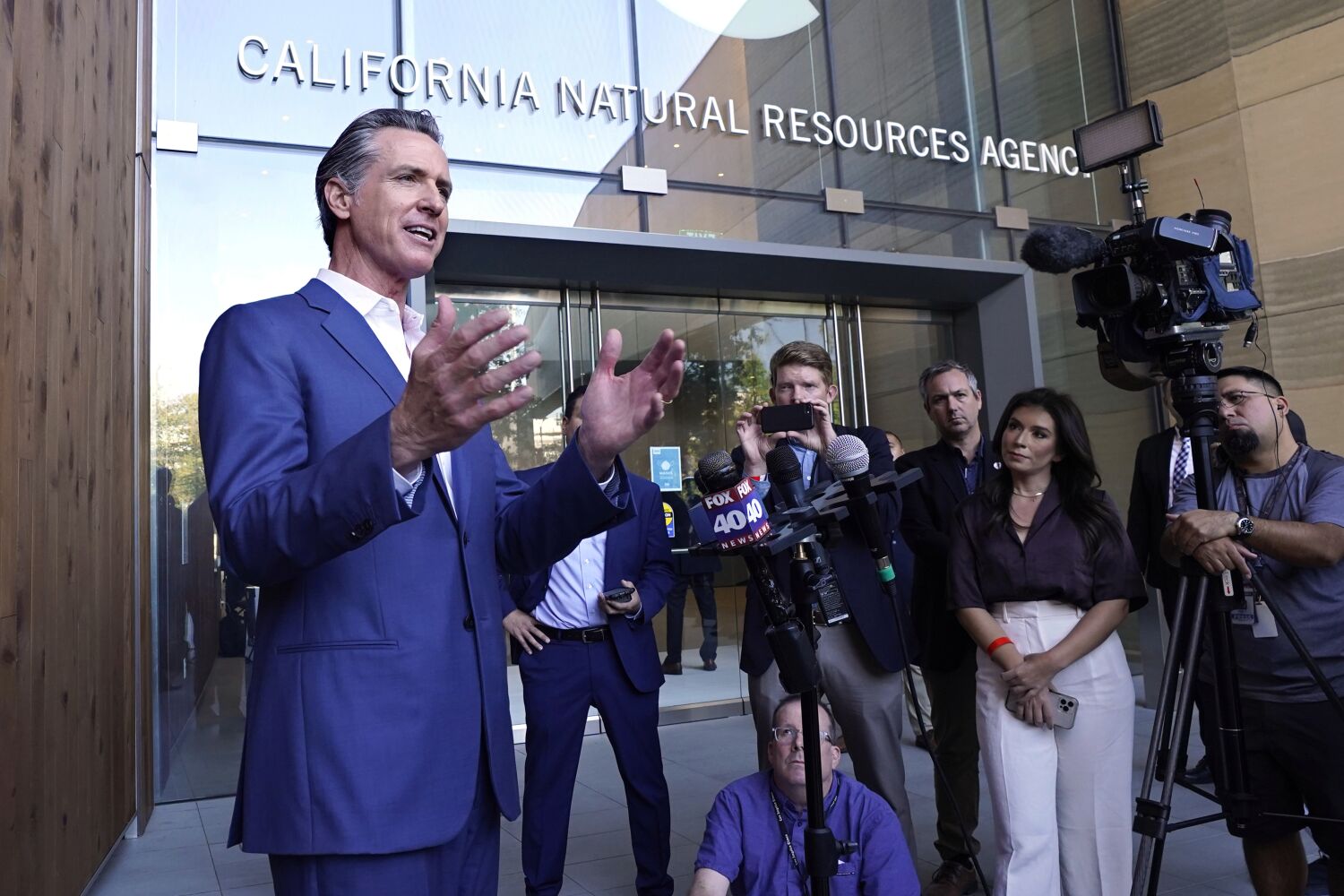 In a statement, Newsom reiterated his call for a price-boosting penalty “to put those profits back into the pockets of Californians.”

Valero’s third-quarter financial report showed the San Antonio-based company made $2.82 billion from July through September, Newsom noted, up more than 500% from its reported earnings of $463 million in the same quarter last year.

“These gains came amid a record rise in gas prices for consumers over the period, even as crude oil prices have fallen,” Newsom said.

“Big Oil is ripping off Californians, raising gas prices and making record profits,” Newsom said. “When Valero increased its profits by over 500% in just one year, Californians paid for it at the pump instead of passing on those savings.”

Other oil companies are expected to release their third-quarter earnings reports in the coming weeks.

The governor said he took action to bring prices down by ordering a switch to winter blend gas and holding oil companies and refiners doing business in the state accountable.

Newsom’s office credits his actions with contributing to an 11 percent reduction from California’s all-time high of $6.42 a gallon to $5.71.

Valero’s western region profits, derived from its California refineries, exceeded 60 cents a gallon, according to the nonprofit Consumer Watchdog.

“This is only the second time since 2001 that it has reported a windfall of over 50 cents a gallon,” Consumer Watchdog said. “The first time was the second quarter of 2022 when California earnings were 83 cents a gallon. Valero’s earnings in California were again higher than any other region in the country and in the world.”

This month, Newsom announced that he would call a special legislative session on December 5 so lawmakers could consider passing a tax on excessive profits made by oil companies as a result of the rise in California gas prices.

The governor said he is working with the leadership of the Democratic-controlled Legislature to find the best way to tax the profits and return that money to Californians, who get stung every time they fill up their gas tanks.

“It’s just price gouging. You can get away with it,” Newsom told reporters at the time. “They take advantage of you, every single one of you, every single day. Hundreds of millions of dollars a week they pocket, line their pockets at your expense, and then pollute this planet and leave us with all the external realities and costs that come with it.”

Valero spokesmen did not respond to a request for comment Tuesday.

Cute Hiking Outfits: 18 Pieces For Function & Fashion On The Mountain

Column: May Jose Huizar’s fall be the end of the ‘Eastside politico’