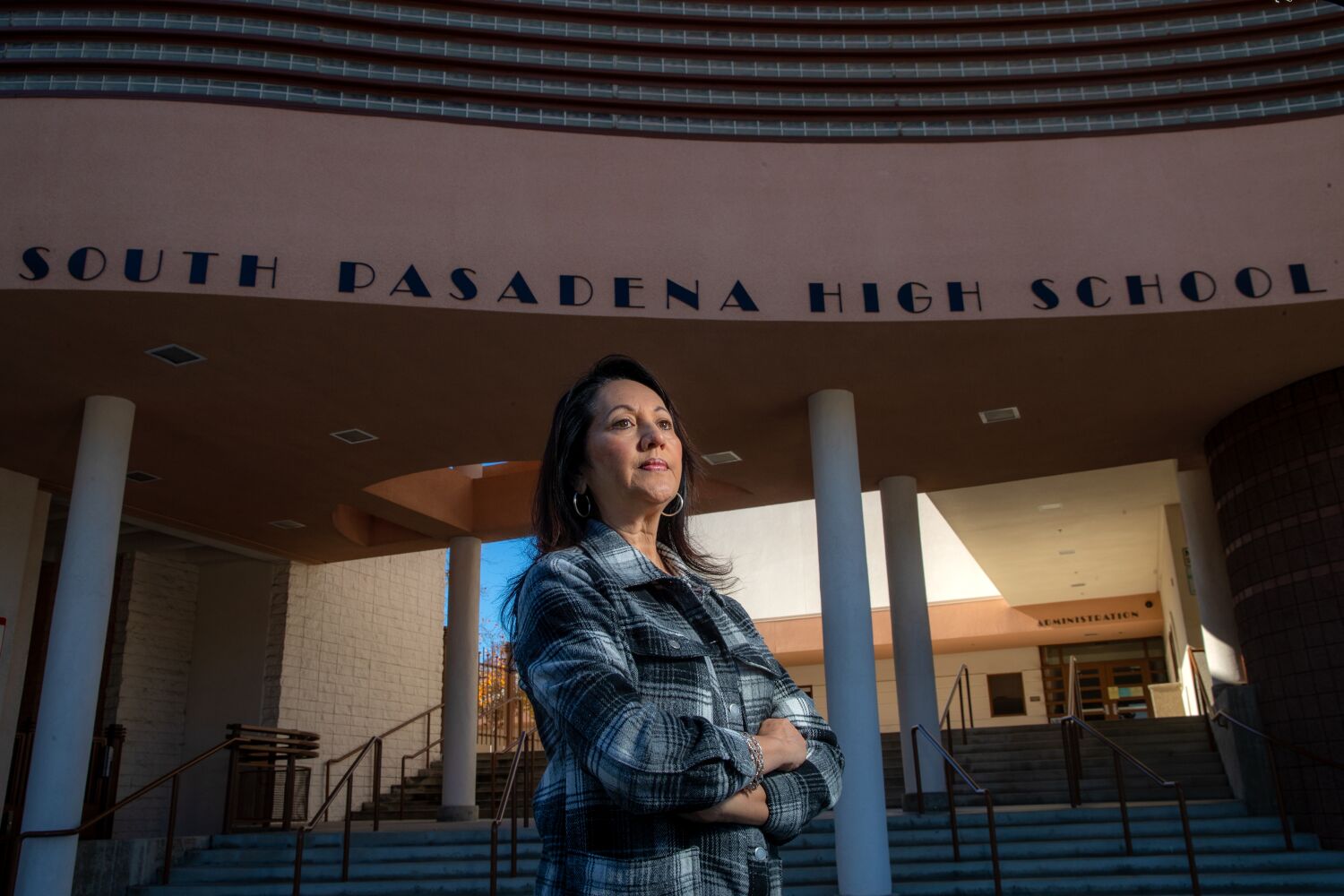 Two years ago, with Anne Bagasao Daughter Grace was a sophomore at South Pasadena High School, reluctantly turning to her mother with a request, knowing money was tight. Many of her fellow students planned to advance by taking US history, a graduation requirement, in a course offered by an educational foundation that supports the district over the summer. She wanted to do the same. The cost was more than $500.

Bagasao, a single mother, had no money. But she was determined that her daughter should have the same educational opportunities as her friends. She applied for college grants that offered partial help and accepted a payment plan to cover the balance.

“It was humbling from start to finish,” Bagasao said.

But across California there are private educational foundations that support them public school districts, rent campus space and host summer schools with tuition costs up to $720 for a class. Their programs fill a void for school systems that cannot afford to offer free summer classes.

On Wednesday, attorneys from the pro bono law firm Public Counsel and others filed lawsuits against the state of Supt. of Public Instruction Tony Thurmond and the Department of Education say the fees are illegal. By allowing these fee-based programs to thrive without government oversight, California violates its responsibility to ensure access to free public education, the lawsuit argues.

“For all practical purposes, these educational foundations act as fronts for school districts, allowing them, among other things, to collect tuition from students for summer school offerings,” reads the complaint filed in LA County Superior Court.

Programs are billed as a way to advance, particularly for high school students. Students may be credited for attending summer courses required for graduation or meeting college entrance requirements, such as algebra, geometry, and US history. This frees up valuable time during the school year to take advanced courses, improve their credentials, or even pursue extracurricular activities.

Each program is unique, but the foundations often work closely with districts—using public school campuses and approved curriculum, and hiring district teachers and administrators to run the summer school. When tuition income exceeds operating costs, the money is often returned as a donation to the districts.

Families and supporters of the summer schools say the programs offer valuable academic opportunities and enrichment for students, despite a lack of government funding for such programs. They also point out that the foundations are separate legal entities from the districts and have the right to lease campus space in accordance with district policies.

Such programs have thrived across the state for years — particularly in counties in affluent communities where many families can more afford to foot the bill.

In Arcadia last summer, students could take Algebra I or Geometry for $690 or Chemistry for $720 on the Arcadia High School campus as part of a summer school offered by the Arcadia Educational Foundation whose “purpose is to raise funds for the Arcadia Unified School District”. to his website.

In Manhattan Beach, the MBX Foundation, which supports the Manhattan Beach Unified School District, offered a variety of 10-credit classes for $650. The net proceeds, according to the foundation in a presentation to parents, “will be granted to MBUSD.”

In response to questions about the fees, state officials said anyone can lodge a complaint about suspected illegal fees with a local school principal and that counties should weigh several factors to determine whether a summer school is allowed.

In September, the State Department of Education sent districts a guidance letter in response to questions from the prosecutor and other attorneys. In some cases, districts should consider “the organizational structure of the third party, such as whether it is a separate legal entity and degree of independence” from the district and “the relationship between the third party” and the district.

Mark Rosenbaum, an attorney for public counsel, said the burden on parents of filing grievances in individual cases allows the state to shirk its responsibilities.

“The state’s willful indifference to paying for learning programs on its own campus rewards law-showing districts and families with resources to provide their children with a competitive advantage that our constitution has prohibited,” the statement said Legal action.

In Arcadia, the Arcadia Educational Foundation Summer School has been offering a range of courses for years.

In the elementary level, students are offered fun courses such as “Wild World of Animals”, “Young Einsteins” and “Medieval Chaos”.

The high school program allows students to take several core courses — such as algebra, geometry, biology, and chemistry on the Arcadia High School campus. Fees range from $175 for a no-credit college essay workshop to $720 for some 10-credit classes.

The course catalog indicates that some summer courses, such as biology, are not recommended for students with limited English skills.

Last year, Arcadia High’s Principal and Assistant Principal, who served as the summer school’s principals, sent a letter noting that the program offers students an opportunity to improve their GPAs and progress toward graduation and college entrance requirements accelerate. The foundation leases the high school facilities, equipment and other materials from the district, the letter said.

Ryan Foran, spokesman for Arcadia Unified, said students who need credit restoration courses can take them for free through the district during the summer. And, he said, students have the opportunity to take summer courses for credit through a variety of community programs. The foundation and its summer school are entirely separate from the district, he said.

“They rent our facilities, just like any other organization. For example AYSO, Boys Scouts, Girls Scouts, Little League, City of Arcadia, etc.,” he said.

Foran also noted that California’s school funding formulas — which provide more funding to schools with a large concentration of low-income students, English learners, and foster youth — create a situation where counties like Arcadia, with fewer such students, are “absolutely forced to focus on it.” to rely on external sources of funding, such as B. an educational foundation.”

Children who have gone through the program have fond memories of summers spent playing an instrument, learning to code, or studying movies. Others take a more academic approach with courses like Getting Ready for Kindergarten or Jump Start to Math.

At the high school level, students may take courses required for graduation or college admission. Each day of instruction corresponds to “roughly one week of instruction during the regular school year,” the catalog says. “Summer school classes require serious commitment.”

Emilia Aldana, President of the Foundation’s Executive Committee and mother of three students in the district, said her children have been successful in the courses attended during the Foundation’s summer school. Some of the courses were for fun or for enrichment – like oceanography and paper airplane making. Others allowed them to strengthen their academics.

“We are grateful for the experience we have had here in South Pasadena. For the way they grew and their trajectory,” Aldana said.

She also noted that while the costs can be significant, the foundation offers help with tuition.

“It’s not exclusive to anyone. And there are resources available to people when they need them,” she said.

Stacey Petersen, executive director of the foundation, said in an email that the program is helping fill a gap left by a lack of government funding for the summer school.

“The South Pasadena Unified School District does not receive ongoing annual federal funding to offer a free, comprehensive summer school program of credit-restoration or enrichment courses and electives, nor is it required by the California State Education Act,” Petersen said. “SPEF is a separate entity that is allowed to offer educational programs for a fee.”

Grace Dennis, whose mother Anne Bagasao struggled to pay for her summer US history course and said when she struggled to keep up with the course, it was extremely stressful.

“Not only was I worried about falling behind in a class, I was freaking out because if I failed, we would have spent so much money,” said Grace, who passed the course. “The pressure of money has made this experience so much worse.”

Bagasao recalls her daughter working long hours to catch up on classes, as they both feared the money would go to waste.

“It was awful. I hated seeing my daughter go through that,” she said. “It’s very hard not to be wealthy in South Pasadena.”