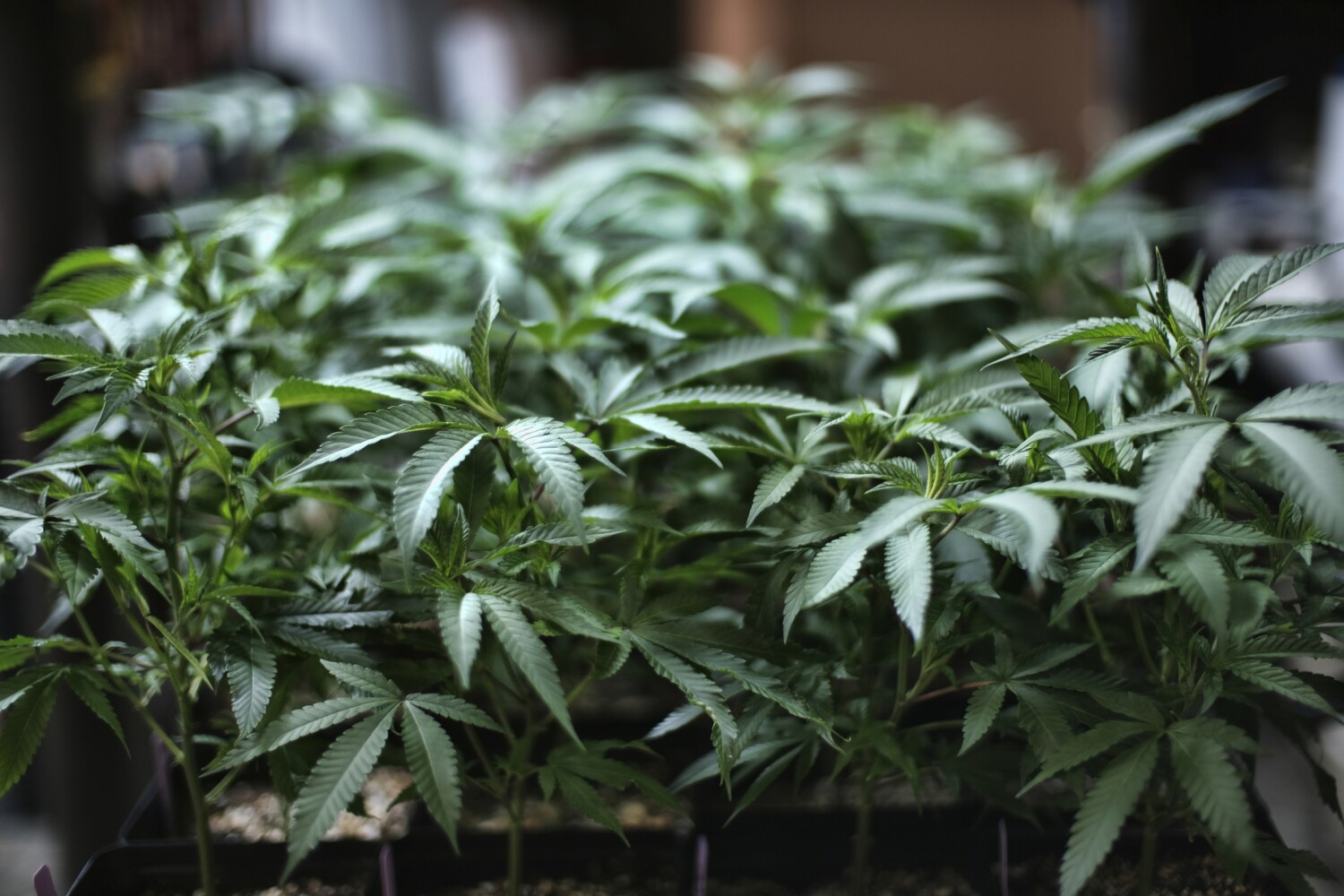 Tax cuts and other reforms are on the horizon for California’s cannabis industry as authorities seek to overhaul a system that companies, growers and others say has been hampered by over-regulation.

A bill signed into law by Gov. Gavin Newsom last week will lower a cultivation tax imposed on cannabis growers and shift excise collection from distributors to retail establishments, according to the California Cannabis Industry Assn.

“While imperfect, we have achieved some significant victories of which we should be proud,” the federation said in a statement.

When Californians voted to allow recreational marijuana sales in 2016, proponents envisioned a system of thousands of stores and farms that would receive state licenses. Officials promised “social justice” to those hardest hit by the war on drugs.

In Los Angeles, a program targeted entrepreneurs with a record of marijuana arrests, those on low incomes, and people living in areas disproportionately affected by cannabis arrests.

However, growth in the legal market has been hampered by complex and confusing regulations, high taxes, and decisions by some municipalities to ban cannabis stores. Industry experts and lobbyists have been fighting for reforms ever since.

The new law, AB 195, is being touted as a step in the right direction.

“CCIA has been campaigning for the abolition of the cultivation tax since it went into effect four years ago,” the Cannabis Association’s statement said. “Zeroing the crop tax indefinitely and shifting excise duty collection from distribution to retail are big wins for our industry! We also achieved tax breaks for at least three years, successfully rolled back an automatic tax increase that would have gone into effect in 2024, strengthened enforcement against unlicensed operators, and added additional relief for social rights operators.”

Other reforms introduced by the new law include capping the excise duty rate at 15% for three tax years, although it can be increased after July 1, 2025; allow social justice licensees to keep 20% of the excise taxes they collect to reinvest in their businesses; Equity Licensees Eligible for a $10,000 Tax Credit; $40 million in tax credits, including $20 million for certain retail outlets and micro-enterprises and $20 million for cannabis equity operators; and adding enforcement tools to combat the illicit cannabis market.

In its statement, the industry group said the work is far from complete and that the regulated cannabis industry’s survival requires providing stable tax revenues to the state and promoting public health and safety.

“The most visible improvement will be support for the legal, regulated cannabis market,” Raich said. “The problem we’ve had since 2018, when we entered this regulated and taxed paradigm in California, is that the regulations are too strict and too strict and the taxes are so high that the vast majority of the market is still the underground market is.”

Regulations have driven prices so high that a person buying from the unregulated “legacy market” is likely paying 50% less than buying from a licensed pharmacy, he said.

The system, in place before AB 195 was passed, also made it difficult for small farmers to make a living, Raich said.

“If you want to encourage small businesses rather than giant industrial plants, then getting rid of this crop tax is an important element in achieving that goal,” he said.

Although businesses and farmers will get some relief from the crop tax, the consumption tax is still too high and will continue to drive businesses and consumers into the underground market, Raich said.

“Frankly, the consumption tax should also be abolished or at least greatly reduced,” he said.

Nevertheless, the industry is celebrating this victory, said Raich.

“It’s universally praised for what it does, even if we didn’t get everything we wanted,” he said. “If you are a cannabis user, it makes a big difference. You can buy safer cannabis that has been tested. You save money.”

And those who don’t use cannabis should also be happy to see the bill passed, Raich said.

“It’s estimated that only 20% of the total market is legal, which means about 80% of the market is the underground, legacy, unregulated market,” he said. “It’s a very visible mistake. If we want to make sure people operate legally instead of keeping them criminals, then we need a system that actually works.”