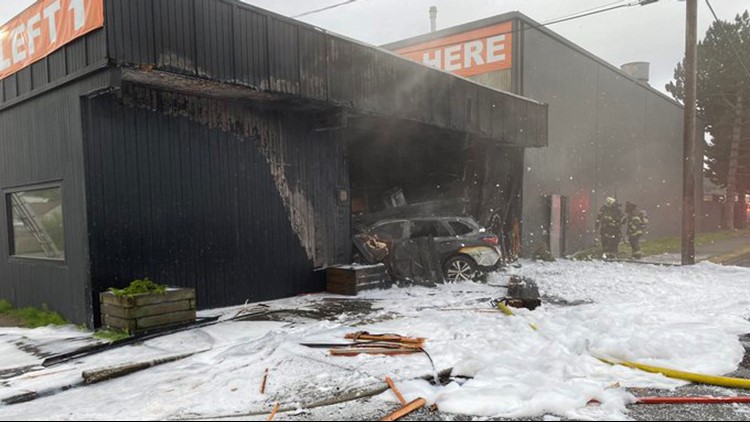 SEATTLE — A car crashed into a building in Seattle’s Georgetown neighborhood Wednesday morning, starting a fire and causing several roads along South Michigan Street to be closed.

The Seattle Fire Department Tweeted just before 7am that emergency responders were responding to a car crash into a building near the 700 block of South Michigan Street. Officials upgraded the incident to a two-alarm fire, but managed to put the blaze down, according to Seattle Fire.

The Seattle Department of Transportation said the collision blocked all lanes of South Michigan Street from 4th Ave to Corson Ave S. Traffic officials urged the public to avoid the area.

According to the fire department, a 35-year-old man was behind the wheel at the time of the collision. The man was taken to Harborview Medical Center in stable condition, officials said.

State lawmakers aim to give L.A. a reprieve on housing deadline