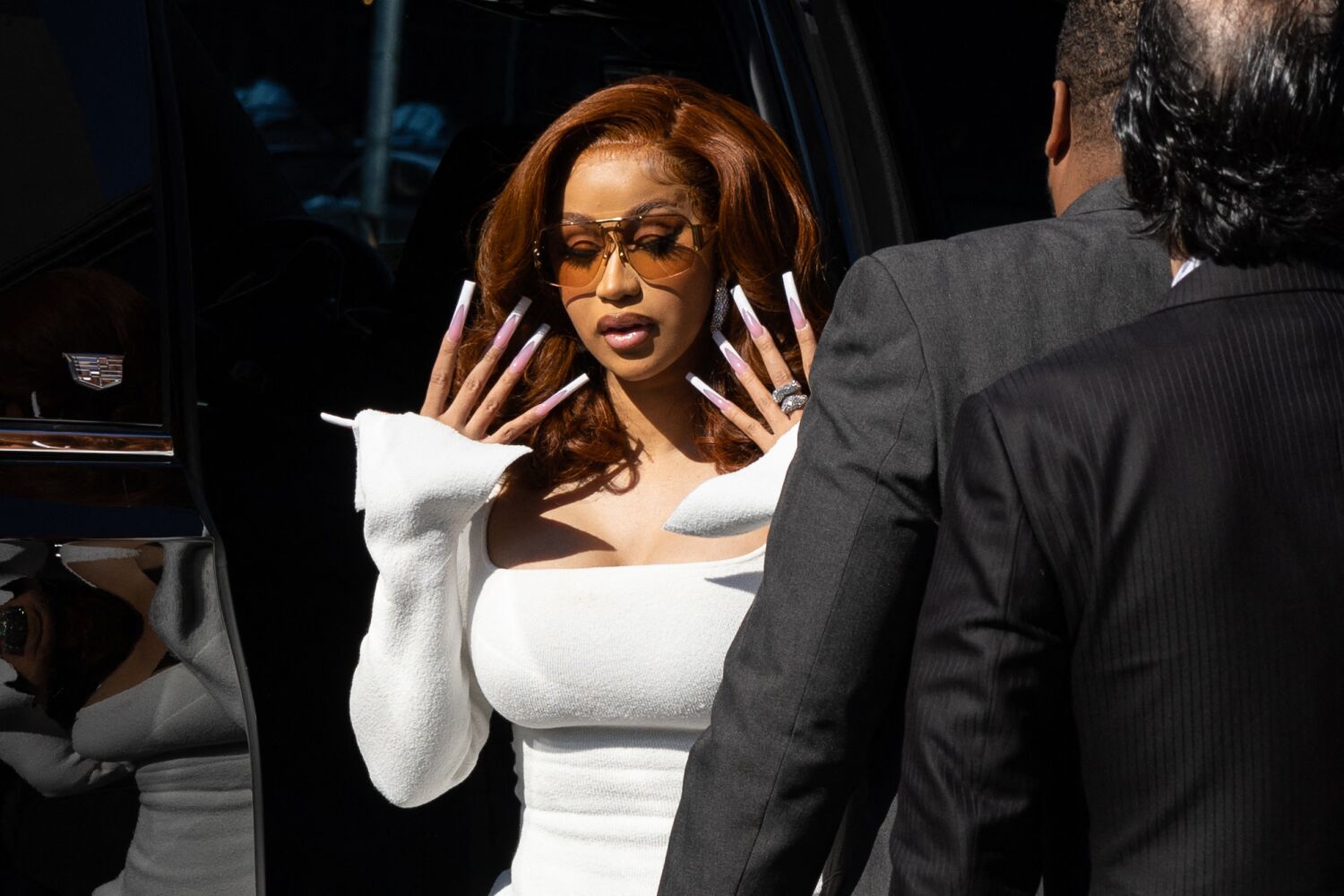 Cardi B on Thursday owned up to two misdemeanor charges stemming from an August 2018 altercation with two sisters who were bartenders at a strip club in Queens, NY

The rapper – real name Belcalis Almánzar – pleaded guilty to third-degree assault and second-degree reckless endangerment, according to a spokesman for the Queens Attorney’s Office. She was sentenced to 15 days of community service, a three-year full protection order for the two victims, and court costs.

“Every day the sun doesn’t shine but that’s why I love tomorrow,” the 29-year-old performer wrote on Instagram on Thursday, captioning a photo of herself as she arrived at the courthouse. In comments on the post, she was praised for her “movie star look,” which included a form-fitting white dress, straight copper hair, and extra-long glamor nails.

Queen’s Dist. atty Melinda Katz was a little more formal, saying in a statement: “No one is above the law. By today’s plea of ​​guilt, Ms. Belcalis Almánzar and two co-defendants have accepted responsibility for their actions. This office is pleased with the decision, which includes appropriate community service.”

The argument in 2018 reportedly erupted because the “WAP” rapper suspected one of the women was sleeping with her husband, rapper Offset, who was performing with his group Migos at the Angels strip club that night. Chairs, bottles and hookahs were thrown, police said at the time, slightly injuring this woman and another club employee. Cardi B reportedly had at least nine other people in her entourage at the club, all of whom fled after the 3 a.m. melee.

After being identified as a suspect in the fight by a strip club employee, Cardi B turned himself in to police.

In October 2018, a local New York news station reported that surveillance video showed the rapper throwing an ice bucket at the two women. Cardi B previously confronted the two in Atlanta in June 2018, the broadcaster said.

In May 2019, Cardi B turned down a plea deal that would have gotten her parole for initial misdemeanor. After she nixed the deal, her case was escalated to a grand jury, which subsequently charged her with two counts of attempted assault and various misdemeanors, including molestation, criminal solicitation, conspiracy, and reckless endangerment.

Those charges were later narrowed down to the two misdemeanors the rapper pleaded guilty to this week. Ten other charges against the rapper were dismissed Thursday, People reported.

Since the argument, Cardi B and Offset – real name Kiari Kendrell Cephus – became parents to son Wave Set, 1. Daughter Kulture Kiari, 4, was a toddler at the time.

‘The Last Of Us’ remake on PS5 reportedly releasing this year

Gangsta Boo Blasts Dr. Ish After He Confronts Her Over White Powder