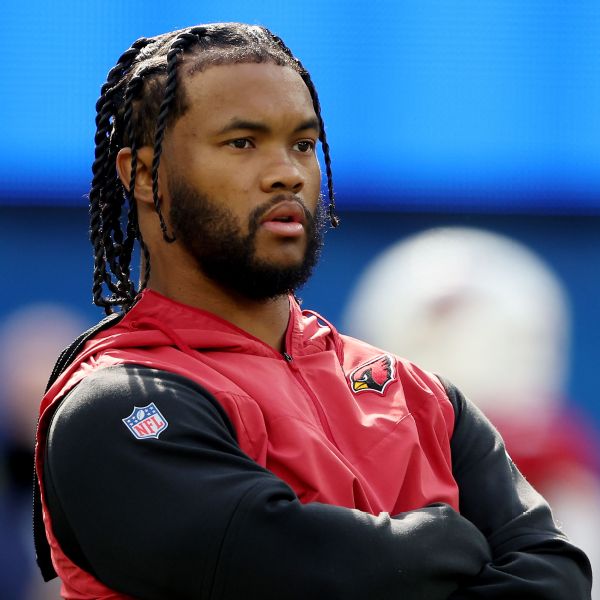 Murray was listed as questionable in Saturday’s injury report after being restricted in training all week. He tested the Achilles tendon early in Friday’s practice by running the length of the field. On Friday, trainer Kliff Kingsbury said Murray was “making progress” and had “come a long way”.

Murray first injured a hamstring in Week 8 against the Minnesota Vikings and then aggravated it in Week 9 against the Seattle Seahawks before missing Arizona’s Week 10 game against the Los Angeles Rams.

The injury could keep Murray out of at least one more game beyond Monday night, a source told ESPN’s Jeremy Fowler. It’s possible Murray’s return won’t come until after Arizona’s departure in Week 13, depending on how well the Achilles tendon heals.

Cardinals wide receiver DeAndre Hopkins is expected to play despite suffering a hamstring injury of his own, but fellow receiver Marquise Brown is not expected to play, sources told Schefter.

Brown’s 21-day practice window was activated on Wednesday. He was placed on injured reserve on October 20 with a broken foot.

The Times podcast: Hospice for the homeless

More changes at CNN as top programming executive to leave

Despite June swoon, Dodgers not mixing up lineup, at least not yet

‘I was in a living hell’