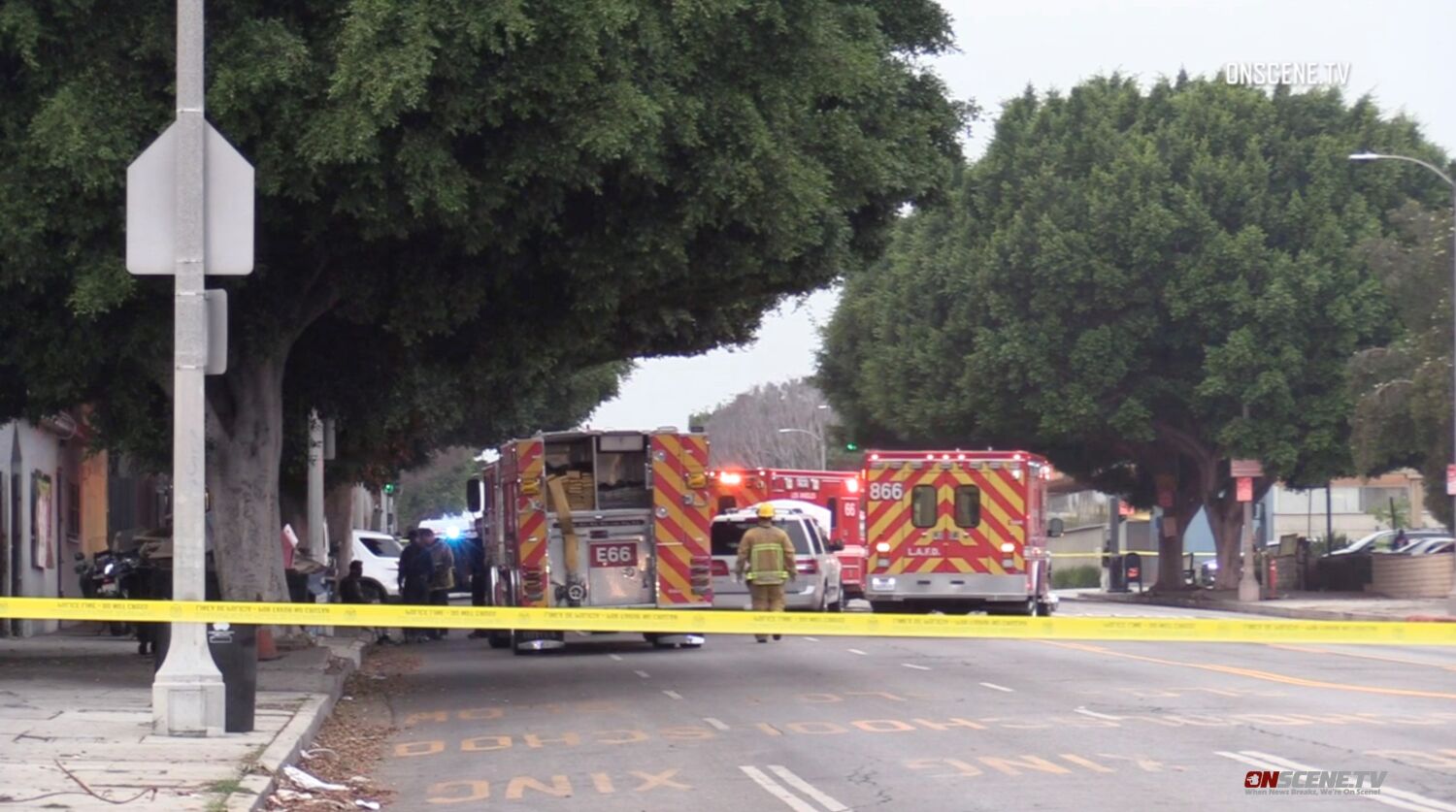 A man killed when he was pulled more than two miles under his SUV after being hijacked by car in south Los Angeles last week has been identified, authorities said.

Larry Walker, 63, of La Habra, died of multiple blunt force trauma injuries in Thursday’s incident, according to the Los Angeles County Coroner’s Office. His death was listed as a homicide.

The incident began around 5 p.m. when detectives saw a murder suspect, later identified as Joshua Reneau, at the 5900 block of 7th Avenue, north of Inglewood, Los Angeles Police Department said. Reneau was wanted in July in the West Valley as a suspect in two shootings, one of which resulted in death.

Reneau got into the back seat of a Toyota Prius and officers were unable to stop the car as the driver sped away. The Prius crashed near Florence and Haas Avenues in Inglewood after a brief chase, police said. The Prius driver was later identified as Jamal Sutherland, 34, who was arrested on tax evasion charges.

Police allege that Reneau then ran out of the crashed Prius and stole Walker’s SUV, police said. Walker became entangled in a seat belt when Reneau forced him out of the SUV and was pulled under the vehicle during the chase.

Reneau struck several police cars before overturning the stolen SUV at Florence and Prairie Avenues and coming to a stop, police said. Walker was pronounced dead near the crash site.

Law enforcement officers had a two-hour break with Reneau before he exited the vehicle. He was taken to a hospital to be treated for his injuries sustained in the accident. He is facing additional charges in connection with Walker’s death, police said.

https://www.latimes.com/california/story/2022-10-16/larry-walker-identified-as-inglewood-carjacking-victim Carjacking victim dragged under his vehicle is identified