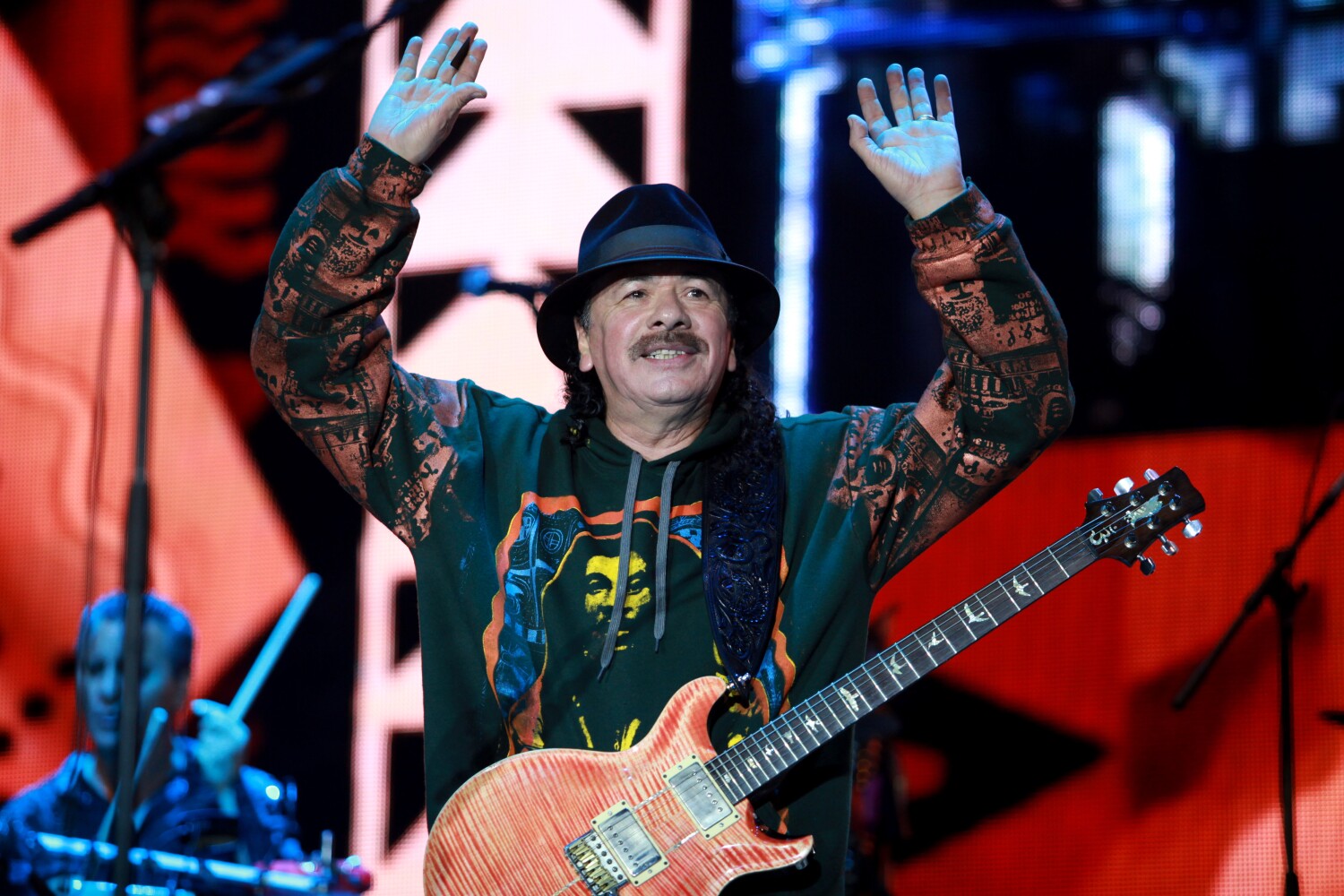 The 74-year-old rock musician, who was rushed to a hospital on Tuesday after collapsing while performing in Michigan, has had to postpone the half-dozen tour stops “as a precaution for the artist’s health,” according to his manager, Michael Vrionis, in a statement published on Santana’s website on Saturday.

“Doctors have recommended that Mr. Santana rest to make a full recovery,” Vrionis said after the artist suffered from heat exhaustion and dehydration days earlier.

Shows affected include concerts in Indiana, Ohio, Wisconsin, Arkansas and two shows in Texas scheduled for this week. A show in Pittsburgh, Penn. scheduled for July 6 has already been pushed back to August 4.

The Miraculous Supernatural Tour, which the “Smooth” rocker co-helms with Earth, Wind & Fire, will resume on July 23 in Paso Robles, Calif. and continue as planned through the end of 2022, the statement said. The tour began on June 17 in Chula Vista, California and reached Banc of California Stadium in Los Angeles on June 18. It was originally scheduled to end on August 27th in Tampa, Florida.

Live Nation will announce the postponed show dates and all previously purchased tickets will be redeemed for the new dates.

“Carlos is doing well and looking forward to getting back on stage soon. He just needs rest,” Vrionis said in the statement. “Santana deeply regrets the postponement of his upcoming performances; but his health is our main concern. He looks forward to seeing all of his fans again soon.”

The 10-time Grammy winner, known for the hit songs “Maria Maria,” “Black Magic Woman” and “Oye Cómo Va,” took to Facebook late Tuesday to thank fans for their “precious prayers,” and they know admitting that he and his wife, Cindy Blackman Santana, “are fine” and “just take it easy”.

Blackman Santana said on Facebook that the musician was performing in 100-degree weather when he collapsed during his show in Clarkston, Michigan last week and that it was 114 degrees under the stage lights.

“[S]o That along with not enough water caused the problem,” wrote the drummer. “It’ll be as good as new soon! Thank you again and we love you!”