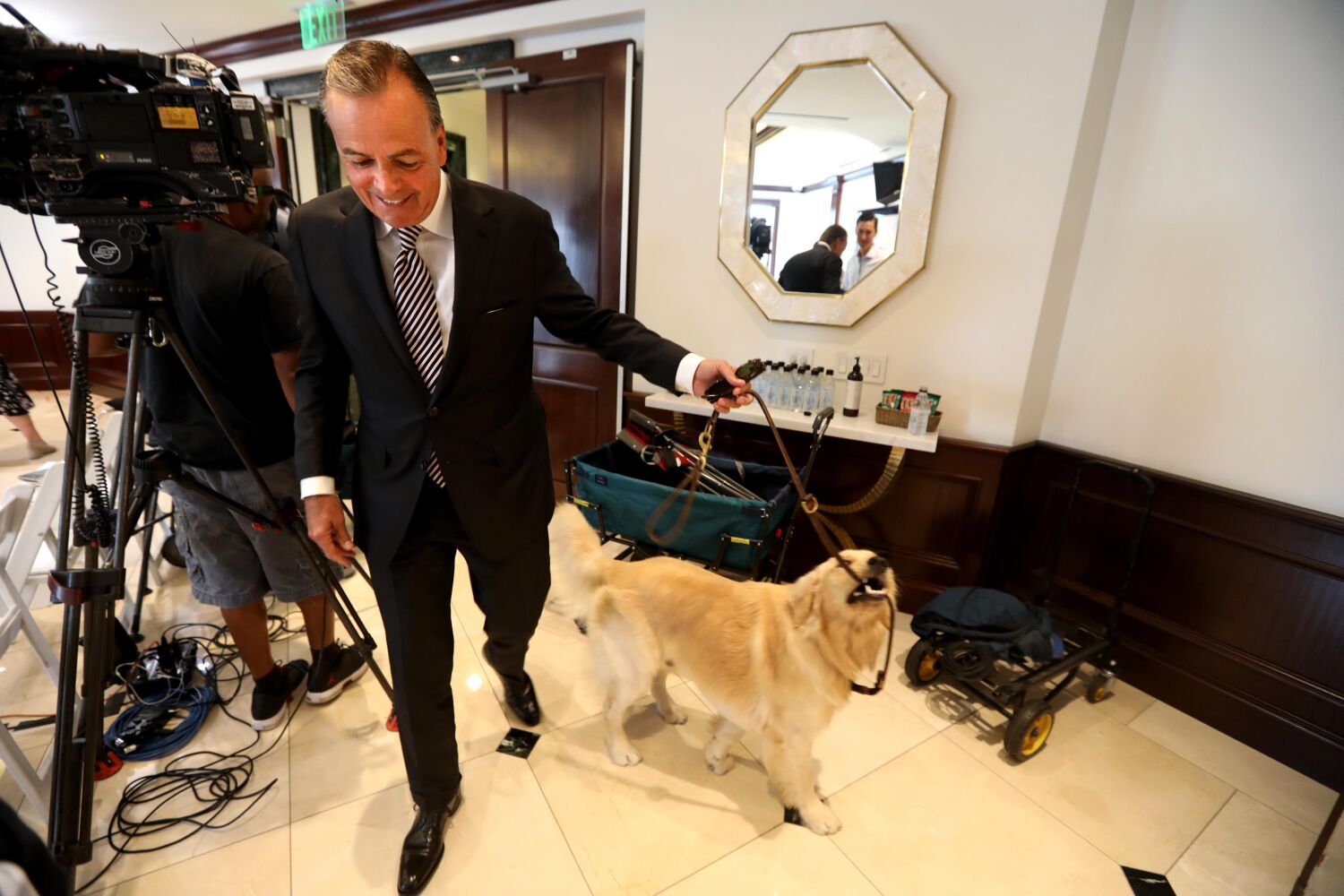 After a dormant summer on the airwaves, Rick Caruso’s mayoral campaign on Thursday reserved $17 million worth of television advertising time to be spread over the remaining weeks of the race — a commitment that doesn’t include cable or digital advertising, meaning total spending likely to increase .

It’s a colossal sum — likely the largest single-day ad reservation ever placed at a local LA race — and a level of spending that could help Caruso close the double-digit margin in the Nov. 8 general election.

According to media-tracking firm AdImpact, the real estate developer is expected to spend about $2.3 million a week on broadcast advertising leading up to the general election. That weekly number is about three times what Rep. Karen Bass spent on all television advertising before the primary.

After finishing the June primary seven points behind Bass, Caruso lost ground over the summer, according to a UC Berkeley Institute of Governmental Studies poll co-sponsored by The Times. The August poll showed Bass 12 points ahead of Caruso.

Caruso spent more than $22 million on radio and cable advertising ahead of the spring primary — a portion of the more than $40 million he spent total — but stayed off television throughout the summer and into September, which sparked speculation that he might rein in spending for the fall.

But the largely self-financed candidate doesn’t seem to be tightening his belt.

“This is what you have to do to cover up a record as an anti-choice Republican,” Bass spokeswoman Sarah Leonard Sheahan said of Caruso’s ad buying.

Caruso has been open about his support for abortion rights during the campaign, but has made donations to anti-abortion groups in the past.

“If you’re part of a culture of corruption that has led to homelessness and crime in Los Angeles, is it any wonder Karen Bass resorts to lies and mudslinging?” Caruso spokesman Peter Ragone shot back.

Bass has not yet placed any TV ad buys for the federal election. With the latest campaign finance records not due until the end of the month, it’s difficult to estimate how much money she raised over the summer. But without great personal wealth and the ability to self-fund her campaign, it’s unlikely she’ll be able to counter more than a fraction of Caruso’s publicity spend in the general election.

Support from various outside groups — which aren’t subject to campaign finance regulations that limit individual donations to candidates to $1,500 per cycle — will likely help her fill some of that gap.

A political action committee sponsored by the Southwest Regional Council of Carpenters reserved over $1.1 million in cable and airtime for ads in support of Bass. This purchase extends over a period of three weeks from mid-October.

Communities United for Bass for LA Mayor, an independent political action committee that supports Bass’ candidacy and has raised money from a number of high-profile Hollywood donors, is likely to return to television sometime before the November election.

Bass was heavily favored by local labor groups during the campaign, and the Los Angeles County Federation of Labor recently formed a committee to support her candidacy.

“Here he goes again and tries to buy this election. Rather than build affordable housing or donate his fortune to solving the homelessness crisis, Rick Caruso again announced that he was foolishly pouring millions more into his mayoral campaign,” Miller said, implying that the money “didn’t work in June elementary school and it won’t work in the general election in November.”

The Bass Campaign hasn’t discussed its promotional plans, though her campaign has sent out donation emails asking supporters to contribute to “Karen’s TV Promotional Fund.”

“We expect Caruso to start attacking Karen any day now. We need to be prepared to respond to that,” Bass campaign manager Jenny Delwood wrote in a donation email last week. The email gave a target of $40,000 in donations for the TV ad fund by the end of the week — a figure roughly one-eighth of what Caruso plans to spend on TV ads per day for the next two months.

Caruso’s ability to spend such large sums on advertising “is definitely an asset” and could help him gain more traction, said veteran political strategist Bill Carrick.

“But to me, the problem that Rick has is essentially structural in the campaign,” Carrick said. “There’s a hell of a lot of Democrats who have decided they’re uncomfortable voting for him because of his political past.”

Carrick said he doesn’t think omnipresence alone can solve this problem: “He needs to have a message that tells people he’s a Democrat and why – What we’re missing is the why part.”

A Revolution Is Coming in Heart-Disease Treatment

Will California Law Allow UCLA to Play in the Big Ten?