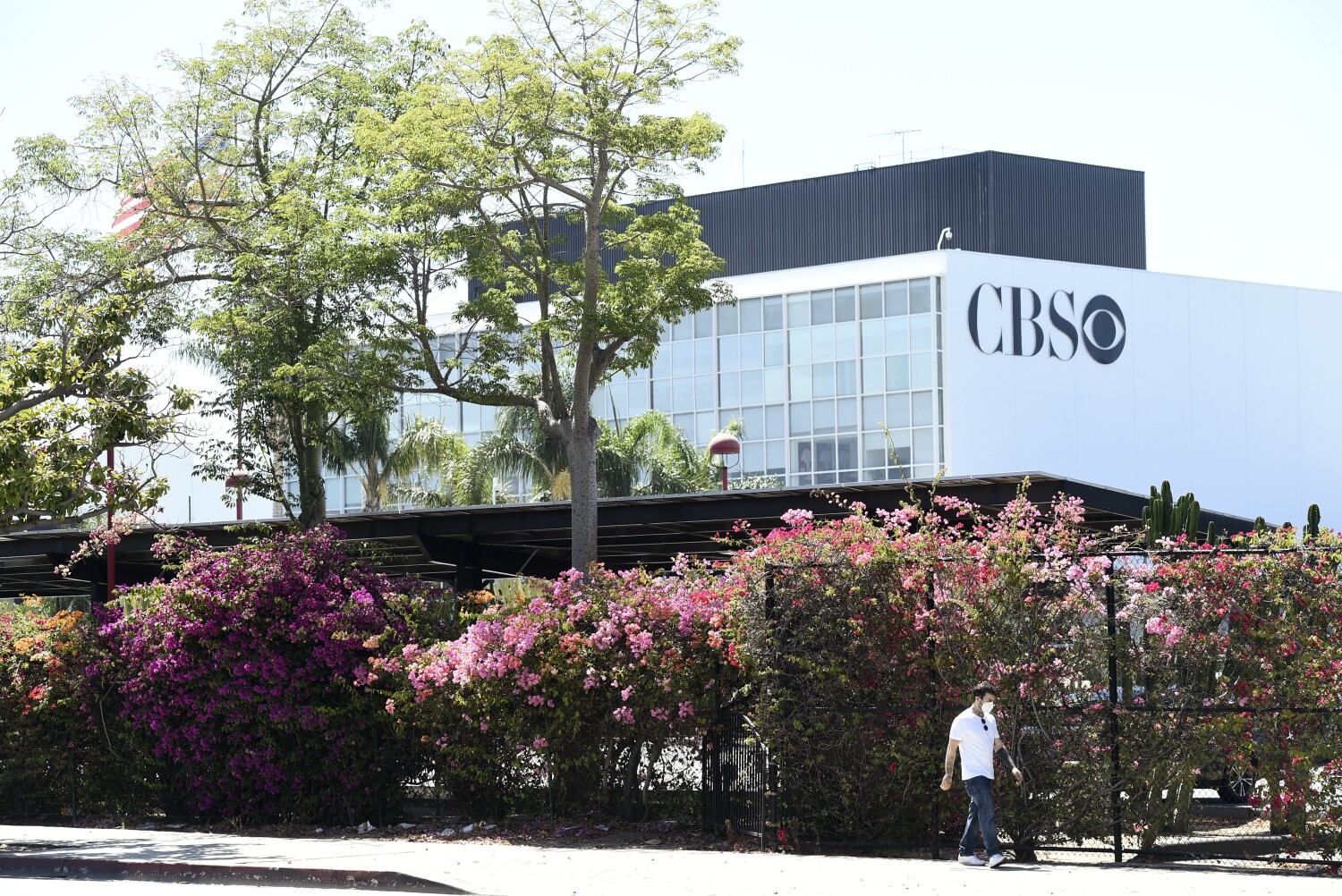 As a candidate for mayor, real estate developer Rick Caruso has spoken of the need to keep entertainment productions in the city of Los Angeles.

But as a businessman, Caruso is locked in a battle over plans to modernize and expand LA’s famed CBS Television City studios, which are adjacent to the Grove, the flagship retail complex Caruso developed two decades ago.

In a letter to neighbors sent earlier this month, The Grove and the adjacent Original Farmers Market expressed “deep concern” about the Television City overhaul plan, calling it a “massive-scale, speculative development that, if they approved, would overwhelm, disrupt, and change the community forever.” Both companies urged recipients to visit a website and social media accounts for the Beverly Fairfax Community Alliance, a group opposed to the studio project — and the Grove counts among its members.

The development struggle could complicate Caruso’s message as a businessman focused on boosting the region’s economy. And it raises questions about how, if elected, Caruso would respond to companies whose activities may conflict with his company’s interests.

A campaign spokesperson declined to answer questions about whether Caruso’s eponymous company formed the Beverly Fairfax Community Alliance, referring questions to that organization. But Ilysha Buss, director of marketing for AF Gilmore Co., owner of Original Farmers Market, said her company and Caruso’s formed and are funding the alliance.

Buss, speaking on behalf of the alliance, said the group opposes the zoning plan in its current form because it would designate the location of TV City as a “regional center,” which it described as “very off-scale and unsuitable for this neighborhood.”

An executive from Hackman Capital Partners, which acquired CBS Corp.’s Television City location in 2018. bought it and wants to redevelop it, told The Times that his company has met repeatedly with representatives from Caruso’s company to discuss the project. During these meetings, Caruso executives focused on the impact the project would have on Grove Drive, which serves as the entrance to the mall’s parking garage and valet parking, said Zach Sokoloff, senior vice president at Hackman Capital Partners.

Sokoloff said representatives from Caruso’s company have threatened to fuel community opposition to the proposal if Hackman Capital “does not capitulate to the demands they had for our proposed use of Grove Drive.”

“More recently,” he added, “their legal counsel addressed this threat directly to our legal counsel, implying that if we didn’t dramatically limit our proposed use of Grove Drive, they would launch a public and aggressive community campaign and activate hundreds community members and sowing opposition to our proposed modernization of the studio.”

The Fernsehstadt proposal, known as the TVC 2050 Specific Plan, would allow for a significant expansion of the site’s sound stages and production offices.

According to a draft environmental impact report released by the city last month, the site at Beverly Boulevard and Fairfax Avenue would be allowed to contain nearly 1.9 million square feet of studio, office and retail facilities, about 2½ times what currently exists . The increase would allow the property to house an additional 5,700 jobs, the report said.

Sokoloff said recent meetings between Hackman and Caruso’s team began in April and included Caruso’s chief development officer, Corinne Verdery, who is scheduled to become his company’s chief executive on September 1. Caruso previously said Verdery would assume his position as CEO if elected mayor of LA; The new plan was revealed in an internal announcement on Friday, according to Jessica Wong, Caruso’s senior vice president of public relations and marketing.

Wong denied in an email allegations that Caruso’s team threatened to campaign against the Television City proposal. However, she confirmed that the company is concerned about the impact of the project – and has been in “confidential settlement discussions” with Hackman.

“We have not resolved the issues of traffic, parking and construction impacts, and to the best of our knowledge, no other party has resolved the issues,” she said. “Part of the problem is that we really don’t know what the actual project is, because that [environmental impact report] does not have a detailed project description.”

Last month, another Caruso executive appeared before a Mid City West Neighborhood Council committee and said the Television City project would create “complex” problems for the neighborhood, including traffic, parking and construction.

The Beverly Fairfax Community Alliance was blunt, warning that the expanded site would double the height of Beverly Center and would congest Fairfax, Beverly, La Brea Avenue and 3rd Street with traffic.

“Even those used to living with LA traffic and parking nightmares will be shocked at how much worse it can be,” the group said on its website.

The Beverly Fairfax Alliance posted a job listing on ZipRecruiter last week saying they were hiring organizers for “community outreach efforts,” starting at $25 an hour. In a statement, the group said it was formed to “publicly voice and address significant concerns” about the impact of TV City’s proposal.

Upon completion, the studio expansion is expected to generate an additional 787 vehicle trips during the morning rush hour and an additional 855 during the afternoon rush hour, according to the project’s environmental records. The property would offer up to 5,300 parking spaces.

Diana Plotkin, president of the Beverly Wilshire Homes Assn., said she was concerned that if the project goes ahead as proposed, traffic would increase significantly and harm local businesses and residents. Plotkin said her group joined the alliance but made no financial contribution.

The Southern California film industry is struggling with a shortage of studio space as demand increases. The shortage, among other factors, has prompted some producers to look outside the city, The Times reported.

Caruso has been open during his mayoral campaign about wanting to keep productions in Los Angeles.

“Rather than ship the largest industry that we have in this city out of this city, I want to bring it back to this city,” Caruso said in a podcast interview with Hollywood trade newsletter The Ankler last week.

“However, we all have to be good neighbors. Both can happen,” Ragone said. “Rick believes that local businesses, including manufacturing Facilities should address community concerns about creating additional traffic, pollution, and other adverse impacts.”

If elected mayor, Caruso would have the power to hire and fire the top manager of the city planning department. He would also have the power to replace the nine members of the city’s Planning Commission, a group of volunteers that reviews large-scale development projects.

TV City’s proposal may not come before the commission until next year, after the new mayor takes office.

Rep. Karen Bass, Caruso’s opponent in the Nov. 8 election, declined to comment on the Television City project and said through a spokeswoman that she was reviewing the environmental documents. Bass spokeswoman Sarah Leonard Sheahan criticized Caruso for his past political donations to the city’s elected officials.

“He made billions by influencing city hall decisions related to his business. Now he’s trying to hold himself responsible for those decisions as mayor,” Leonard said in a statement.

Caruso has made ending corruption at City Hall a key element of his mayoral platform. Asked how Caruso would avoid conflicts of interest as mayor, Ragone referred The Times to previous comments from the candidate about placing his company in a blind trust.

https://www.latimes.com/california/story/2022-08-16/caruso-television-city-hollywood-studio-expansion Caruso’s firm battles a studio expansion near the Grove