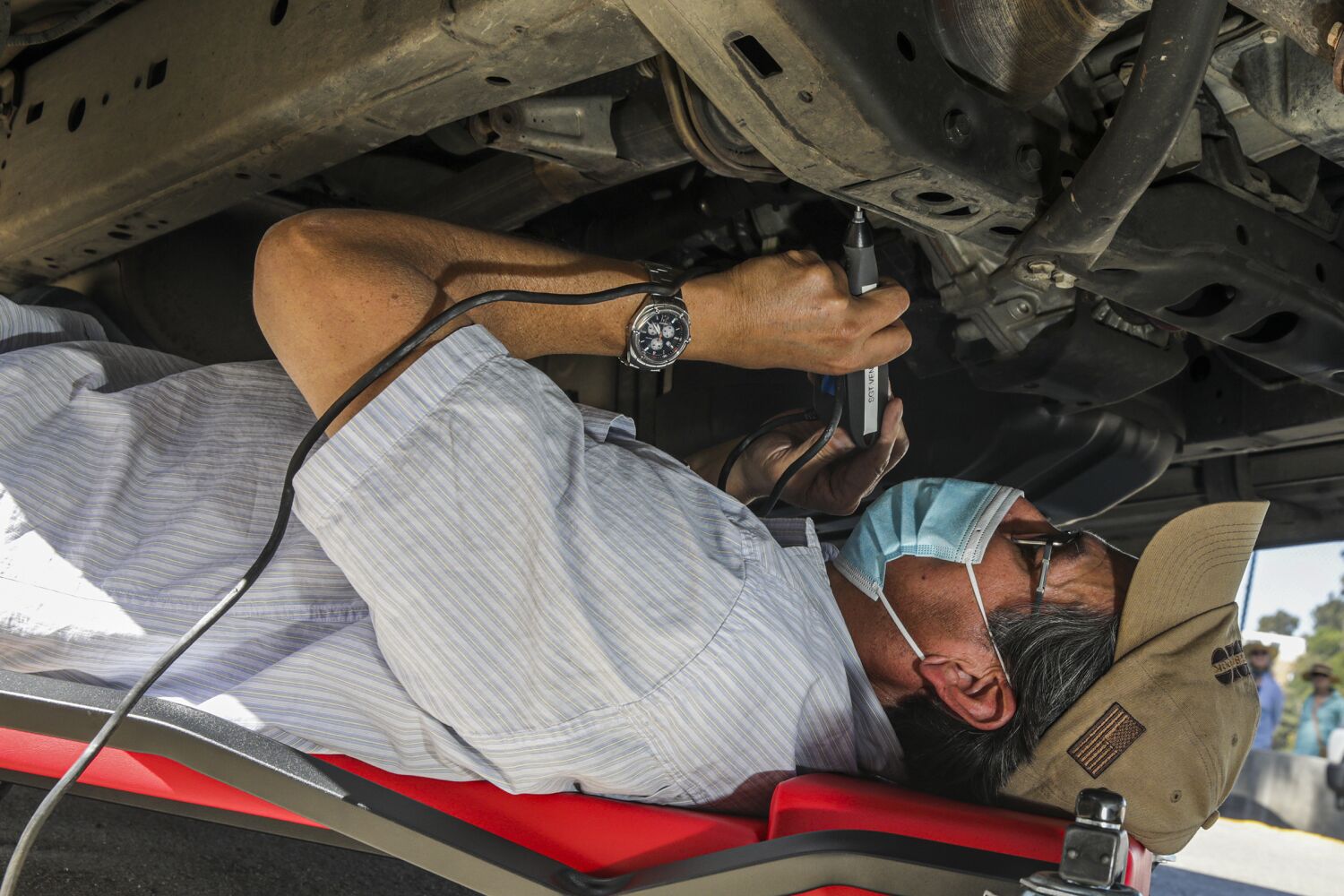 A national catalyst theft ring that generated hundreds of millions of dollars in revenue has been dismantled in an unprecedented federal investigation, the Justice Department said Wednesday.

Twenty-one defendants were charged in two indictments that were unsealed Wednesday in US district courts for the Eastern District of California and the Northern District of Oklahoma, federal officials said. Investigators also issued 32 search warrants and seized millions of dollars in assets, including homes, bank accounts, cash and vehicles.

The operation is the first nationwide dismantling of a catalyst theft ring coordinated by the Justice Department, said Lauren Horwood, a spokeswoman for the US Attorney’s Office for the Eastern District of California.

In the California case, brothers Tou Sue Vang, 31, and Andrew Vang, 27, are accused of conducting an unlicensed business with 51-year-old Monica Moua from their Sacramento home.

The trio bought stolen catalytic converters from local thieves and sent them to DG Auto Parts in New Jersey for processing, authorities said.

“The Vang family allegedly sold over $38 million worth of stolen catalytic converters to DG Auto,” the Justice Department said.

A 40-count indictment on alleged conspiracy to transport stolen catalysts, conspiracy to commit money laundering and other counts names the Vang brothers, Moua and six other defendants.

From about October 2019 until last month, according to the indictments, stolen catalytic converters were shipped from Sacramento to New Jersey and payments sent to the Vangs’ business via wire transfer from DG Auto, including several in excess of $100,000.

The suspects were taken in by confidential informants.

Catalysts are a part of a vehicle’s exhaust system that reduces the amount of pollutants and toxic gases emitted by the internal combustion engine. The devices contain precious metals such as palladium, platinum and rhodium in their cores and are often targeted by thieves due to their high value, lack of identifying marks and relative ease of pilfering.

Federal authorities estimate that DG Auto sold precious metal powders it processed from the catalytic converters to a metals refiner for more than $545 million.

The prosecution also names Navin Khana as a defendant.

Authorities allege that from 2020 to this year, Curtis received more than $13 million via wire transfer from DG Auto and more than $500,000 from Capital Cores Corp., a New York company operated by Adam Sharkey.

According to the Justice Department, Sharkey received more than $45 million and Martynas Macerauskas more than $6 million, all from DG Auto.

“In all of these incidents, most of the catalytic converters sold to DG Auto were stolen, and DG Auto knew or should have known when they paid for them,” federal authorities said.

California’s higher emissions standards have made the state a “hotbed” for catalyst theft, US Atty said. Phillip Talbert from the Eastern County of California.

US Atty. Clint Johnson of Oklahoma’s Northern District said more than 2,000 such thefts had occurred in Tulsa alone in the last year.

“Organized criminal activity, including large-scale theft of catalytic converters, is costly to victims and too often puts citizens and law enforcement at risk,” Johnson said.

The operation involved law enforcement officers from the FBI, Homeland Security Investigations, the Internal Revenue Service, and dozens of state and local police departments and agencies.