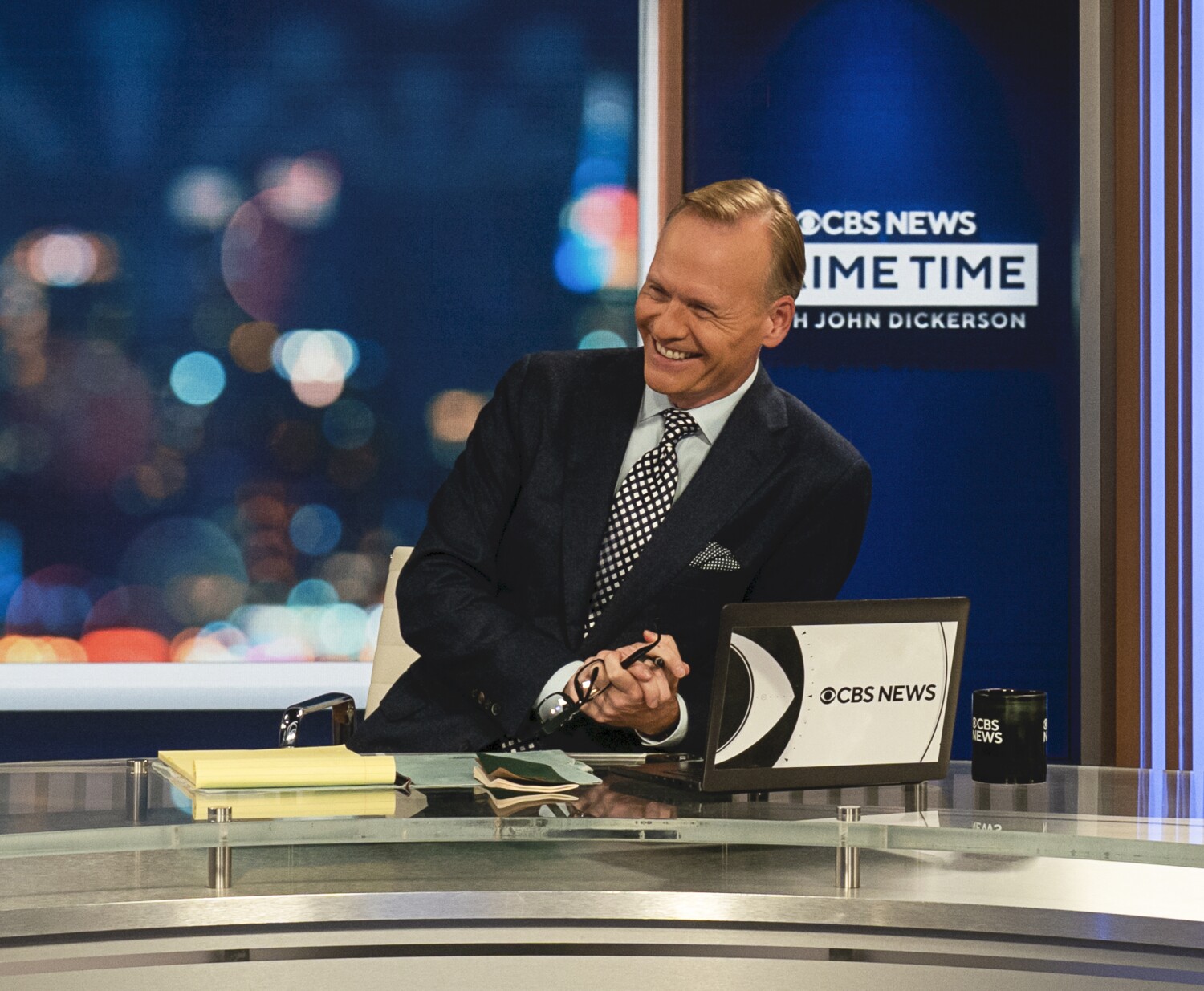 Dickerson is the first high-profile star at CBS News to host a live program since the service relaunched in January. Until now, the network’s biggest names, such as CBS Evening News host Norah O’Donnell and CBS Mornings co-host Gayle King, have done weekly recorded shows for the platform.

Since joining CBS News as an analyst in 2009, Dickerson has hosted the network’s Sunday roundtable program Face the Nation and took on a co-hosting role on CBS This Morning after Charlie Rose was fired in 2017, serving as a contributor at “60 minutes”.

Dickerson remains a correspondent for CBS News and will continue to be present at special events and breaking news coverage. During the 2016 election campaign, he was the sole moderator of two presidential debates.

Less of a recap of the day’s events, CBS News Prime Time will delve deeper into top stories with longer talks and a historical perspective, a specialty of Dickerson, who has written two books on the presidency.

Dickerson joins a growing number of well-known TV news personalities who are logging more hours on their organizations’ streaming platforms.

Beginning next week, NBC News Now will also be simulcast on the NBC broadcast network, with a live hour for the service presented during the day. The hour replaces the long-running soap The Days of Our Lives, which is moving to the NBC streaming service Peacock.

ABC News is also expected to bring its big-name talent to shows for its streaming channel, ABC News Live.

The shift of news talent to streaming is fueled by the need to reach the younger viewers who are no longer watching traditional television. The median age of CBS News Streaming viewers is more than 20 years younger than the audience of the news department’s television shows — a statistic that’s been consistent since the service launched as CBSN in 2014.

Unlike cable news channels, which require a pay-TV subscription, broadcast networks’ streaming news channels are free, available as apps, and widely available on ad-supported platforms like Pluto TV and Tubi.

For Dickerson, becoming heavily involved with the company’s digital platform wasn’t a terrifying prospect. A former print journalist who covered the White House for Time magazine, he was an early adopter in the podcast business, joining Slate’s popular “Political Gabfest” in 2005; He remains co-host. He also hosts a Slate podcast on the presidency called Whistlestop.

Dickerson transitions to streaming with the understanding that he’s licensed to cover stories that might not get significant time on a typical television news show.

“They’re flexible,” Dickerson said in a recent interview. “You just have a little bit more room and space to walk around with it a bit. So there’s something enticing about having some new challenges and new opportunities through the medium that definitely felt like going to Slate when I started Gabfest. I was quite influenced by the idea that form can change and people can be drawn into this relationship with content in new ways.”

Streaming news shows don’t typically get the kind of staffing or budgets that are given to those on traditional television like CBS Evening News.

However, Dickerson noted how the surge in streaming during the pandemic has likely helped viewers adjust to a more streamlined approach to production, which they’ll likely see on CBS News Prime Time.

“I think that’s accelerated the transition to a journalism where it’s important to have the person on TV because they’re an expert talking about what’s happening,” Dickerson said. “And the fact that the recording might not look like the most polished recording from a studio you’ve ever seen — a lot of the barriers to that have fallen in the pandemic age.”