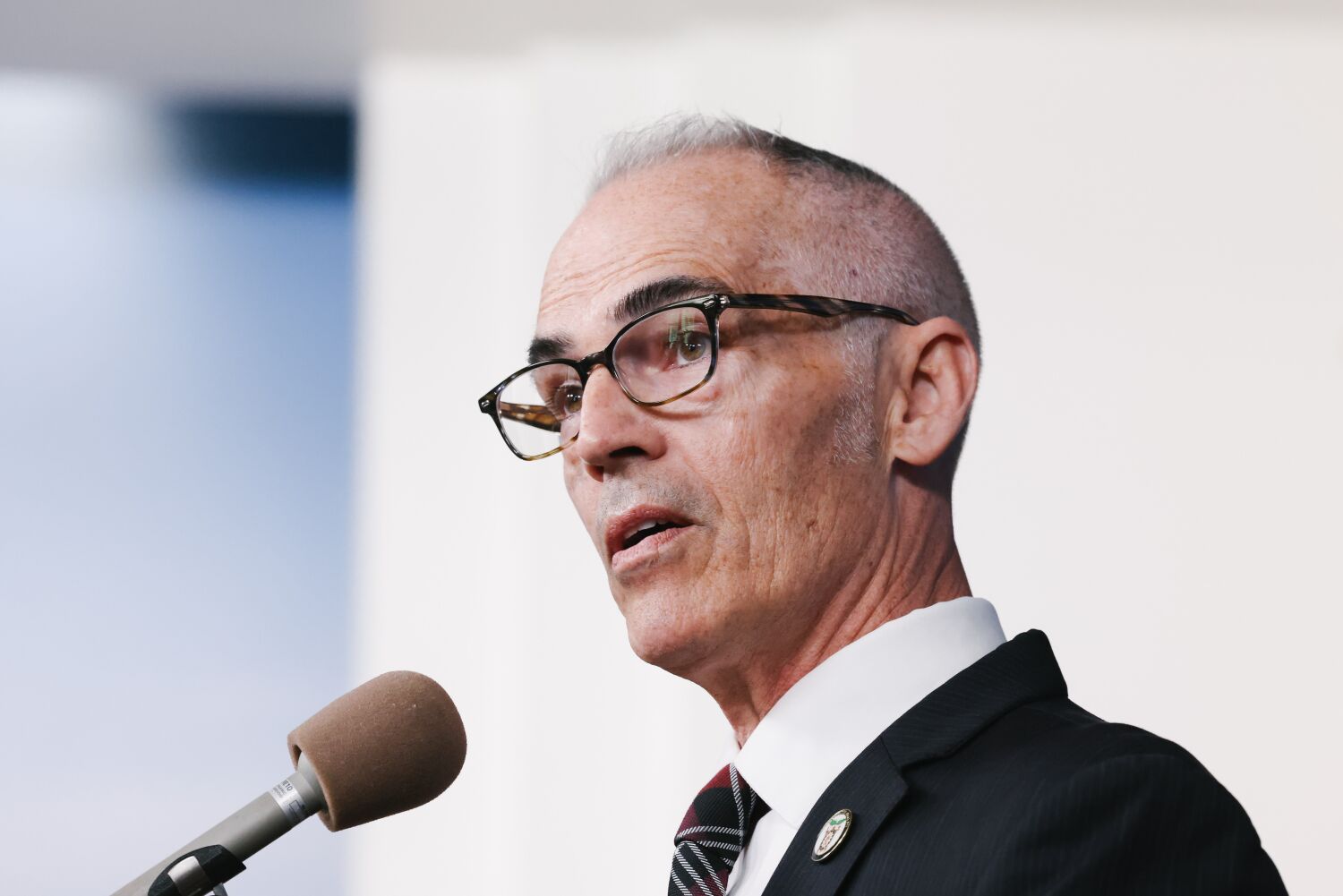 Because Cedillo and De León refuse to step down, O’Farrell said he is removing them from committees dealing with real estate development, homelessness, housing and other issues.

The announcement was just the latest example of the racist comments heard in a conversation secretly recorded between Cedillo, De León, then-council president Nury Martinez and a senior labor official who has since resigned.

O’Farrell has said in recent days that he is determined to bring stability to City Hall, where a councilor has already resigned and calls for Cedillo and De León to resign have mounted. At the same time, he made it clear that he and others had not succeeded in persuading the two to resign.

The council is scheduled to meet Tuesday to elect a new president — a position O’Farrell has already said he doesn’t want. But one of the people seeking the post, Councilor Paul Krekorian, tested positive for the coronavirus over the weekend. A Krekorian employee said he currently expects to attend the meeting as it will be held via Zoom and he only has cold-like symptoms.

De León had spent the last year presiding over the council’s Homelessness and Poverty Committee, which has been examining the city’s response to the homelessness crisis. He had also served on the powerful Budget and Finance Committee.

Cedillo, who is stepping down in December, served as chairman of the housing committee and also sat on the committee that reviews and approves major development projects.

De León and Cedillo have given no indication in recent days that they intend to step down after The Times reported on the leaked audio recorded during a meeting at the Los Angeles County Federation of Labor headquarters in October 2021.

In this recording, Martinez made racist remarks about council member Mike Bonin and his son, who is black. She also used a profanity while talking about Dist. atty George Gascón, who says he is “with the blacks”.

Brendan Fraser sorry for 'George of the Jungle' stunt in SF

Powerball: jackpot grows to $610 million after no Saturday winners