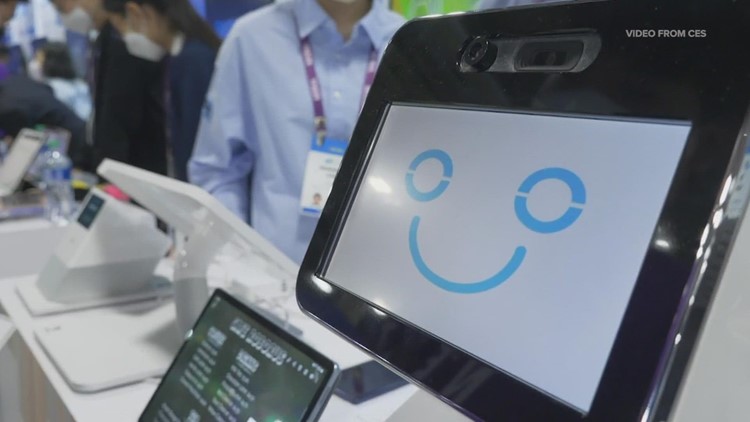 New technology from around the world is on display at the conference. Both the Impossible Whopper and Ring doorbells were spotted at previous conferences.

LAS VEGAS — For more than 50 years, CES has come to be known as the global stage for innovation. Every year, technology from around the world is showcased at the gathering.

CES 2023 has officially taken place in Las Vegas. More than 100,000 technologists, enthusiasts and sales representatives mix and mingle over the course of four days with more than two million square feet of exhibition space.

CES spokesperson Allison Fried said this year’s unifying theme was “technology is innovating to solve some of the world’s greatest challenges.”

This year, a Sony electric car, a selfie robot that takes care of the elderly and a device that claims to tell you why your baby is crying are all on display. A skin care company is demonstrating a 3-D printer that allows users to print out “super-nutritive” gum.

Digital health, connected mobility, artificial intelligence, virtual and augmented reality, metaverse, smart home technology, agriculture and electric vehicles are some of the headlines this year, but the technology is amazing. Quirky and roaming robots tend to be the most heavily advertised on social media.

Seattle startup Picnic introduced pizza-making robots at CES in 2020, which was the talk of the conference.

The Ring Doorbell was introduced in an earlier form at CES in 2015. The technology was purchased by Amazon for over a billion dollars in 2018. Ring dash cams made a big splash at this year’s CES.

“Even the Impossible Whopper was spotted by Burger King at CES,” says Fried.

CES 2023 will run through Sunday, January 8 and features more than 3,200 exhibitors from around the world, from color-changing cars displayed by BMW to televisions designed for those in need. people with poor or limited vision.

Fried says she was amazed when she witnessed a new audio translation device. “I found the headset can translate into 40 languages. You wear one and the person you’re talking to wears the other and CES has over 150 different countries represented here so the global nature is exciting.”

UCLA fights off USC comeback to extend winning steak to 11

The Half-Madness of Prince Harry

Toyota Revs Up Race With Tesla