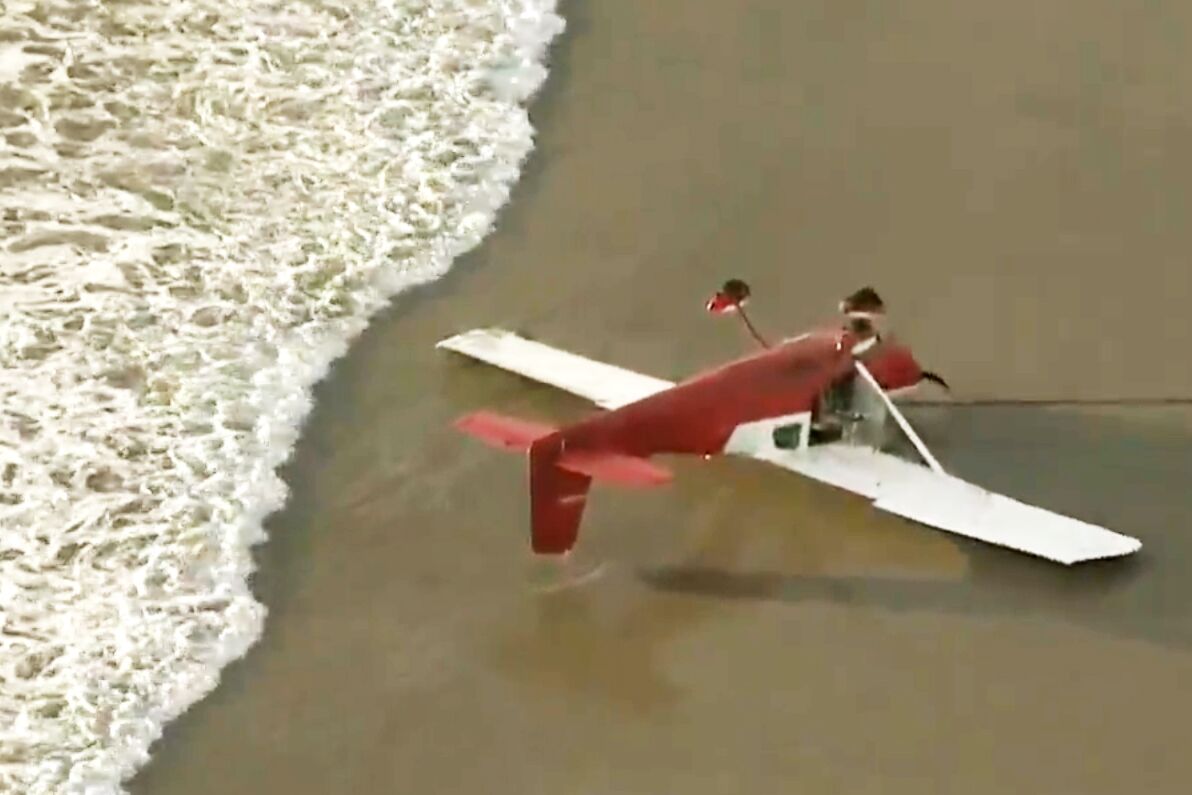 Firefighters were called to the 1800 block of Santa Monica Beach at 3:17 p.m., Capt. Patrick Nulty, a spokesman for the city’s fire department.

The plane landed on the beach and overturned into the surf, Nulty said. There were two people on board.

Both occupants were rescued and taken to a hospital, the captain said. Information about their conditions was not immediately available.

The pilot had reported engine problems after taking off from Santa Monica Airport, according to the Federal Aviation Administration.

The FAA and the National Transportation Safety Board will investigate the crash. Further information was not available from the federal authorities on Thursday.

Video of the landing posted on social media shows the plane flying low by the Santa Monica Pier. According to the video, the plane lands with a splash amidst crashing waves.

The video shows the plane turning nose-to-tail before coming to an upside-down halt.

Spare Us a Trump-Biden Rematch