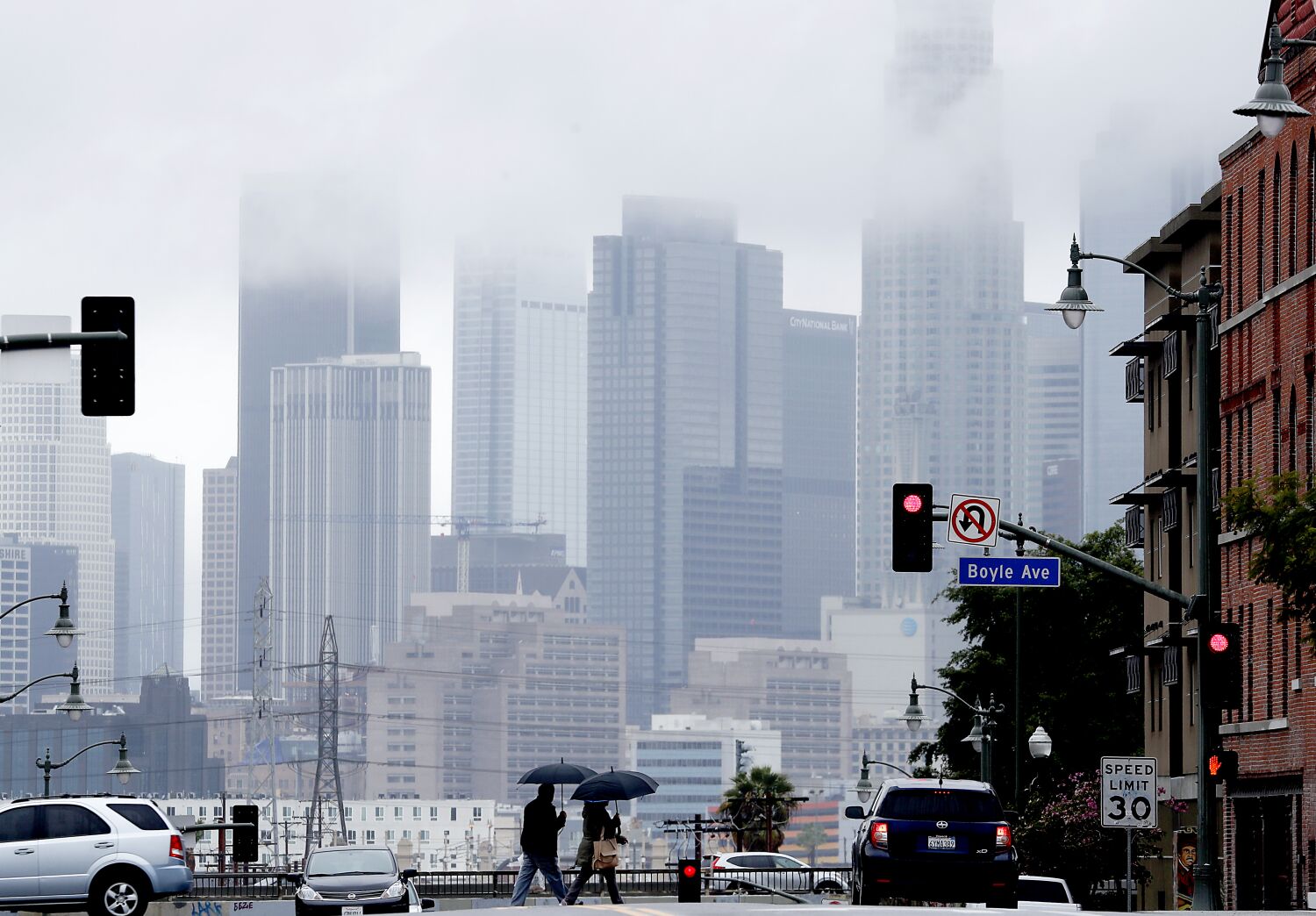 The sky will be mostly cloudy over Los Angeles on Tuesday, with a chance of showers in the area in the afternoon.

There is a 30 to 40% chance of rain on Tuesday, with showers most likely to arrive between 10am and later in the afternoon, thanks to a storm blowing off the central coast, according to National Weather Service Oxnard meteorologist Kristen Stewart.

The showers are likely to fall primarily over the mountains north of the city, Stewart said.

The weather system will weaken in the evening leaving partly cloudy skies.

Los Angeles could see rain again as early as Saturday, with forecasters predicting it could continue until Sunday morning.

The wet weather is the latest in a string of storms and cooler temperatures that have brought snow to the Sierra Nevada and rain to southern California, with high winds prompting authorities to issue red-flag warnings across the region.