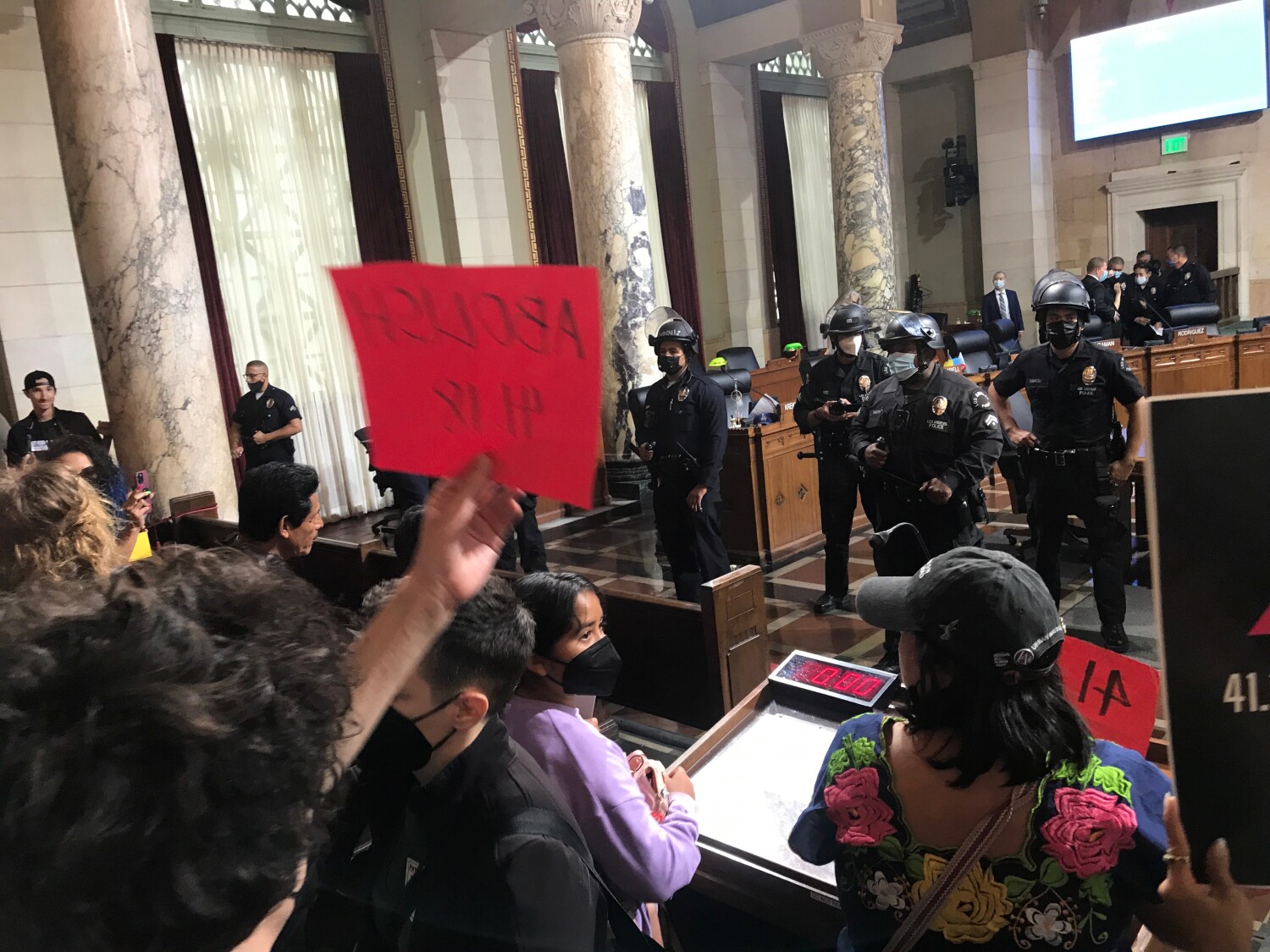 A Los Angeles City Council meeting erupted in chaos on Tuesday when a public speaker climbed over a bench and charged at Council President Nury Martinez, prompting police to fill the council floor in a bid to arrest the person.

Officers shortly afterwards attacked a second member of the public at the council, while activists shouted at police and at least one bystander attempted to spray water from a bottle at officers.

Martinez abruptly interrupted the meeting, leaving dozens of activists in the room shouting “Abolish 41.18!” – a reference to the city statute banning homeless camps in libraries, freeway overpasses and other places. Shortly after 11:00 a.m., an LAPD captain declared an unlawful assembly in the chamber, prompting scores of protesters to march out.

“I’ve never seen anything like it — ever,” Councilor Joe Buscaino said after the room was cleared.

At about 11:45 a.m. the Council met again. Martinez said the incident brought the city “one step closer” to behavior that took place in Washington, DC on Jan. 6, 2021, when protesters stormed the US Capitol.

“We cannot legislate out of fear,” Martinez said. “I certainly won’t.”

The skirmish erupted during the meeting’s public comment period, when a majority of speakers denounced the council’s proposal to ban camps next to public and private schools. Council voted in favor of the measure last week, but as the balance was not unanimous the proposal required a second vote.

Once the regulation goes into effect, people will be barred from sitting, sleeping, lying down or storing property within 500 feet of every public and private school, not just the few dozen the council selected last year Has. The law imposes restrictions on camps near day care centers.

At least one person at the meeting was arrested and taken to a nearby police station, LAPD officer Annie Hernandez said.