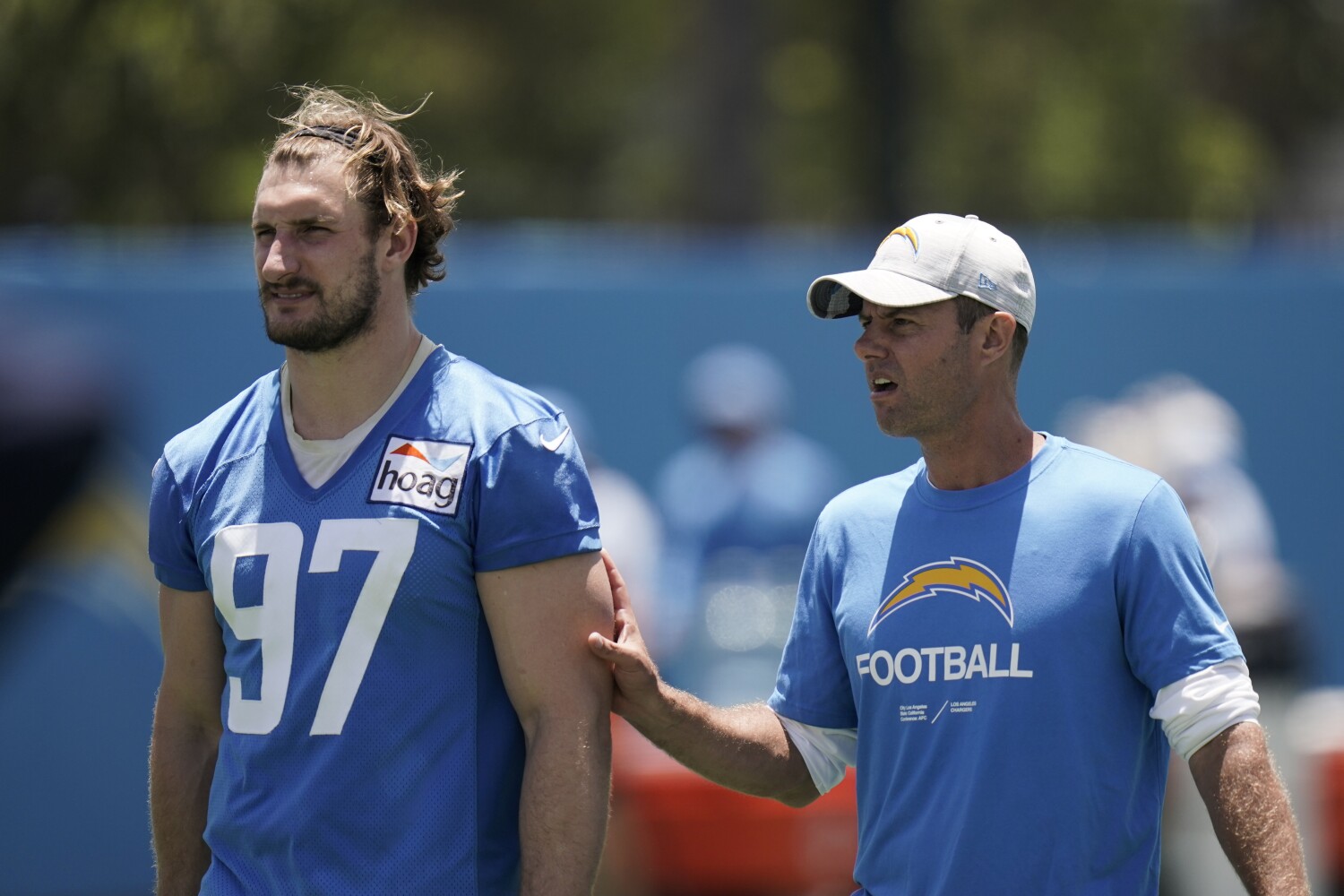 The Chargers rolled out to their Costa Mesa headquarters on Tuesday, the official reporting date for training camp — often in stylish rides with flashy rims and flashy windows.

They will conduct their first full-team practice on the field on Wednesday at the nearby Jack Hammett Sports Complex.

Telesco traded for three-time All-Pro edge rusher Khalil Mack, signed seven defensive free agents — at a total cost of $126 million, of which $59 million is guaranteed — and hired four other defenders.

With the roster refreshed, the Chargers proved a trendy pick for a Super Bowl run from the AFC West, widely recognized as the toughest division in the NFL.

So it’ll take improved defensive play and everything Herbert and offense have offered over the last season — and probably more — for the Chargers to realize the potential that so many observers see in them.

With their opening practice of a season that could stretch into February beckoning, there are six questions to keep in mind as camp progresses:

https://www.latimes.com/sports/chargers/story/2022-07-27/chargers-answers-defense-training-camp-questions Chargers camp questions: Did they fix the defense enough?