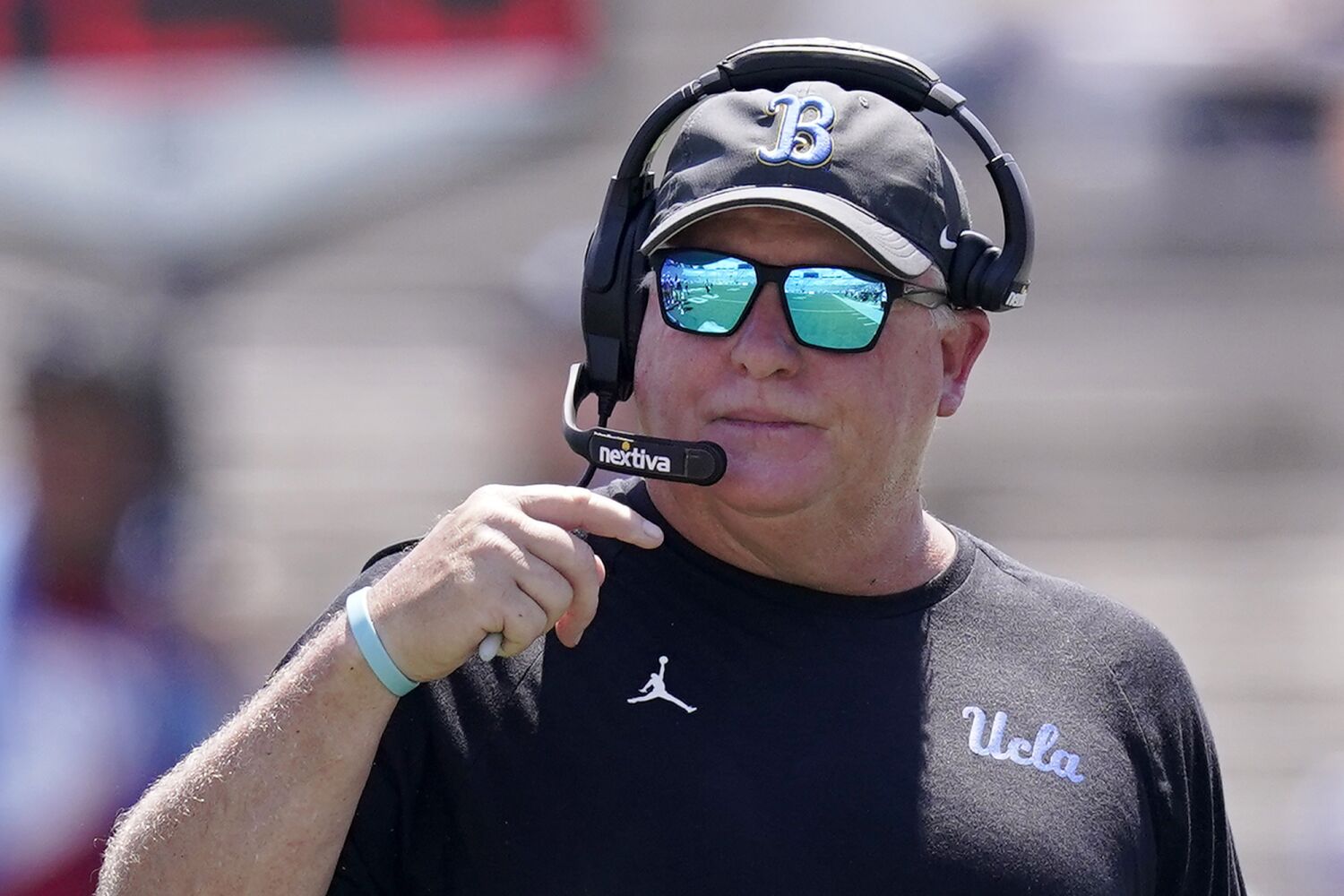 A UCLA football program that has long been a national force in high school recruitment and has often edged out rival USC for Southern California’s top young players temporarily relinquished those designations earlier this week.

Just check the title it gave itself.

The nickname surfaced Monday on the official UCLA Football Twitter account. A graphic depiction showed a group of Bruins transfers in uniform below a list showing the school topped the nation with 20 transfer starters since 2020.

At the top of the post, on a fake city limit sign, was the slogan: “Welcome to Transfer U.”

The news sparked an immediate uproar on social media and message boards.

UCLA coach Chip Kelly made his contribution Wednesday, and it wasn’t to thank his social media team.

“It shouldn’t have gone up,” Kelly said. “It was a mistake that the head coach saw and when I saw it I said, ‘This is a mistake.’ ”

Would Kelly have the post, which had generated nearly 500 likes and 60 comments — many of them scathing — as of Wednesday morning, deleted?

“Do people go back and look at it afterwards?” Kelly asked a reporter about the message’s removal. “I’m not in this world, so if you want to take it off, I’ll take it off.”

Kelly said there was some validity to the post’s thrust, that UCLA is among the teams that dominate the transfer market, but that he will continue to mix transfers with high school recruits.

“I think what matters to them, we’ve been very efficient with our portal,” Kelly said. “I think the kids we bring here play and that’s a credit to how we do it. We’ve always approached it like it was free agency in the National Football League. So how can you contribute to the program?

USC has also brought in a number of transfers this season, albeit under different circumstances. The Trojans’ new coach, Lincoln Riley, craved a quick makeover, importing quarterback Caleb Williams, receiver Jordan Addison and other well-known stars who could transform the team into an instant winner.

In contrast, Kelly has hoarded transfers to fill roster holes created by mass defections and his own low-profile high school recruiting. UCLA high school recruiting classes have shrunk in each of Kelly’s seasons at the school, from a peak of 27 players in 2018 to 11 in 2022. Conversely, the number of transfers has exploded, from two in his first season to 13 this year Season.

It might feel like Kelly has all but given up on high school recruiting since his team only has six players who have made verbal commitments for the Class of 2023. That number may not increase significantly, since the Bruins have made the fewest scholarship offers among Pac-12 schools.

Clippers to play preseason game in Seattle vs. Trail Blazers