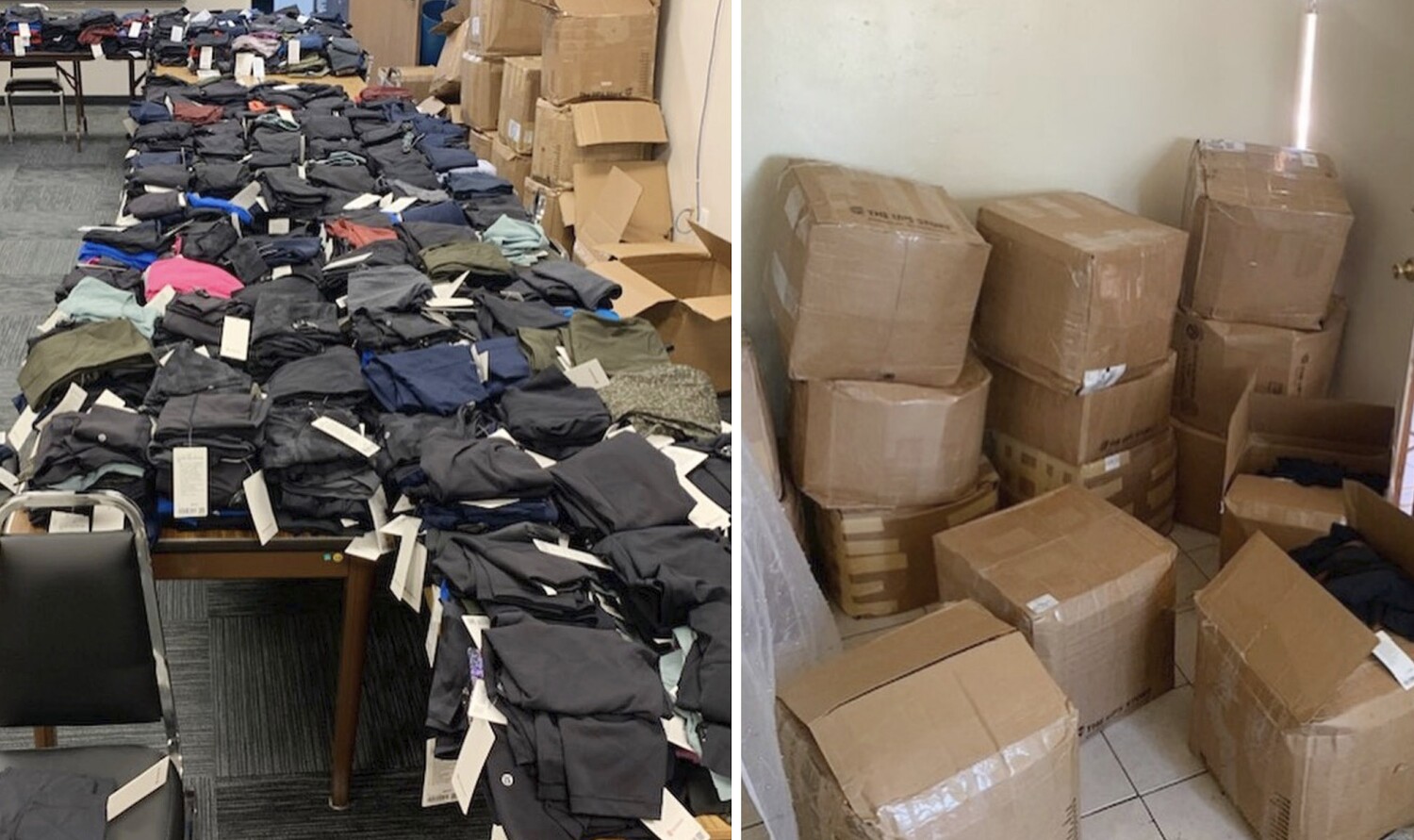 Call it a tight squeeze: California Highway Patrol investigators have recovered more than $200,000 worth of stolen merchandise from athletic apparel maker Lululemon, officials announced this week.

The CHP Border Division’s Organized Retail Crime Task Force was alerted earlier this month to three large boxes of stolen goods shipped from Ohio bound for an apartment complex in La Habra. When the investigators delivered the goods to the apartment, they found several other similar boxes and obtained a search warrant.

The investigation found a total of 16 boxes in the apartment, each filled with stolen Lululemon leggings. A total of “1,861 stolen items with a retail value of $203,688 were seized and inventoried,” CHP said in a press release.

The products were stolen from various Lululemon locations across the country, including stores in Ohio, Illinois and Wisconsin, they said.

A spokesman for the company did not immediately respond to a request for comment. However, according to a CHP representative, this is the largest recovery of stolen items in the company’s history.

“The investigation is ongoing and residents of the apartment have claimed they do not know what was in the boxes,” CHP added.