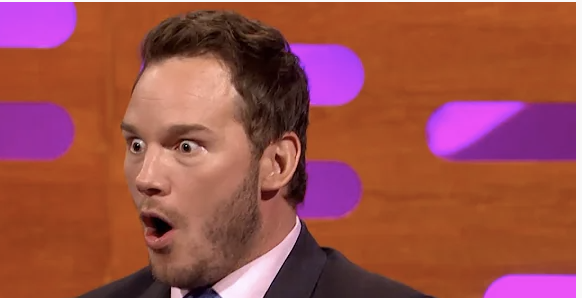 Chris Pratt has apologized for the UFC star’s shading Israel Adesanya after the star’s last fight against Jared Canonier.

Israel may have emerged victorious by decision, but Chris wasn’t impressed with the way he went about making it happen. This was especially true since Chris happened to be at the cage after watching the fight.

And after the win, Chris let everyone know he wasn’t impressed with the performance. And indeed, Chris’ comments suggested he was a little bored with the spectacle.

During his comments on ESPN, Chris said: “I’m not a fan, man. I’m not a fan of coming out, all that talking, and then just putting on a bit of a Pitter pattern. I say, ‘Come on man. Expect it.’ You have to fulfill this promise of being so bad.”

These comments did not go down well with Israel for the following reasons. First of all, Chris is not a fighter. So it’s easy to judge by looking at it from the outside, rather than being inside the octagon itself.

Second, it’s not always possible to win convincingly or entertainingly. But as long as someone wins, that’s all the history books will remember.

So Israel responded by taking Chris to his palace. In his comments he answered: “Good morning, I’m the man. You’re just a fan.” Chris had no choice but to put his hands up and apologize for his disrespectful comments.

After all, there was no way to counter such a thing. And if he did, chances were he would have angered Israel. That’s the last thing you want to do to a UFC fighter.

In his follow-up comments, Chris specified: “You’re right. I’m sorry, brutha. It annoys me when people criticize my work as I’ve never risked anything myself. It makes me a hypocrite to do exactly that to you.”

Wimbledon champion Novak Djokovic, still 'not planning to get vaccinated,' set to skip US Open

The Highland Park Shooting and ‘Freedom From Fear’