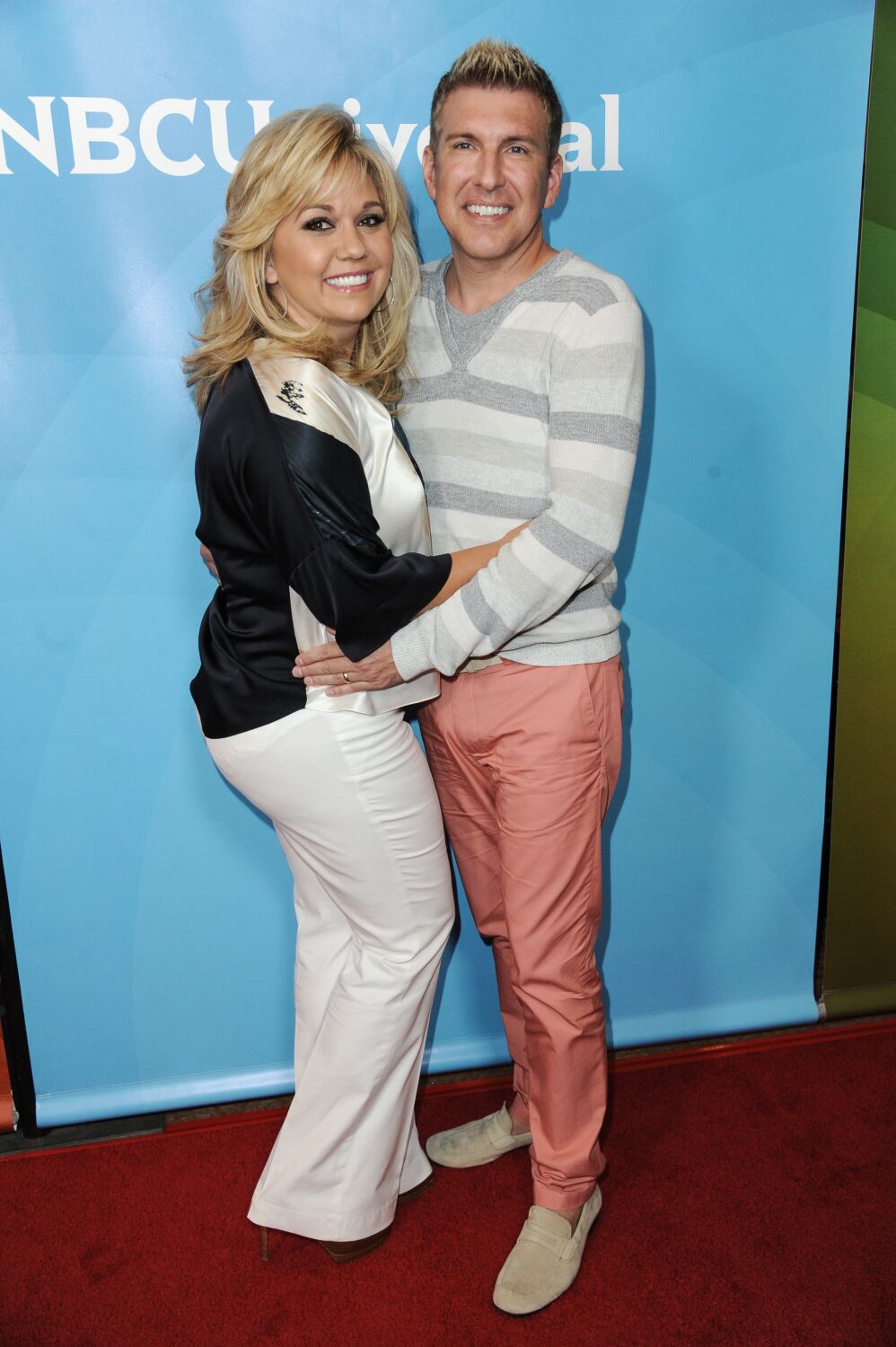 As reality TV stars Todd and Julie Chrisley prepare for the start of the new year in prison, they focus on their mental health, religion and family.

“My parents are definitely dedicating their time to therapy and their Bible studies and their kids,” Lindsie Chrisley told People of her father and stepmother.

The husband-and-wife stars of USA Network’s “Chrisley Knows Best” will begin their long-term prison sentences on January 17, according to legal documents reviewed by The Times. They were convicted in June of tax evasion and bank fraud.

In November, Todd Chrisley was sentenced to 12 years in prison with 16 months probation. He will spend time at Federal Prison Camp Pensacola in Florida.

Julie Chrisley was sentenced to seven years in prison and 16 months probation. She will serve her sentence at Federal Correctional Institution Marianna, also in Florida.

Lindsie Chrisley, the eldest daughter of Todd Chrisley and his ex-wife Teresa Terry, told the People report that she spends most of her time on the phone with her parents because she has children to look after and can’t travel to Nashville.

“My parents regularly say, and I think they said it on their podcast too, that right now is basically about living each day like it’s your last, enjoying the moment and spending time with their kids who are in Nashville,” she told People.

Her entire family, Lindsie said, is “adjusting to what is now our new normal.”

Alex Little, family attorney for Todd and Julie Chrisley, said they plan to appeal their and federal convictions. Little said prosecutors misled the jury that the Chrisleys didn’t pay their taxes and relied on illegally obtained evidence throughout the trial.

Prosecutors said the Chrisleys, along with their accountant, filed forged documents with banks when they applied for loans and defrauded banks of more than $36 million to fund their expensive lifestyle. They said the couple spent the money on luxury cars, designer clothes, real estate and travel. Prosecutors also said Julie Chrisley submitted a false credit report and fake bank statements when she tried to rent a home in California, and the couple then refused to pay rent several months after moving into the home.

The couple plotted to defraud the Internal Revenue Service to avoid paying taxes, prosecutors said. They failed to file or pay taxes from 2013 to 2016, although their fortune was amassed while starring on their reality TV show, which debuted in 2014.

The US flagship series gave rise to the spinoff show Growing Up Chrisley, which starred the couple’s adult children, Chase Chrisley and Savannah Chrisley. However, Deadline reported that both projects would not move forward in light of the convictions at NBCUniversal.

Alexandra Del Rosario, a Times contributor, contributed to this report.

https://www.latimes.com/entertainment-arts/tv/story/2022-12-20/chrisleys-focus-on-therapy-bible-studies-and-their-children-ahead-of-prison-term Chrisleys are focusing on religion and family ahead of jail time