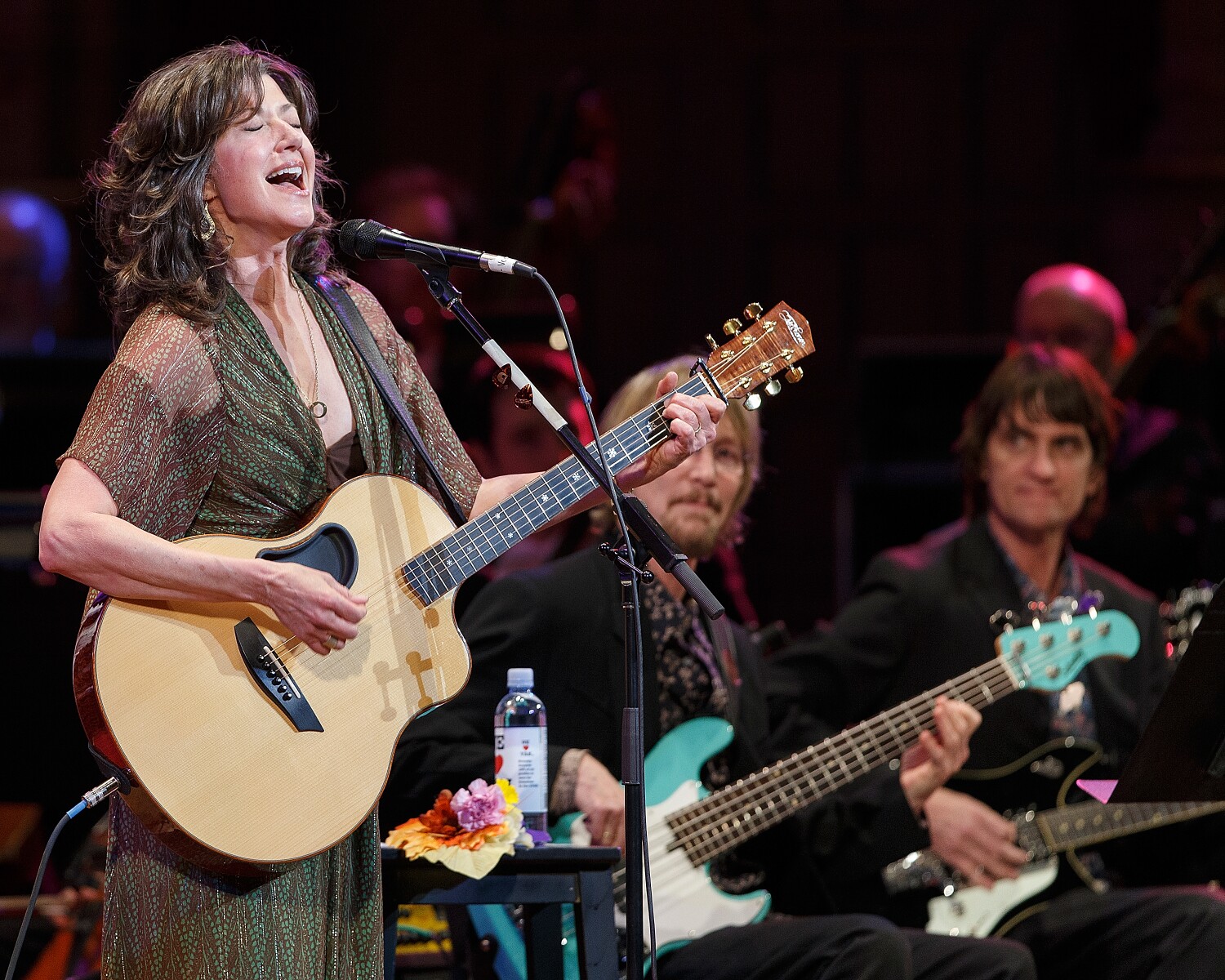 Amy Grant is hospitalized after a bicycle accident in Nashville. According to multiple reports, the singer fell off her bike while cycling and was taken to Vanderbilt Hospital for treatment of cuts and abrasions.

Grant, 61, was wearing a helmet and is said to be in stable condition, her publicist told The Times. The publicist added that Grant had stayed in hospital overnight as a precaution and will stay another night for observation and treatment.

Just last week, Grant was selected as a Kennedy Center honoree to celebrate those who have impacted American culture through their art. The Christian pop singer will be anchored alongside George Clooney, Gladys Night, U2 and composer Tania León in December.

Kennedy Center President Deborah F. Rutter told the Associated Press that her group “has been working really hard to think about including all the performing arts.”

“We’ve had gospel before. We had a lot of R&B and soul. …We had country music, but we didn’t necessarily have Amy Grant and Christian pop in the same way,” she said, comparing Grant’s recording to LL Cool J’s in 2017, when the honorees first met a hip-hop artist.

“Never in my wildest dreams did I imagine that I would ever receive these prestigious Kennedy Center Honors,” Grant said in a statement. “Over the years I have watched so many of my heroes being serenaded by colleagues and fellow artists, always moved by the ability of music and film to bring us together and see the best in each other. I can’t wait to celebrate with my honorees, friends and family. Thank you for expanding the circle to include all of us.”

Angela Yee leaving ‘The Breakfast Club’ to host her own show