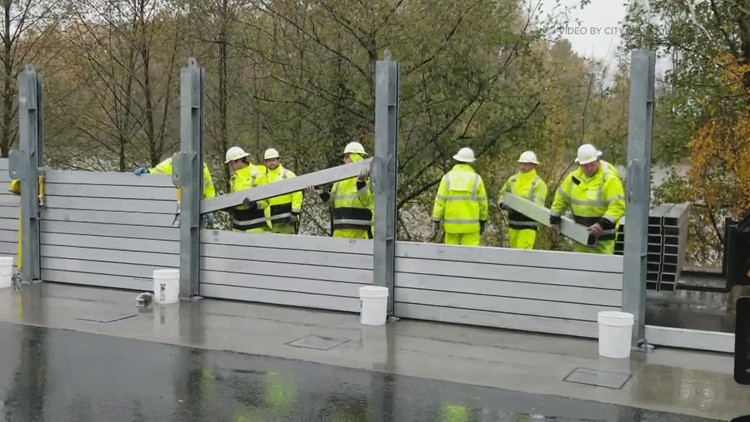 Flood watches have been forecast for areas of King and Snohomish counties. Meanwhile, Skagit County is bracing for a storm of wind and heavy rain this weekend.

MOUNT VERNON, Wash. With flood watches forecast for King and Snohomish counties and heavy winds and rain expected around the area, cities and counties in western Washington are gearing up for a weather weekend. dynamic weather.

That includes Skagit County, which is expecting its first atmospheric river of the season, based on National Weather Service forecasts.

“[Emergency managers] are actively monitoring the situation, they are working with the Public Service, Public Health and all departments, in case they have to be activated in the event of a flood,” said Skagit County Communications Director , Danica Sessions said. “They’re monitoring, so if it looks like we’re going to have some issues coming up, they make sure the channels of communication are open and people discuss what we need to do next.”

The county said that so far, the Skagit and Samish Rivers are expected to hit below flood levels at all forecast points, but it said urban flooding is possible in some areas. Wind is also a concern, with an advisory issued from Thursday night to Friday morning with strong gusts of wind that could cause power outages.

Skagit County has adopted a number of measures to prevent urban flooding. The heavy rains in 2021 gave the City of Mount Vernon a good opportunity to witness the power of the floodwall along the Skagit River.

Donovan said the comfort of the floodwall has also reduced the cost of flood insurance for many business owners, and attracted new investment in downtown Mount Vernon. In addition to economic development, the reduced demand for sandbags near the city center allows residents to focus on working elsewhere.

“The river flows throughout Skagit County, so a lot of flood control efforts are not just focused on the city center,” said Donovan. “What allows us to do with the floodwall here is deploy those resources in other areas.”

While rivers are not forecast to exceed flood levels this weekend, the county says it’s a good time to remind people to prepare for flooding as the rainy season begins.

Are Cher and music producer Alexander 'AE' Edwards a thing?

How Union Efforts at Amazon and Starbucks Are Playing Out Differently