Of all the multifaceted characters we’ve met throughout The Boys, the two most ambiguous are Victoria Neuman and Black Noir, played by Claudia Doumit and Nathan Mitchell, respectively.

While Neuman is introduced as a young, ambitious anti-super senator who, like the rest of The Boys, is anti-Vought, she was later revealed to be the mysterious head exploder who wreaked havoc throughout season two, becoming one herself made soup. As for Black Noir, while he’s a member of The Seven and more than happy to engage in fights with Butcher and the others when the need arises, not much is known about the person under the mask, least of all where his allegiances really lie. But with both characters playing bigger roles in the upcoming season, that could change.

During a panel discussion with The Digital Fix and other members of the UK press, Doumit and Mitchell answered a number of burning questions people had about The Boys season 3. What follows is the transcript of that panel, which includes questions posed by representatives from various other outlets.

Can you talk a bit about what we can expect from your characters this season?

Claudia Dumit: Okay, so at the beginning of season 3, Neuman and Hughie are working together where we left off in season 2, it’s a year later and it’s starting off pretty well. She’s a great boss, but given the theme of The Boys, things just kind of go off the rails.

This season again gives a glimpse into Neuman’s private life and how this part of her world works. And I’m really looking forward to that. And on top of that, she has to make some tough decisions that she really doesn’t want to make.

Nathan Mitchell: So Noir has recovered from his melee with death. And he’s on the field doing his typical thing, killing some people here, stabbing some people and drawing pictures of sane cartoon characters.

This season is really interesting for Black Noir because there are elements of his past that we’re exploring. There’s a new side to him that you’ve never seen, we can see in his head how he thinks, which is very different from the typical person. And I think he has some demons and some fears that he thought he had escaped but turns out he hasn’t. So he has to wrestle with it and make some tough decisions.

So Black Noir is obviously very different from what it was in the comics. I was wondering if you could go through what these types of changes are and why they were made?

NM: Initially I thought that was the direction we were going, so I reached out to Kripke very early on. And he said, ‘Yes, we don’t do that.’ It was pretty set from the start. And I personally think Homelander is so smart on our show. There was no way he would have been an unknown factor in his presence without knowing what was going on with him.

The fact that there would be a Homelander clone, his suit and his whole arm would have to be zinc so Homelander couldn’t see through it, but Homelander wouldn’t allow anyone he didn’t fully understand to be in a room, so would take off the mask so you could find out.

Well, I think from that point of view, how smart and ruthless and sneaky Homelander is, there’s no way this can last. If there was a clone, he’d be just as waiting to take it out right next to him as he’s figured out so many things already. 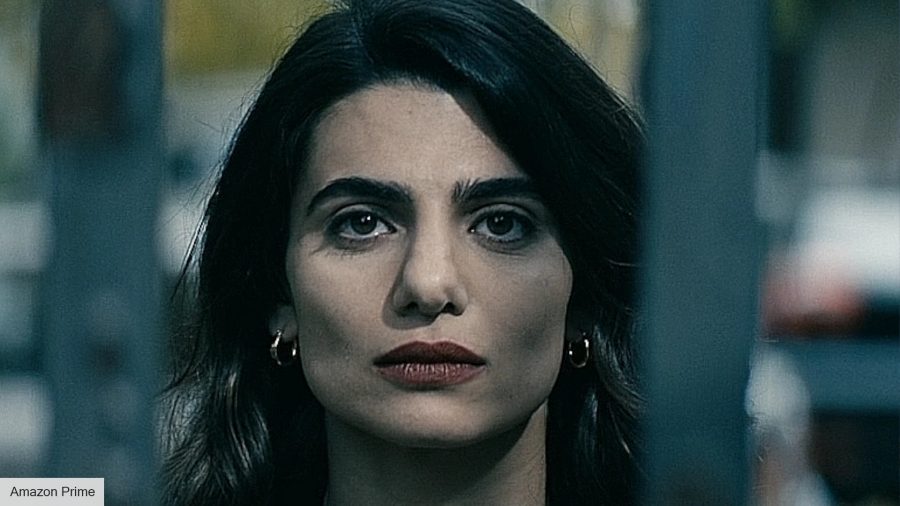 CD: I think with a lot of characters they do that because they want it to be an accurate reflection of themselves, the story they want to tell, the people they want to follow and the time we’re in, so it’s a really contemporary show. Given my character, Neuman, is this pretty dumb guy in the comics that they turned into a woman, they’ve done that to quite a few characters.

CD: I think especially this season she’s a mother first and foremost. In season two you don’t really see that side, but I think a lot of her actions and decisions are based on that.

A big theme in season three is based around the concept of power, gaining that power, once you have it, keeping it, and so on. From a Neuman to Black Noir perspective, how do your characters deal with having that power? How does this power affect their personal and professional relationships?

CD: Being in such a transitional state this season, Neuman is making some decisions and reconsidering where her cards lie. So their loyalty changes a bit. There is definitely a struggle for power going on for them. So I think she’s a little internal, struggling with this concept of power, where she lies and figuring out where she fits into that picture.

NM: Yeah, and for Noir I think he’s dealing with powerful people, and as much as he wants to stand up for what he wants, he hits deadlocks. So there’s only so much he can do, and while he’s a super, there’s one way in which his ambition is limited. As we go later in the season I think we can see what he’s doing to stand up for what he wants for himself.

And for Noir, it’s less about power and more about grappling with it his Desire versus other people’s desires, the consequences of that and making difficult decisions. He has some, like Dark Night of the Soul moments, where he needs to go inside and figure out what he’s going to do, who he’s going to choose, and what he’s going to take a stand on.

How do you feel about some of the more gory and shocking elements of the script? Do you have any highlights on this?

CD: I’m kind of used to seeing the words “blood” and “explosion” on the same page! That doesn’t really scare me. But each season I’m shocked by the new fresh mayhem these characters seem to endure. So it’s shocking every time.

NM: what is most exciting for me. It’s just that, it’s such a well told story that it’s just enthralling to read from page to page. And then something crazy happens. They say, “Whoa, we’ll do that,” and that’s like an added bonus. So yeah, we’re pretty used to it. It’s burned into our reading material. But it’s always fun, especially when it’s in such a great story.

CD: Yes, because you’re so intrigued by what’s going to happen next with these characters, because I think they feel so good about their stories and about this life. It’s so rich in that regard.

Where are his allegiances at Black Noir?

NM: That’s a great question that we’re going to explore this season. As we’ve seen, Noir has a very sensitive soul, and as ruthless, cutthroat and dangerous as he is, everyone wants to be loved. So I think as he grapples with that question, I think one of the things guiding his direction this season is the question, “who loves noir actually got his back,” and I think that might help him make a decision.

Obviously you’ve been very busy promoting this season. Have you heard or gotten any idea when filming for season four could start, assuming your characters are able to return for the next season?

CD: We’re really hoping to get a fourth season, but I think it all depends on how that season is perceived. So fingers crossed because it’s a great show.

The first three episodes of The Boys season 3 will be available on Amazon Prime Video on June 3rd.

https://www.thedigitalfix.com/the-boys/claudia-doumit-nathan-mitchell-interview Claudia Doumit and Nathan Mitchell on what’s next for Neuman and Noir

A Beginner’s Guide to ClickUp Terminology