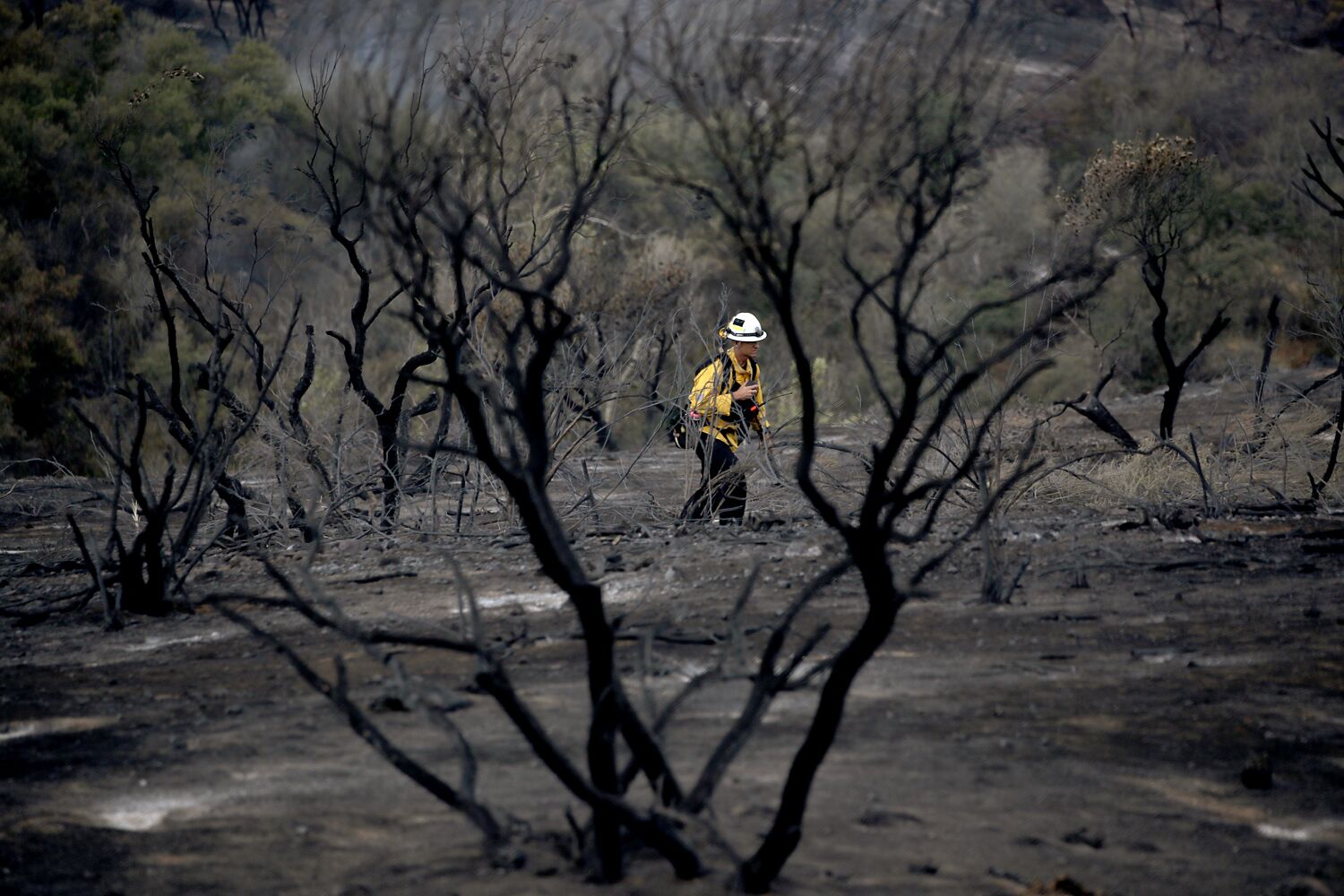 Wildfires, drought, extreme heat and other climate change impacts are rapidly increasing and intensifying in California, according to a report by state scientists.

The fourth edition of Indicators of Climate Change in California, released Tuesday, paints a stark picture of the escalating climate crisis and documents how the world’s dependence on fossil fuels has had far-reaching effects on the state’s weather, water and residents.

Since the last update in 2018, extreme weather events have intensified and become more unpredictable, officials said, and human health indicators such as heat-related illnesses, valley fever and wildfire smoke have worsened. Some of the changes are irreversible.

“What we find in this report is a continuation and acceleration of the trends we’ve tracked in previous editions,” Amy Gilson, deputy director of the California Office of Environmental Health Hazard Assessment, told reporters. “It’s not just heat, not just water, but they’re cascading and mixing through the ecosystem, causing the effects that we’re seeing.”

The nearly 700-page report focuses on more than 40 key climate indicators and tracks government actions in response. Though much of this is murky, officials said California continues to take “world-leading actions” that could serve as a model for other states, including measures to protect coastal waters, investment in renewable energy sources and the phasing out of gas-powered vehicles.

Still, they stressed, time is not on our side.

“All of this must be very urgent,” said Yana Garcia, secretary of environmental protection at the California Environmental Protection Agency. “We’re not denying that, so certainly our priority is to do our best to respond as quickly as possible and to execute the programs that we have with as tight timelines as possible.”

Rising temperatures were among the report’s most notable findings, with average annual air temperatures in California having risen about 2.5 degrees since 1895 and warming at a faster rate beginning in the 1980s. Eight of the 10 warmest years on record occurred between 2012 and 2022, and nighttime temperatures have risen nearly three times as fast as daytime temperatures.

The warmer conditions have impacted water availability in the state, with more precipitation falling as rain rather than snow, the report said. Extreme heat events and heat waves — both of which have increased in frequency — are also leading to more heat-related illnesses and greater energy expenditure to keep cool. Low-income communities and people with pre-existing conditions are particularly at risk.

Along with the heat, drought conditions have also worsened, with 2000-2021 being the state’s driest 22-year period in the past 1,000 years, during what the report called “an emerging ‘mega-drought’ era.”

A striking finding notes that two snowfields and one of two glaciers in the Trinity Alps have disappeared by 2015, with the remaining glacier “arguably too small to still be considered a glacier” as of 2021.

The state’s warming, drying climate is having a profound impact on wildlife and vegetation, including unprecedented tree diebacks in California, the report said. An estimated 170 million trees died between 2010 and 2021, including about a third of southern Sierra Nevada’s coniferous forests.

Vegetation is also better prepared to burn, and wildfires across the state have increased dramatically over the past 20 years. Ten of the 20 largest wildfires since 1950 burned in 2020 and 2021, including the record-breaking August Complex, which surpassed 1 million acres in 2020 and became the state’s first “gigafire.”

“It’s worrying that some of the changes are happening much more rapidly than was expected just a few years ago,” said Carmen Milanes of the Office of Environmental Health Hazard Assessment.

Also of concern are the secondary consequences of the state’s climate changes, such as B. Declining populations of birds and mammals due to hotter, drier conditions. The warming of the river water has contributed to such a dramatic decline in Chinook salmon populations that they have been designated an endangered species.

“California’s biodiversity is under threat as changes in living conditions caused by a changing climate are occurring at a rate that could overwhelm the adaptability of plant and animal species,” the report said.

People suffer too, in part due to increased exposure to harmful wildfire smoke. During the record-breaking 2020 wildfire season, plumes of smoke were present in every county for at least 46 days, the report said, and airborne particulate matter levels remained dangerous for weeks.

The report also says heat-related occupational diseases are on the rise, as are cases of valley fever, a fungal infection linked to dry soil conditions.

Though the results were troubling, officials highlighted California’s list of aggressive climate action, including a record $54 billion investment in climate action by Gov. Gavin Newsom this year. Newsom also signed a series of legislation aimed at reducing the state’s oil consumption and reducing air pollution, among other things. The state aims to achieve carbon neutrality by 2045 at the latest and 90% clean energy by 2035.

Garcia said two areas where the state is accelerating action are water supply and air quality issues, including through the use of electric vehicles.

“A large part of the way we look at our ability to impact climate action comes from our ability to drive markets and economic growth and technological innovation,” she said, “and I think we’re seeing some of that, particularly in the vehicle area. ”

The state also shows progress on emissions, with the report noting that greenhouse gas emissions from human activities have been falling since 2004 despite population growth. However, a recent study by UCLA showed that emissions from wildfires, previously uncounted, may have undone most of those efforts.

“The stark data that has now come to our attention is extremely worrying,” Garcia said of the study. “Part of our mission is to redouble our wildfire risk reduction efforts to safely manage wildfires.”

And while California is seeing “quite a lot of investment flow from the federal government” to help with infrastructure, drinking water and other challenges, she said more is needed. Nearly a million Californians live with contaminated drinking water, and more than 1,300 wells have been reported to have dried up this year.

“The infrastructure investments that we’ve made so far could benefit from additional investment from our federal peers, our federal partners,” she said.

Also new to this year’s report was the state’s collaboration with more than 40 California tribes, including the Santa Ynez Band of Chumash Indians, the Karuk Tribe, and the Bishop Paiute Tribe, who contributed to the assessment.

“Warming temperatures, changing precipitation patterns and increasing droughts have increased dependence on groundwater, damaged aquatic habitat, stressed vegetation and reduced previously plentiful wildlife,” the report said. “As the environment is affected by climate change, the health of the tribes suffers.”

The report also highlighted emerging climate issues that are “plausibly impacted by climate change, although not yet established.” Those issues include a reduction in coastal fog, an increased frequency of harmful algal blooms and increased lightning activity, the report said.

Elevated levels of allergens, food and waterborne infections, and zoonotic diseases occurring between humans and other animals were also among the emerging problems.

The report’s findings are “not necessarily surprising, but worrying,” Milanes said, both because of the rate of change and the compounding effect of various impacts.

Takeoff From The MIGOS Murdered Over Dice Game In Houston!! (Pics & Video Of Him Losing Life)

Romance novelist Nancy Brophy to be sentenced for murder