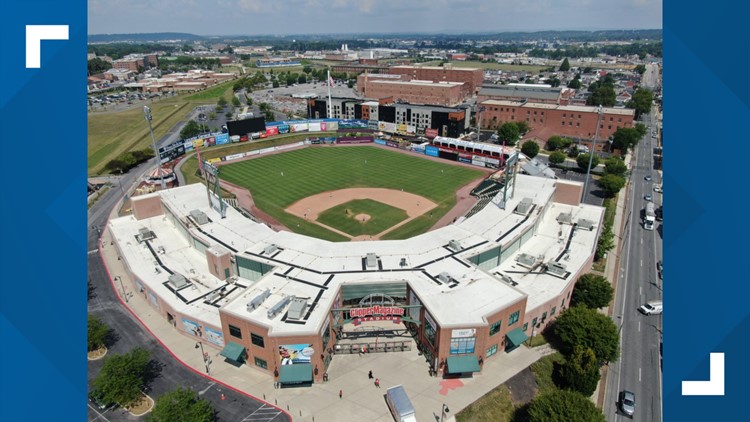 It’s the third year in a row that the home of the Lancaster Barnstormers is listed as “Best MLB Partner League Ballpark” by Baseball Digest.

The award is voted on by fans. Clipper Magazine Stadium beat out Haymarket Park, the home of the American Association’s Lincoln Saltdogs and the NCAA’s Nebraska Cornhuskers, in the final balloting.

A total of 48 ballparks, representing the Atlantic League, the American Association, the Frontier League, and the Pioneer League, were considered.

Clipper Magazine Stadium, which opened to the public on May 11, 2005, hosts 66 Barnstormers home games this season — but it’s not just known for baseball.

The stadium is filled with many amenities and features, such as a state of the art Kids Park with inflatables and a carousel, a special dugout for nursing mothers, a picnic area catered by Hess Barbecue, the Broken Bat Craft Beer Deck, and a ” backyard” viewing area where fans can play lawn games like cornhole while watching baseball.

There is also an Outdoor Experience area down the right field line, with table games like Jenga, and a suite level that includes a vintage pinball machine arcade.

“We owe a debt of gratitude to our year-round staff, our sponsors, community partners, ownership and the fans,” Barnstormers president and general manager Mike Reynolds said. “A special shout out to our incredible event staff and volunteer program through the United Way of Lancaster County that work hard to provide the best experience to all visitors of Clipper Magazine Stadium year-round.

“Every day we strive to make this the best ballpark we possibly can. Cleanliness, striving to provide the best experience and constantly updating the ballpark are always top priorities.”

To celebrate this honor, the Lancaster Barnstormers will hold a “Three-peat Thursday” on Thursday, July 14. Tickets to the game are available for just $3.

In addition, there will be a $3 craft beer special at the Broken Bat Craft Beer Deck.

Europe Hits Putin Where It Hurts

Real Housewives of Dubai Roasted As a Massive Flop, Housewives Fans NOT Impressed