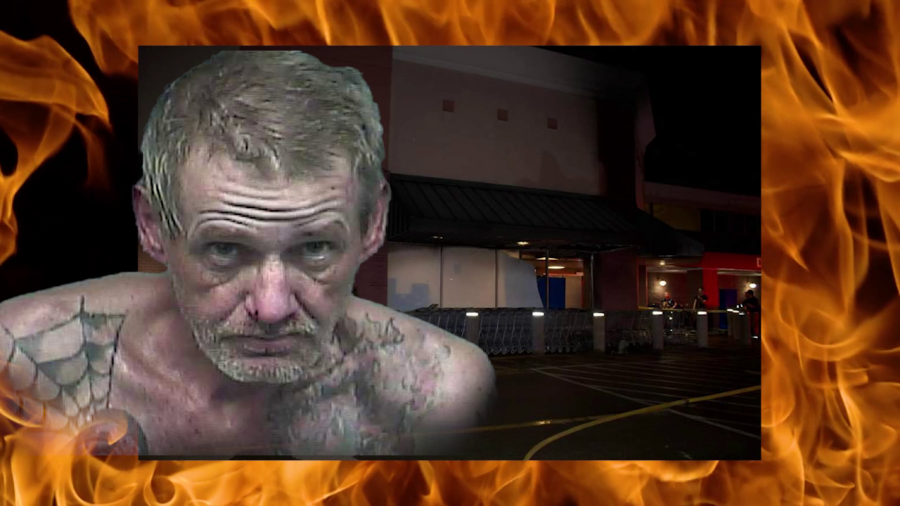 COLUMBIA, Tenn. (WKRN) — A Columbia man is behind bars accused of attempting to burn down the Kroger on Columbia’s Nashville Highway.

When firefighters arrived, flames shot up in front of the building.

The store was closed, according to investigators, but six employees were inside restocking shelves and cleaning up.


A man working across the street at the water company saw the flames and called 911.

Caller: “I’m Kroger across the street on the Nashville Highway and there’s a fire over there. It’s almost as tall as the building is now. It’s almost like a huge campfire, like a bonfire.”

Investigators say the 53-year-old Columbia man was intoxicated and in possession of meth.

Photos from News 2 show fire damage to more than a dozen shopping carts parked in the shopping cart concourse. The plastic was melted and the metal was burned.


By Monday morning the outside of the store was scorched to the roof and the awnings were on fire.

The front doors on the right side of the store are now boarded up and there is yellow warning tape telling shoppers to enter on the south side of the building.

According to Assistant Chief Donnie Knoepfel of Columbia Fire & Rescue, when the flames entered the store through a broken window, two fire sprinklers were automatically activated, helping to put out the blazes before firefighters arrived.

According to a Columbia police report, store employees said Jeffrey Mealer banged on the doors before the fire and claimed his wife worked there.


When employees at the store told him she didn’t work there, they told investigators the 53-year-old got “very excited” and left. The fire broke out a short time later.

According to the report, Mealer has repeatedly denied setting the fire. After his arrest, he refused to speak to the police.

Investigators did not name a possible motive for the arson.

Columbia police confirmed they have surveillance video from cameras located above the entrances.

“It’s annoying. We’re here to protect people and to answer that call when we get it. Of course, if there is a fire, this poses a danger to the public and the fire brigade,” said Knoepfel.

Mealer is charged with aggravated arson and six counts of reckless endangerment with a weapon – the weapon being fire. The six counts apply to each person in the store.

Kroger had no comment other than to say they are grateful no Kroger employees were injured.

Blueface's Sister Claims Her Husband Left Her After Viral Fight!!