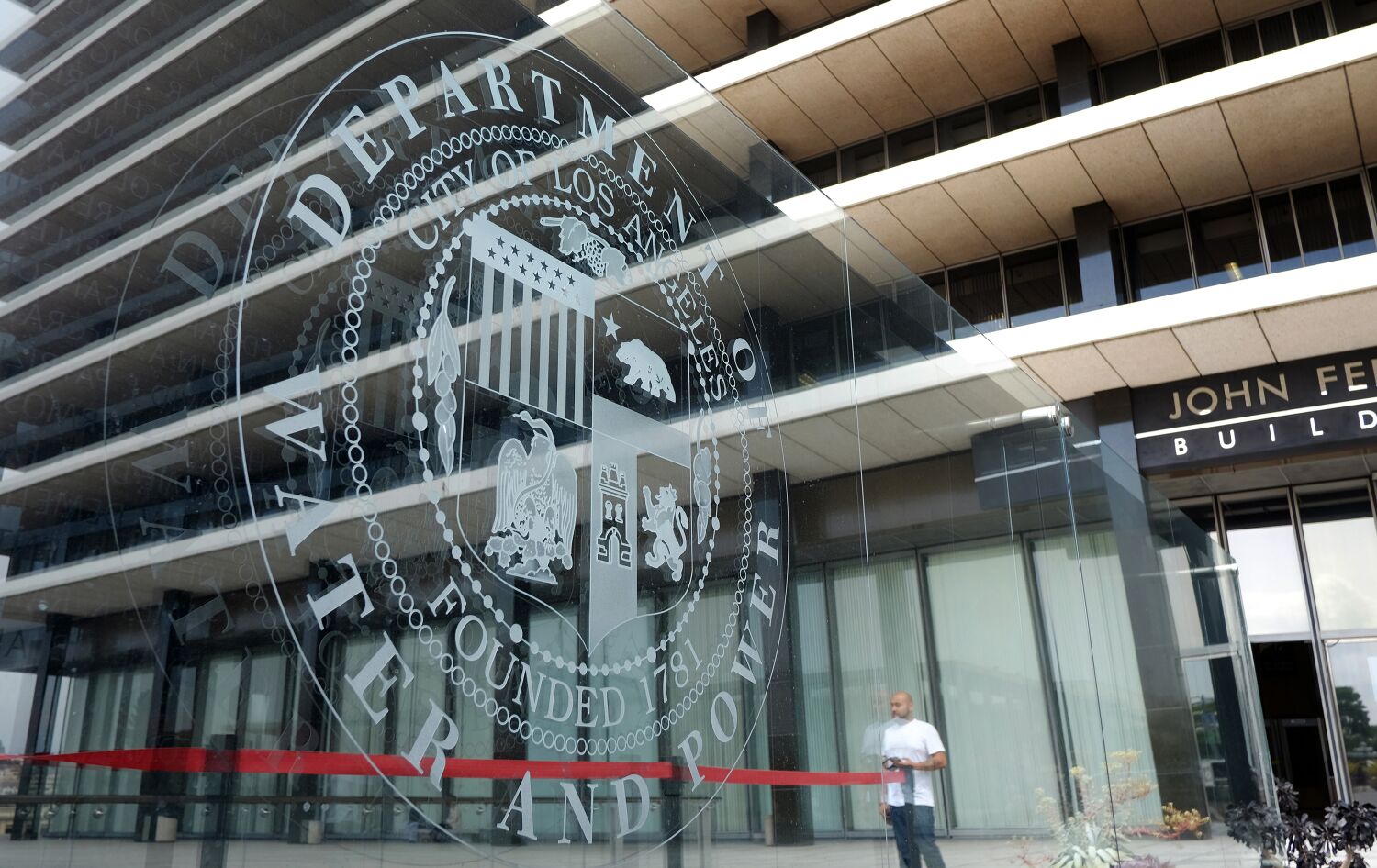 More than once over the years, when people have complained about how hard it is to survive in a low-wage economy with such crippling health care costs, I’ve recommended they apply for a job with the Los Angeles Department of Water and Energy.

I was reminded a few days ago when the terms of the new DWP contract were announced that this is still sound advice. And there’s more good news: the utility never far from scandals is hiring.

In an article by Dakota Smith, The Times reported that Mayor Eric Garcetti backed a hefty pay rise for water and utility workers after an 11-0 vote by the Los Angeles City Council.

About 10,000 workers at the almighty campaign fundraising factory known as Local 18 of the International Brotherhood of Electrical Workers will receive pay increases of between 10% and 24% over a four-year period.

All workers receive 3% stocking filler as a cash bonus.

In addition to these pay increases, 800 utility workers will receive an additional pay package of 20% to 41% over the four years. In one scenario, some workers’ salaries could increase by as much as 74%.

And, once again, despite years of promises by Garcetti and others to require workers to pay for healthcare, going to the doctor or hospital will continue to be virtually free for the vast majority of workers.

A spokesman for Garcetti said the mayor believes “this contract will put the city in a strong position to retain and attract a skilled workforce to deliver our key city services.”

But this is the same mayor who said in 2013, after defeating IBEW-backed candidate Wendy Greuel, that DWP employees needed to start contributing to their healthcare costs. The mayor then withheld a treaty deal and won significant concessions, but backed down on asking for health contributions.

The same thing happened in the 2017 contract, when handsome raises were granted, but the health gift remained. So during the Garcetti administration as mayor, that’s strike one in 2013, strike two in 2017, and now strike three.

“The worst thing about this deal,” said former LA city official Rick Cole, is that other city unions “want to use it as a benchmark and the city is on the verge of suffering a recessionary revenue drop.”

To be fair, health care should be free for everyone, or at least more affordable. But that’s a story for another time.

And I should say that not everyone thinks this new DWP contract is out of line. One reason is the claim that pay is higher at other utilities, some of which have lured and poached DWP employees with better offers. That’s what Garcetti was getting at when he said this treaty will “retain and attract a skilled workforce.”

A DWP spokesman, citing his bosses, said that of the 150 electrical line workers trained over the past five years, 70 have left because “our salaries were not competitive”. According to DWP, there are hundreds of vacancies due to hiring difficulties, and that drives up overtime costs to keep operations running.

Meanwhile, ratepayers’ attorney Fred Pickel told me he supports the new contract, based in part on his research into compensation packages being offered by competing utilities. Pickel said the DWP is at the top when it comes to health insurance, but when you factor in salaries, pensions and other benefits, the DWP’s standing plummets.

With the rising labor and pension costs that will arise as LADWP faces green energy costs that will be in the tens of billions, one would think there would have been a solid public scrutiny of this new contract, which will cost between $55 will cost million and $111.8 million a year.

Skeptics should have been able to put DWP officials to the test and demand specific examples of poaching. You might have asked if a utility company that not long ago had a comically egregious overbilling fiasco and watched a recently corrupt GM go to jail could be trusted to competently negotiate the new contract.

Another fair question: How long might it be before tariff payers – who are saddled with both their own healthcare costs and those of DWP employees – pay more to turn on their lights and faucets?

But as Smith reported, the city council – limping after the recent racism scandal – chose not to hold a public hearing on the new pay package, just as it chose not to in 2017. And outgoing council member Paul Koretz, who heads the personnel committee, which could have challenged the deal, declined to comment.

“It’s not about keeping employees in the city,” Court said. “It’s about paying back one of the city’s most connected unions, and it’s a parting gift from politicians who have nothing to lose.”

The political wing of IBEW made donations to Council Member Curren Price and new Council Members Traci Park and Tim McOsker in the last election cycle. It has also pumped more than $1.4 million into a political action committee to support Mayor-elect Karen Bass.

You know the saying. The more things change, the more they stay the same.

If you’re looking for a job that pays well and has top-notch benefits, don’t walk to the nearest DWP recruitment office.

https://www.latimes.com/california/story/2022-12-03/lopez-column-la-dwp-deals-keep-getting-sweeter Column: At the DWP, the deals keep getting sweeter

'Freedom on Fire' review: Ukraine and the courage to take action