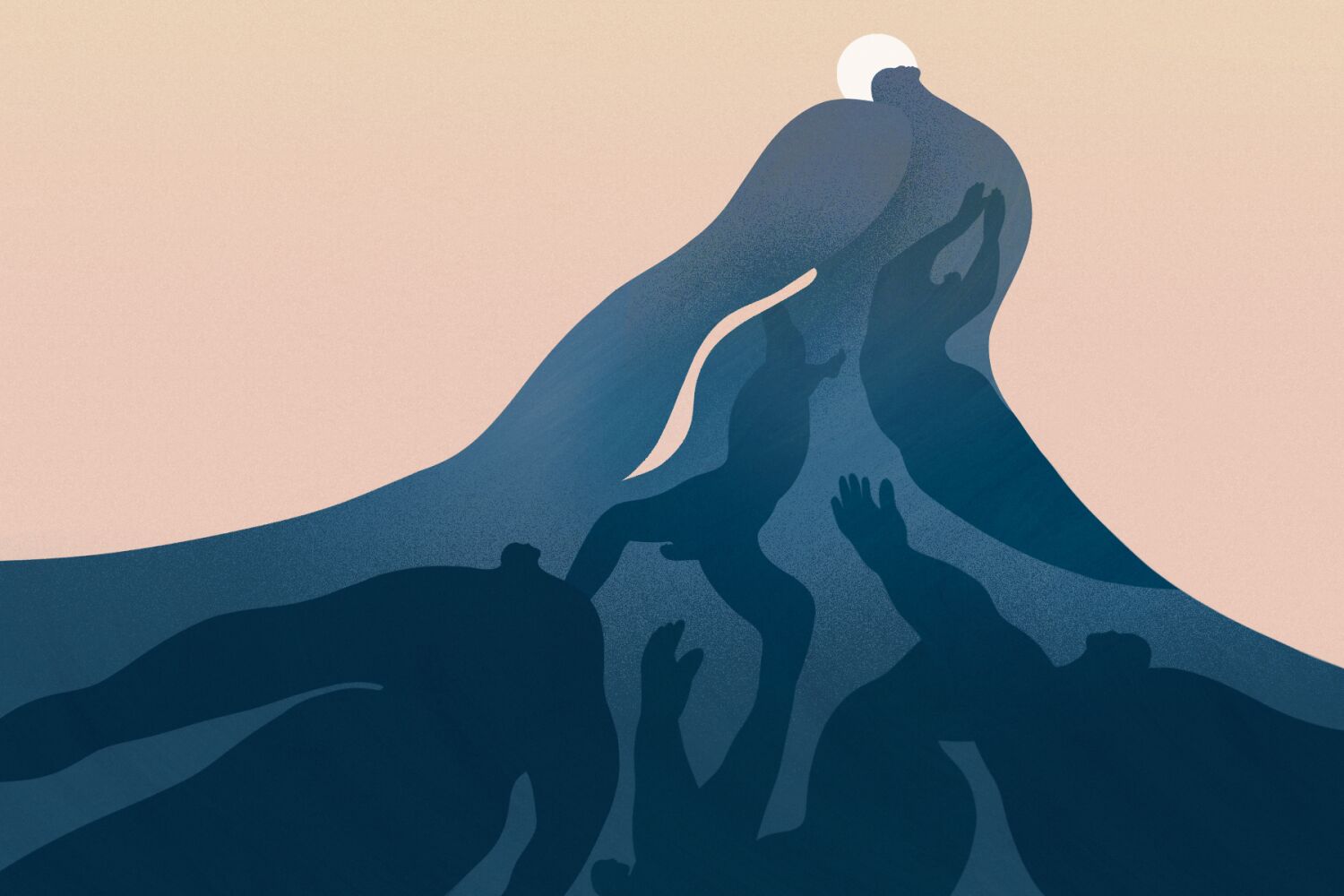 “Says she was raped by the producer.”

Sometimes, when I least expect it, those words will float through my consciousness, saturating a few hours of my day with fear and guilt.

They were on a pink note that read, “While you were out,” that was on my desk sometime in the fall of 2017, among a stack of identical notes with similar messages.

It was the culmination of #MeToo, and like many media platforms, the Los Angeles Times was inundated with women reporting sexual harassment and assault by high-profile men, many in Hollywood.

Thousands of women, initially encouraged by the New York Times’ reports on Harvey Weinstein, took to social media to share their stories of harassment and abuse. As the LA Times began investigating some of the accused men, hundreds of women began contacting us directly. Some reached out to reporters, others simply called the main number and asked to speak to someone on the calendar. Multiple women. With different stories. Every day. For months.

As deputy editor of the calendar, I was handed these stacks of messages. I would review them and pass them along to the reporters working on #MeToo stories, which to be honest pretty much everyone was. Most of The Times’ entertainment and business reporters followed leads, as did critics and columnists. Three weeks after the publication of the original Weinstein story, Times Awards critic Glenn Whipp published a story in which 38 women accused producer James Toback of sexual harassment.

That number eventually rose to 395. Whipp spoke to everyone.

Whenever someone uses the term “witch hunt” to describe the year this country came to terms with the monstrosity of sexual harassment, I know that person never set foot in a newsroom between 2017-18. In our editorial office it was like a massive dam bursting or the fall of the Berlin Wall anyway. Even with dozens of reporters working 15 hour days, seven days a week, we couldn’t keep up with the women and their stories.

Instead, we were forced to make choices and make decisions on the battlefield: Is the accused a public figure? How serious are the allegations? How many accusers are there? Are you ready to hit the record? Do you have solid evidence?

Reporters and editors were exhausted and appalled, admiring many of the women who came forward, outraged by the culture of fear and shame that had silenced them for so long, sometimes shocked by the number of allegations. Knowing we could never report on everyone, we were occasionally overcome with grief.

“Says she was raped by the producer.”

It was at the bottom of a pile whose papers I know I passed out during one of the many mini-meetings we had during that time. At that point we had lists of clues, Google Docs of the defendants and their accusers. We had ongoing investigations into Brett Ratner, Russell Simmons, James Franco and many others. I remember combing through the lists and asking reporters if anyone had followed up on this or that message, but I was never sure if anyone had called that woman back.

There were so many leads to follow, so much pain and trauma shared, much of it was never spoken out publicly because so many women ended up missing the record. Reporters struggled with the need to persuade sources to go public and fear that they would put pressure on people who had already been coerced or assaulted. For every story we could tell, there were five more that we couldn’t even tell in full.

Some of the allegations were sketchy – vague or poorly remembered, occasionally contradictory. But many others were very specific and often still took place in real time. I still worry about the young woman who claimed she was being stalked by a famous actor or those who said they were being harassed while working for someone else. They could have lied, I suppose, but the reporters they spoke to said they just sounded scared either way.

For a good reason. As proven by Ashley Judd, Mira Sorvino and Rose McGowan, careers can end. As recent revelations about how members of the Los Angeles Police Department covered up charges against Les Moonves has disastrously demonstrated, the balance of power almost always rests with the accused. Few of the hundreds of women the Times spoke to had even the potential protection of notoriety.

And as silent as the Weinstein scandal was, it also set the bar destructively high. Weinstein’s decade-long crime spree was so heinous, so calculated, and enforced through blatant brawling that “Not as Bad as Weinstein” became an asterisk accompanying too many other revelations about harassment and assault. This not only discouraged many women from speaking out publicly, but also allowed people to downsize or even dismiss cases that didn’t meet Weinstein’s standard of horror. To use words like “witch hunt”.

Sometime in 2018, as cultural attention turned away from the staggeringly lengthy lists of men accused of sexual harassment, the conversation shifted to what exactly we should do about it. There was no single answer to such a wide variety of allegations that were many decades old. Some men were fired, some weren’t; some have been prosecuted, most not; some resisted or kept a low profile, then quietly returned to their chosen professions. Women stopped reporting at least in such numbers, and the moment passed.

As #MeToo turns 5 and Weinstein, already incarcerated, faces additional charges in an LA courtroom, sometimes I can’t believe what happened even though I was there.

I occasionally wonder if the message from the woman who said she was raped by a producer is a pipe dream, an image conjured up by my subconscious to symbolize all the women whose voices weren’t heard.

I want to believe that #MeToo had a bigger and more meaningful legacy than putting Weinstein behind bars and removing a few abusive men from positions of power. I would like to believe that it has at the very least weakened the systems that permitted and even encouraged sexual harassment and challenged the ethos that presents sexual access as one of the spoils of success.

Then I think of the woman who called to say she was raped by a producer and pray that if I somehow misplaced her message she reached out to someone else.

Every Zodiac Sign Has a Dream Travel Destination—Here’s Yours