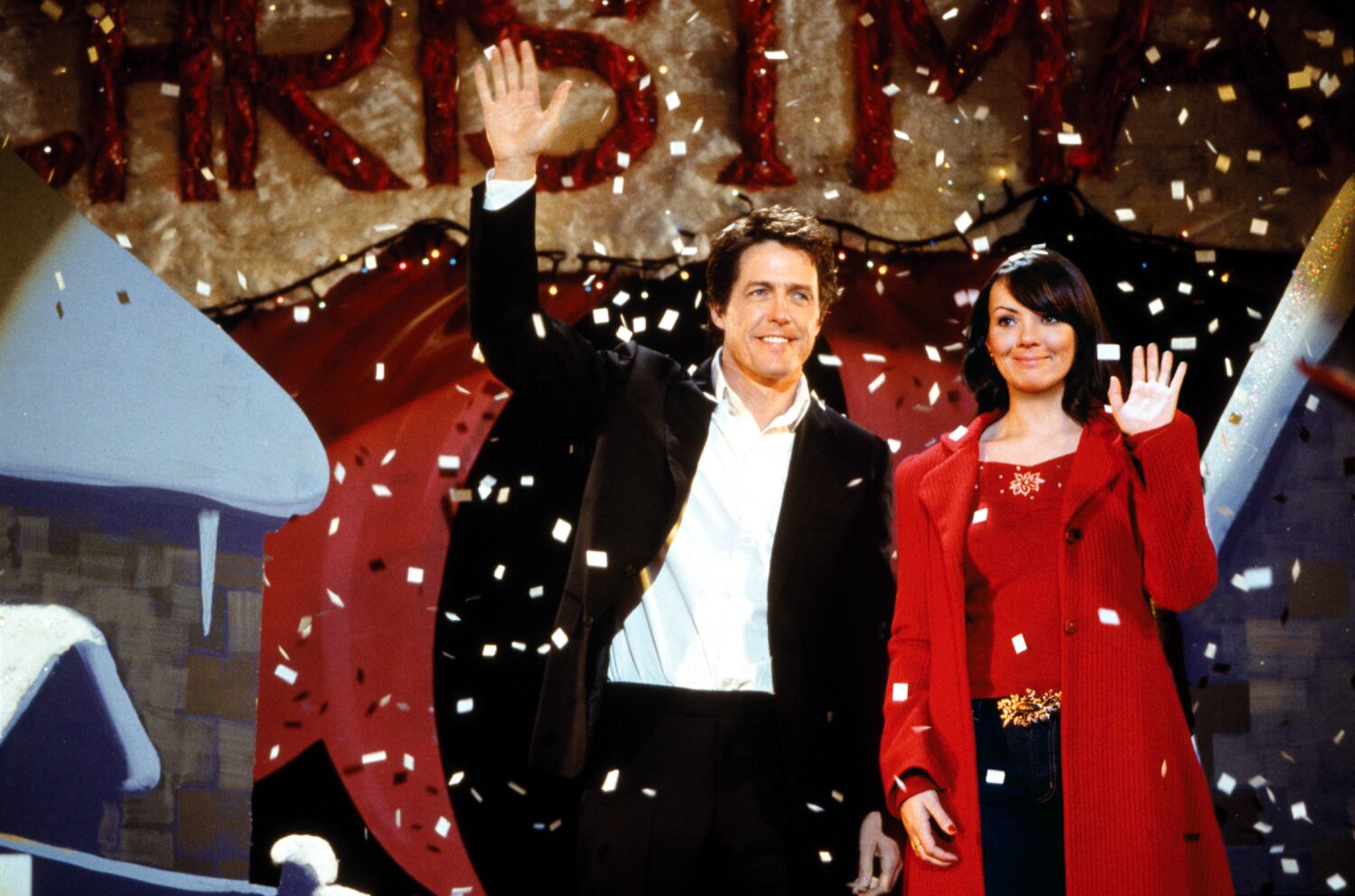 It’s the most wonderful time of year again when Michael Bublé breathes Christmas carols down the neck of every supermarket shopper a full month early, the local Christmas tree park springs from the mulch of the local pumpkin patch, and people start getting very hot about “Love Actually.”

For some, Richard Curtis’ sweet 2003 rom-com collage is as sacrosanct a piece of Christmas canon as It’s a Wonderful Life, A Christmas Story, or Elf. Memes and TikTok versions of the film’s iconic moments abound. In 2017, a 17-minute sequel helped raise millions for Red Nose Day; a year later, “Love Actually Live” started with its annual holiday program.

On Tuesday, Diane Sawyer hosted a special titled “The Laughter and Mysteries of ‘Love Actually’ 20 Years Later,” in which we discovered, among other things, that the notoriously grumpy Hugh Grant didn’t want to do the memorable dance number and Bill Nighy’s Casting aging rocker Billy Mack was a happy accident.

For others, however, Love Actually represents everything that is wrong with Christmas, cinema, Britain and possibly humanity itself. Over the years, Grinchy critics have expressed surprise and/or outrage at the film’s enduring popularity. It’s been called out for the whiteness of its cast, the mishmash of its plots, the shallowness of its characters, and the fact that so many of the relationships involve men in power and the women who work for them.

In 2018, Stephen Marche wrote an essay that seemed to blame “Love Actually” for Brexit.

Such intense and often overblown criticism proves the film’s place in culture even more clearly than the praise, although the praise grows more lavish with each passing year. Who would have thought that a movie that received only average reviews when it premiered would end with a live music experience and a Diane Sawyer special?

I remember watching Love Actually on a double date at the Cineplex, largely because my husband had succumbed to majority rule despite having seen the film twice before. (I think he wrote a profile of Curtis.)

For a man who isn’t a huge fan of rom-coms and who actively avoided anything involving Hugh Grant up until “A Very British Scandal,” this was a genuine token of love that any spouse could hope for, which only proved the point of the film : Love actually is all around us.

I don’t remember exactly when Love Actually was officially inducted into the Christmas canon, although I do remember speaking to Curtis about it myself in 2011 (when War Horse debuted), and he was pleasantly surprised.

But we’re a loyal “Love Actually” family now and have been for years. It’s the first movie my eldest daughter and I see when we occupy the living room to wrap Christmas presents; then we watch it again with the rest of the family.

As I glanced at the opening scenes in preparation for this column, both of my daughters expressed their disgust – “Are you watching ‘Love Actually’ without us?”

Like it or not, Love Actually has become an essential seasonal ritual. And as with any seasonal ritual, from ugly sweater contests to arguments over canned or homemade cranberry sauce, its emotional power has as much to do with personal or family history as the film itself.

Watching a movie repeatedly can dig up its flaws; I love It’s a Wonderful Life, but I hate that George Bailey’s decision to marry Donna Reeds Mary automatically means he gives up his dreams to be stuck in Bedford Falls. (Why couldn’t they both travel a bit?)

Even within the very elastic limits of its mini-portrait format, Love Actually has more than a few problems. As Curtis himself explained to Sawyer with some chagrin, three of the storylines show men getting involved with women in very menial positions (two secretaries and a cleaning lady). One in which a Brit travels to America to seek sex because British women are so cold plays as if it was pulled out of Dear Penthouse letters, while Billy Bob Thornton’s portrayal of a bullying, sexually predatory American president engages in an act of war equals .

But it doesn’t matter. At least not in our house. The film’s deep understanding of love in all its gloriously imperfect forms is exactly what the season demands. We’re all aware of how absurd and maddening some of this is – no thinking person would think Martine McCutcheon’s Natalie is chubby – but that doesn’t outweigh the joy of the moments we love.

Liam Neeson at his wife’s funeral. Colin Firth, in his adorable monolingual way, stumbles through the budding relationship with Lúcia Moniz’ Portuguese-speaking Aurelia – particularly in the scene where he jumps in the pond and freaks out about eels.

As you can see, it is a Homeric list. For all the story’s devotion to sentimentality, the dialogue is witty and sharp, delivered by a ridiculously talented cast that lasts for days. Is Chiwetel Ejiofor wasted? Yes he is. Would more diversity have made the film more representative of modern Britain? Yes, as Curtis also admitted to Sawyer, it would.

“Love Actually” would never make the top 100 list of all time, but that’s not the point. Like the holidays themselves, many films in the season’s canon are a bit chaotic, but we overlook the flaws because the good bits bind us together and remind us of the happy moments of other years.

Some of these staples – “A Christmas Carol” with Alastair Sim; It’s a Wonderful Life, Elf, Die Hard, Silver Linings Playbook and the animated How the Grinch Stole Christmas! are legitimate cinematic highlights. The rest endures because they’re doing what we’re supposed to be doing this holiday season – join us on an emotional journey filled with laughter, tears, nostalgia, hope and, if we’re lucky, the odd magical snowfall.

And maybe give us something to argue about that has nothing to do with politics.

So “Love Actually” haters can scream all we want, but the rest of us will still laugh, cry, quote and dance our way through every sublime and ridiculous moment. Because rituals matter and this is one of us.

And I don’t think it had anything to do with Brexit.

https://www.latimes.com/entertainment-arts/story/2022-11-30/column-what-is-it-about-love-actually-that-everyone-loves-or-hates Column: ‘Love Actually’ is like fruitcake: love it or hate it (and I choose love), it’s here to stay

Penguins' Kris Letang out indefinitely after second stroke of career

‘Halloween Ends’ slays the competition at the box office