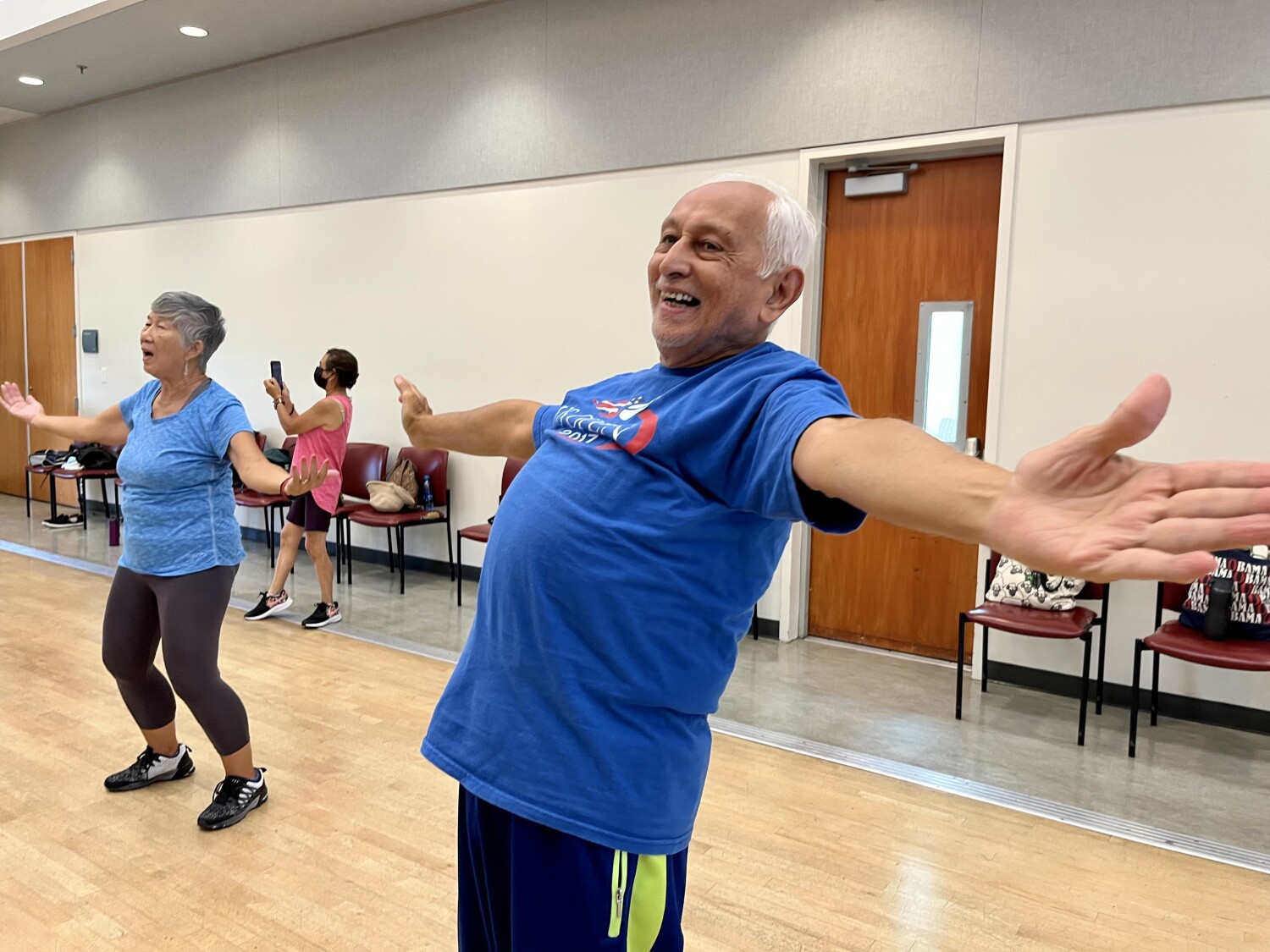 At the end of August it was the 10th anniversary of my death.

I didn’t think much about it because I was busy visiting my cardiologist and a podiatrist. The older you get, the more time you lose trying to stay alive.

Then I got an email from a woman who described herself as an “old lady” in her mid-70s, which I don’t think is that old. West Side Berti had read my column about buying an electric car and said no thanks, she’d like to stick with her 2003 Toyota.

“She has both a CD player and a cassette player!!!!” Berti wrote from her chariot.

She recently had to rent a car, but there was “so much newfangled tech stuff in there” she couldn’t figure out which was which. Berti said she still uses a landline phone with an answering machine to monitor her calls, although she used Zoom to keep in touch with friends at the height of the pandemic.

I can easily identify with an aversion to the insidious, dehumanizing intrusion of technology into our lives.

You’ll need your watch to find your phone, but why bother as you can’t get a live person on the line. You need a remote control to turn on the TV, one to change channels, one to stream and one to bang over the head.

“I’m really struggling, and a lot of that is my attitude. I could learn it, but part of me just doesn’t want to,” said Mike Washington, one of the regulars I’ve met at Tolliver’s Barbershop in South LA

Washington, in his 70s, bought an electric Mustang and said he couldn’t figure out half the tech options. His wife tells him to get in better shape, but Washington says he only learns what he needs to learn and no more.

“We old women try to learn the new technology because we’re kind of trapped,” said Linda Harner, who I met at the Culver City Senior Center, where she teaches Spanish.

You just can’t deal effectively with the modern world unless you learn some technical skills, said Harner, who recently helped a disabled friend. The woman, who lives alone, was recovering from knee surgery and had to create an account with her care provider.

“I helped her get online to get a password,” Harner said.

“Society is not built for aging,” said Jill Thomsen, director of the center. She’s in her thirties, she said, and even she gets intimidated at times.

“You’re getting to the point where it is, TikTok? I’m not going to go to another social media site and try to figure that out,” Thomsen said.

And yet, Thomsen noted, as the pandemic closed the doors at the senior center, some of the members used technology to stay connected.

“It’s a blessing and a curse,” said Maribeth Dougherty, who teaches the MindBody dance class at the senior center and has been leading her classes on Zoom during the shutdown.

As crazy as technology can be, Dougherty said, “When you create new neural pathways in your brain, there’s an advantage.”

The vitality on a dance floor also has an advantage when dozens of people brave the time. I went to Dougherty’s class and saw a lot of inspiration.

I noticed a nimble gentleman with a US Open tennis t-shirt and a smile as wide as Santa Monica Bay.

“I’m speaking to you on my iPhone right now while watching doubles tennis on TV,” said Homi Gandhi, 81, when I called him the next day. He drives an electric car, and when I texted him the photos I took of him, he nimbly sent them to his kids and grandkids, who weighed what they liked best.

Gandhi, a retired accountant, said he doesn’t like how technology is abused by those who target seniors with caring sales pitches and otherwise invade their privacy. But whether it’s a Zoom class or communicating with family, he doesn’t want to be left behind.

“There is no other way out,” said Gandhi.

Pete Matus, a teacher and events coordinator at the Pasadena Senior Center, told me the pandemic has turned many members into tech pros. They bought tablets and smartphones and learned to shop for groceries, explore social media and take classes online.

There were some glitches. Namely, a few instances of people forgetting to turn off the video feed while answering nature’s calls. And not everyone bought into the modern world, but the majority did.

“I’d say about 80% of them are there to change over time,” said Matus, who runs an iPhone and iPad course and told me that scenic walks for seniors mean photographing and editing their learn film roles.

dr Gene Dorio, a geriatric primary care physician in Santa Clarita, told me that he tells tech-resistant patients that they are perfectly capable of learning the basics.

“I think we’re told or made to believe that technology is over our heads, but that’s nonsense because once you learn it, you realize it’s not a problem,” said Dorio, a member of the LA County Commission for Older Adults.

Dorio told me that he recently visited a 95-year-old patient in a home where the temperature was appropriate for her age. She thought the air conditioner was broken. Dorio took a look, replaced a battery and the temperature dropped 10 degrees in the time he was there.

Family members and others need to look after the frail elderly, especially amid deadly heat waves, Dorio said, and help them become a little more comfortable with technology. And senior centers and other organizations need to emphasize the importance of technology as potentially life-saving, with various SOS devices that can detect a fall or other emergency.

We just need to make sure that with all this technology roaming free, patient privacy is protected, telemedicine is not corrupted, and life-saving devices are available to the many, not the few.

This brings me back to my death and resurrection 10 years ago. Postoperatively, I went into cardiac arrest following a knee replacement, but was quickly resuscitated and left the hospital with a new knee and pacemaker. A few months later I had a second knee replacement and survived the second attempt.

When my heart is beating, I use a pacemaker monitor to read my condition and alert my cardiologist. During my visit to Dr. Leslie Saxon last week she told me I could have foot surgery if I wish. She suggested I consider a smartwatch because wherever I am it can monitor my heart rate and even get an EKG that I can download and send to her.

This might come in handy when I enroll in the MindBody dance class in Culver City to celebrate the 10th anniversary of my death, as teacher Dougherty suggested.

I told Dougherty I have a bad foot and two prosthetic knees.

“Everyone in the class has artificial joints,” she said.

The trick is to keep moving forward no matter what.

https://www.latimes.com/california/story/2022-09-03/lopez-column-10th-anniversary-of-my-death Column: Marking the 10th anniversary of my death

Amtrak service between Seattle and Vancouver BC resumes