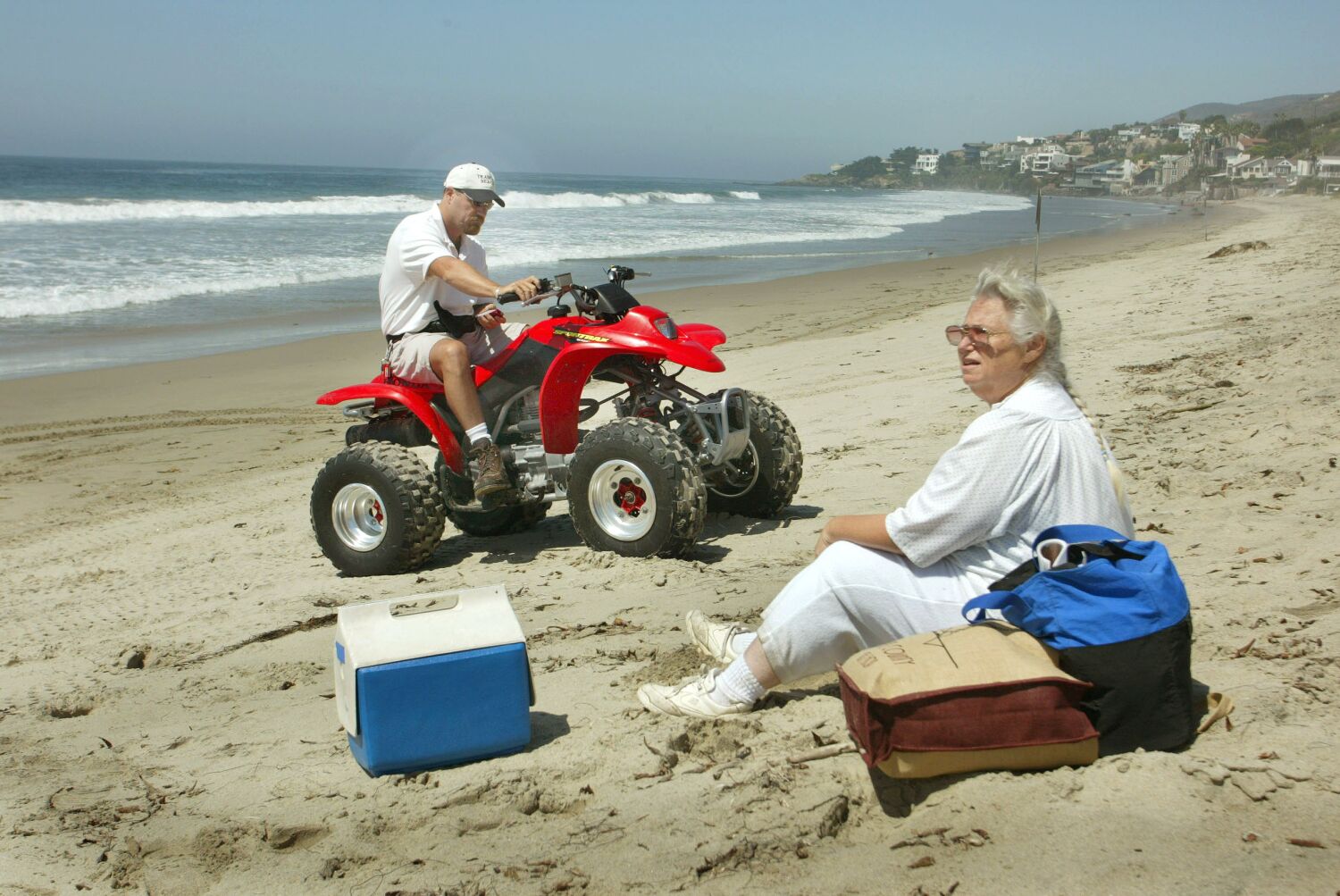 The glorious 1,100 miles of California coastline have lost a passionate defender and tireless champion.

Sara Wan, a Malibu resident who has served with the California Coastal Commission longer than anyone and was an environmentalist for four decades, died Sunday after complications from a recent surgery. She was 83.

“Sara was the driving force behind coastal activism as it exists in California today,” said Susan Jordan of the California Coastal Protection Network. “Those of us who have served her and the public owe her a great debt of gratitude for her years of exceptional leadership, perseverance and vision.”

When I needed to know the story of a coastal dust build-up over the years, Wan was able to break it down with historical perspective and encyclopedic precision.

A massive controversial development in the hills above Malibu. The government plans to poison mice in the Farallon Islands. The disregard of rules for communication between developers and clients. Whatever the topic, Wan was eager to speak out.

In 2016, during the controversial impeachment of the head of the Coastal Commission, she told me it was all about dark forces “taking control of the commission and undermining its independence and eventually handing over the coast to development and energy industries.”

Wan will be remembered across the state today by those who knew she was there when battle was brewing, armed with an intimate knowledge of the state constitution, coastal law and the fragile nature of the state’s magnificent coastal habitats.

“The most dedicated, most difficult, most dedicated coastguard I’ve ever met,” said Mark Massara, one of California’s first coastguard activists. “No attorney, attorney, scientist or elected official has been immune to their midnight calls, outside their ‘war room’ in Malibu, and there has been no pause in their efforts to protect California’s coastal resources.”

Wan was a member of the Coastal Commission in 1998 when it opposed a proposed mega-development near Hearst Ranch. In this case and countless others, it wasn’t just the fish and fauna that Wan was on the lookout for. She believed in the principle that the coast of California does not belong to one of us, but to all of us, and that it must be constantly defended. Not only against overbuilding, but also against attempts to make beach access private and exclusive.

“I’ll never forget the time she drove to Broad Beach in 2003 and sat there when these lifeguards on ATVs were trying to get rid of her,” Ainsworth said.

This was in Malibu, where homeowners were determined to keep non-residents off the beach. But there wasn’t a patch of sand anywhere in the state that Wan didn’t know personally. She knew all the rules of easements and driveways, and she knew all the tricks landowners used to mislead and deter the public.

Wan’s husband, Larry, is a noted conservationist himself, and he recalled the day in Malibu when his wife collapsed on the sand and refused to move.

“It was an amazing sight,” Larry told me Tuesday, saying his wife informed security and later a deputy sheriff that she was right, she was wrong, and that she was not moving.

“She had to show them all the ordinances and they didn’t know what to say. They tried to arrest her and she showed them all the legal stuff and they all left,” Larry said.

Larry said his wife brought a picnic basket to their protest and when the cops left they enjoyed a tasty snack on the beach.

The Wans met while attending Yale University and moved to California in the 1960s, settling in Malibu in the mid-’80s. Wan had advanced degrees in zoology and engineering and held a variety of jobs before transitioning into what Eric Wan, her son, called “her second career” — full-time, all-in conservation advocacy.

It started with paying close attention to coastal access and development issues in Malibu, Eric said, and progressed to advising others on how to present their positions to government agencies like the Coastal Commission. She was appointed to the commission in 1996 and served for 15 years, not always without controversy or drawing the ire of property owners or developers.

In a bitter struggle to chair the commission, Wan prevailed. But feathers were ruffled in political circles and for some in the environmental community, and Wan eventually lost her seat in 2011.

But not her passion for conservation.

Wan founded Vote the Coast to promote candidates who were defenders of coastal protection and the Organization of Regional Coastal Activists (ORCA) to train a citizen brigade of environmentalists and watchdogs.

Mark Gold, the state’s director of marine and coastal policy, called Wan an “eco-warrior” and said her conservation work stretches beyond the state’s borders and covers everything from woodpeckers to whales.

Their efforts to preserve one of the last undeveloped canyons in Malibu resulted in the area’s naming as the Corral Canyon Park Sara Wan Trailhead. In Marin County, a 34-acre property earmarked for development was donated to Wans’ Western Alliance for Nature last year instead, and the land will remain a habitat for wildlife, including the northern spotted owl.

Larry and Eric told me they are grateful that Wan’s work is being continued by those she taught and inspired. Pam Heatherington from San Diego is a good example of what they are talking about. Heatherington worked there for years on a coastal access project and learned everything from Wan.

“If I hadn’t been trained by ORCA, we might have missed the opportunity,” Heatherington said. “Sara didn’t tell us what to do, she taught us what to do … She left a legacy that will live on in many people.”

How Premier League, English football came to a stop as a nation mourned the death of Queen Elizabeth II