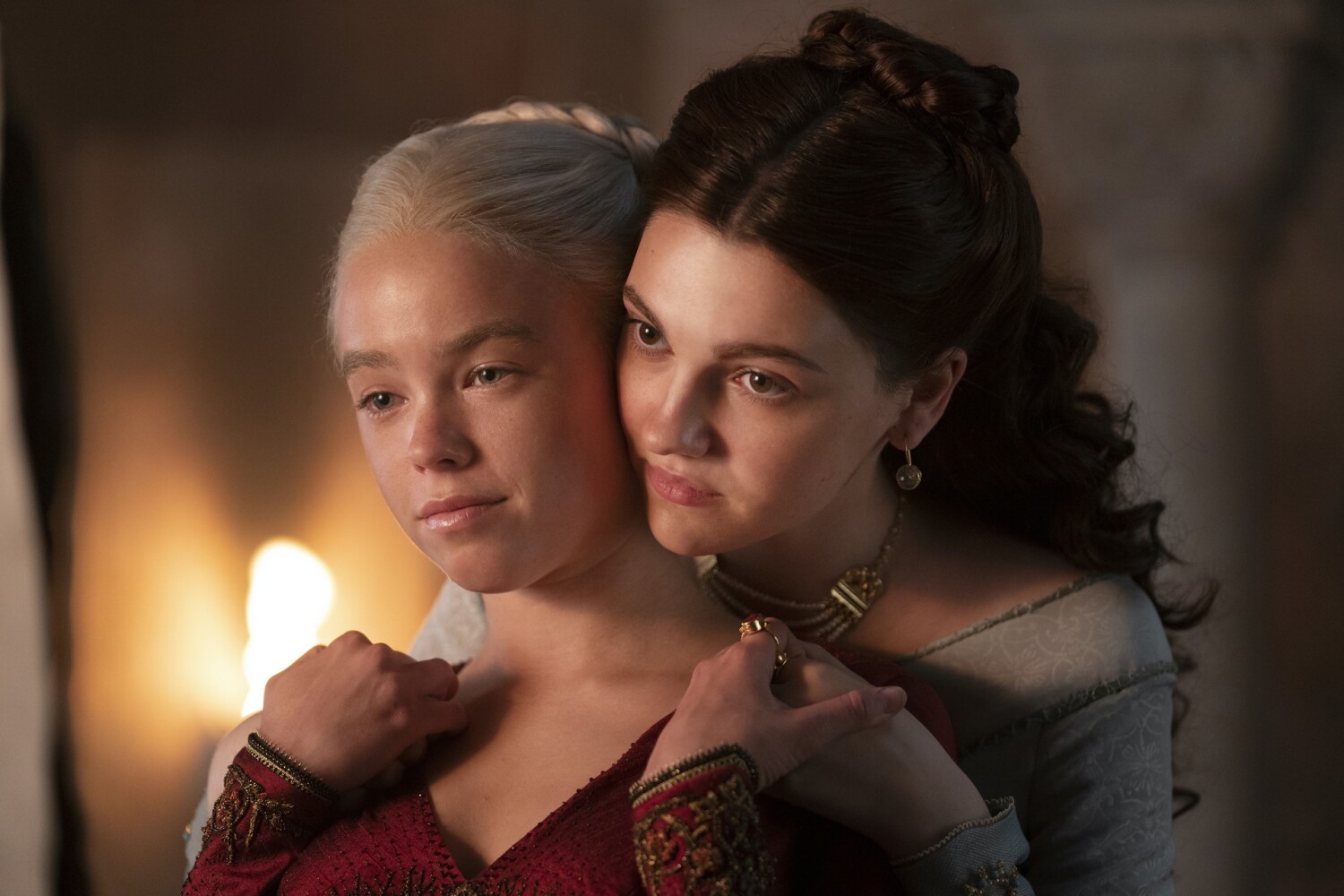 LA’s Natural History Museum is good at many things: exhibiting dinosaur bones, explaining intricate ecosystems, delving into our city’s history, and unearthing the flora and fauna that once thrived here.

So when I received an invitation to attend a preview of a new temporary exhibit at the museum called House of the Dragon: The Targaryen Dynasty, I thought NHM and its partner HBO Max would be good at showing the Premium’s fabricated imagination channel of mega-hit show Game of Thrones and the upcoming prequel series. I envisioned things like giant dragon skeletons, a virtual reality dragon ride, and ancient gems, tools, costumes, and ephemera from one of Hollywood’s favorite fictional worlds.

The exhibition is a mind-blowing publicity stunt, handled in a room large enough to hold little more than a giant dragon head and a replica of the iron throne made famous by the original eight-season epic on which the new Prequel “House of the Dragon”, based. There’s a line to sit on the throne, and anyone who does is clearly ambushing for a TikTok video or Instagram selfie. Good thing entry is free with your admission ticket to the museum.

I hope winter comes to freeze the relentless tide of these kinds of pop-up exhibitions that use the legitimacy of a museum or gallery space to ride a pop culture hit or a beloved artist figure for dubious purposes. Rather than an encounter with art, these experiences are more like staring at an ad on a billboard.

I’m talking to you immersive Van Gogh, Frida Kahlo and Monet. I have my sights set on you, Museum of Selfies.

I’m not just grumpy. I’m justifiably in love with Game of Thrones and a huge fan of NHM (his new special exhibit LA Underwater looks riveting), but the current GOT/NHM collaboration is something of a red wedding for both parties.

For those unfamiliar with “GOT” lingo, the Red Wedding is a massacre that unfolds in Season 3. In the case of the House of the Dragon exhibition, the only massacre will be your expectations. Even my 6 year old was disappointed and asked like a mini Peggy Lee, “Is that all?”

I assured her, as we stood next to a dragon saddle that looked like an extravagant elongated horse saddle, “Yes, honey, that’s it.” A few costumes, some dragon eggs, and a map of the show’s areas completed the scene, from which the NHM website promises these are costumes and props from the new series itself.

I couldn’t help but crane my neck and look for another room. Imagine an exhibition that brings to life the glorious land of Westeros and with it the great reign of the Targaryen dynasty. NHM is fabulous at evoking the near-mythical lives of dinosaurs and prehistoric creatures, so it’s not hard to imagine what it could do to create a magical realm where humans ride dragons and kings and queens are godlike.

Hopefully, House of the Dragon, out August 21 on HBO Max, will give me the “GOT” fix I’ve been craving. Meanwhile, the exhibit is the plastic toy in an NHM Happy Meal. Cross promotion, yes. But what for?

HBO Max and its parent company WarnerMedia have suffered significant stumbles in the streaming wars. Wild speculation is currently surrounding the fate of the platform, which is attempting to combine the service with Discovery+. The legacy media company needs all the profits it can get. That requires a disciplined strategy and meticulous management of its most successful brands, including the “GOT” empire.

A disappointing exhibit at a local museum might not seem like a big deal, but this museum is in the heart of Los Angeles, and LA is the entertainment capital of the world. Fans here are extremely fickle, and failure doesn’t look good.

https://www.latimes.com/entertainment-arts/story/2022-08-04/game-of-thrones-exhibit-la-national-history-museum Commentary: New ‘Game of Thrones’-inspired exhibit is a blunder