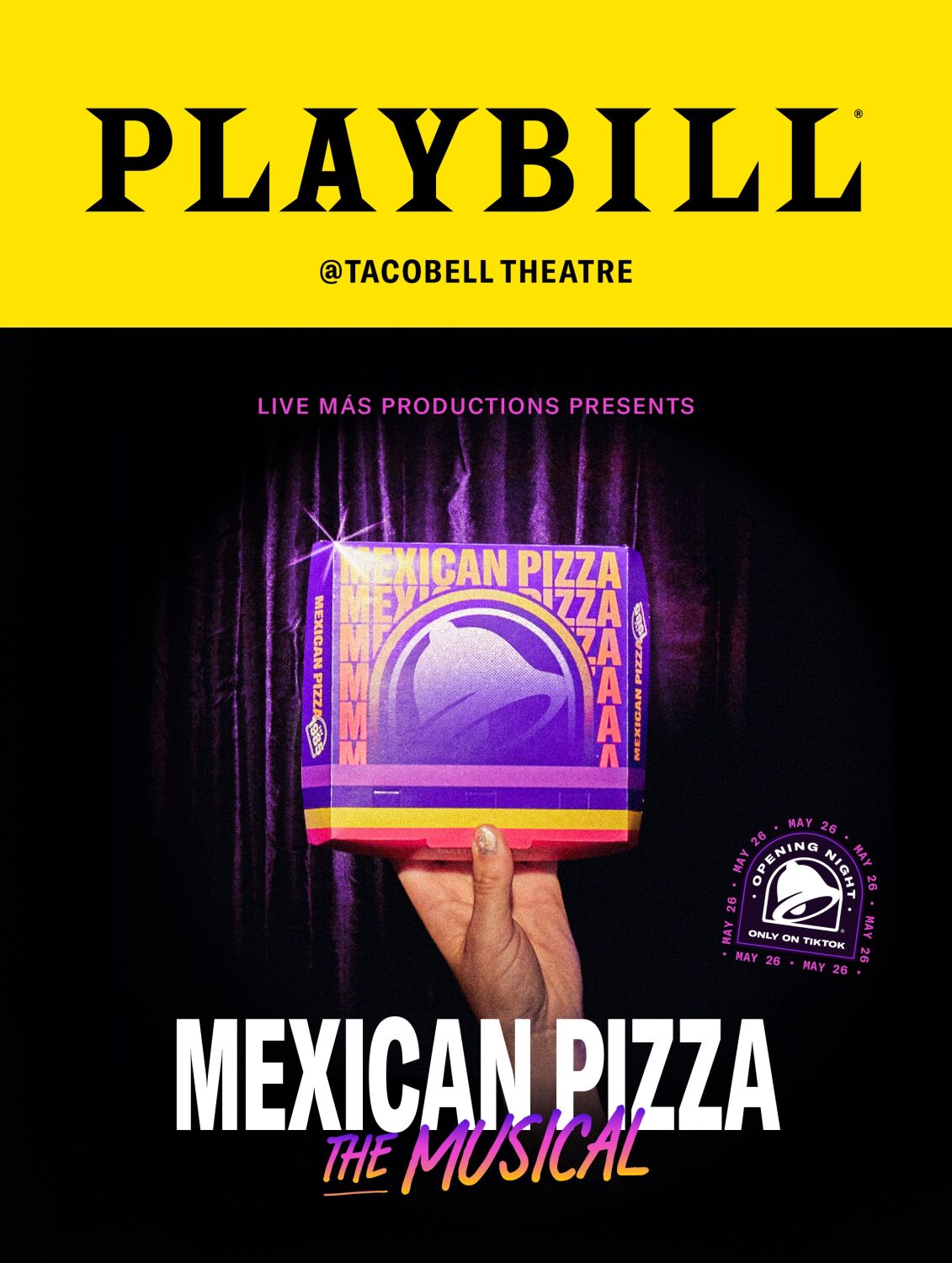 Dolly Parton loves Taco Bell’s Mexican pizza, so I think I will too. I don’t care if she’s paid to be part of an elaborate promotion. Especially if she continues to donate her money to the development of revolutionary, life-saving vaccines.

This is an in-depth way of explaining why I’m anxiously awaiting the launch of Mexican Pizza: The Musical, which airs at 5:00pm PST/8:00pm EST on Taco Bell’s TikTok channel. I was told by Taco Bell officials that it lasts between 13 and 15 minutes, features 21 cast members and contains four to five songs. Parton will be making a cameo, and she’s already teased a musical’s pajamas advert on the aforementioned channel.

Still, as much as I try to remain steadfastly unironical in my quest to observe this thing, I’m feeling a little uneasy. Because I really hate how social media has spawned a new form of advertising that — come to think of it — resembles Taco Bell’s Mexican pizza: It’s a messy mashup of ingredients masquerading as a serious idea.

There’s something hopelessly (ahem) cheesy about the build of the musical, which has been unwinding online since March, when 26-year-old rapper-singer Doja Cat released a jingle about the Mexican pizza, which she wrote with what she calls a ” monstrosity of a beat.”

The lyrics “I got beans / I need meat / I need a shell with the sauce and cheese” represent the culmination of what can be written about the culinary creation that has been removed from the menu for 2020. The purpose of the song ? Pressing Taco Bell to bring the item back, which it enthusiastically did in May — although it’s pretty obvious that was the plan all along.

However, the musical appears to have emerged from left field — an opportunity Taco Bell’s marketing partners couldn’t pass up. Shortly after Doja Cat’s Mexican Pizza TikTok went viral, a TikTok influencer named Victor Kunda shared his hilarious vision of what a rehearsal for Mexican Pizza: The Musical would look like.

In the video, Kunda wears a black tracksuit and dances with laser-like concentration as she sings the ridiculous lyrics in a choppy voice, asking a performer to perform the moves with “a little less stink.”

The post went viral and a ridiculous ad campaign was born featuring a bunch of really cool people, including Kunda and the musical’s writers, Abigail Barlow and Emily Bear, the songwriting duo Barlow & Bear, who just won a Grammy for musical theater with their album for ” The Unofficial Bridgerton Musical”.

Doja Cat and Parton will also be making cameos, and one can only imagine what they will do. The mind reels. Taco Bell even created a faux yellow playbill for the show, rumored to be published by the @Tacobell Theater.

I’m not sure how I ended up in The Little Bits of Mexican Pizza: The Musical or how I’m preparing to catch a show at Taco Bell’s TikTok Theater. Forget that. Actually, I know. I really love Parton, and when I saw Kunda’s nimble, tongue-in-cheek, cheek-planted sample, I found him genuinely charismatic and funny. And I’m not alone – Kunda was featured in British Vogue at the end of March under the headline “How Victor Kunda Became Fashion’s Favorite TikTok Star”.

Note: Not by the ruse of his management, who somehow failed to get him to attend two different Zoom interviews I scheduled through Taco Bell’s music agency. I wanted to speak to Kunda – to learn more about how the minced meat was made, so to speak, when it came to creating the musical.

Instead, I sat alone in a zoom room that I created myself. Party of One in an existential dilemma about how exactly I got into this position. Were the mysteries of Mexican Pizza: The Musical worth the effort?

I had struck before my Mexican Pizza Zoom downfall before. I had driven several miles to my nearest Taco Bell to buy a Mexican pizza – to understand its special charm. I wasn’t destined to find out because the Mexican pizza wasn’t available. A sign on the drive-thru menu simply read, “SOLD OUT. Your love has eaten up all the Mexican pizzas.”

Our love is so messy. Messy like beans, meat, gravy and cheese on a crispy shell.

Andor Shows Cassian’s Skills as a Spy in Episode 5