Who is responsible for the value of the US dollar? A basic rule among U.S. monetary and financial policy practitioners is that Treasury officials do not discuss monetary policy and Federal Reserve agencies do not discuss exchange rates. exchange. So who is to blame – i.e. which government agency should be called on to the carpet – when money fails to perform its basic functions?

As a store of value, the dollar is losing significant purchasing power against goods and services because inflation is failing the American people. As a unit of account, a dollar that transmits distorted price signals across borders as it deviates from major foreign currencies adversely affects international trade and investment outcomes. As a medium of exchange, the widely accepted dollar as a sovereign currency grants privileges, but private cryptocurrencies foreshadow a challenge.

This matters because Americans are facing a gross domestic product price index rising at an 8% annual rate and seeing their retirement savings vanish. Meanwhile, the skyrocketing foreign exchange value of the dollar is making US exports in foreign markets more expensive; Last quarter’s results showed GDP growth fell 1.4%, the first decline since the pandemic, as US exports fell relative to imports.

How can we reconcile different approaches to the pursuit of stable money both domestically and internationally? Can we build a single directive that protects the integrity of the dollar – and who is to blame?

The Federal Reserve claims it has a responsibility to ensure “stable prices” in line with its dual mandate. As Chairman Jerome Powell acknowledged on May 4 after the latest meeting of the Federal Open Market Committee: “Inflation is too high and we understand the difficulties it is causing and we are urgently bring it down”. The Fed’s belated solution is to kill demand by raising interest rates; Unfortunately, the Fed’s blunt tool also kills the supply, due to the severe increase in borrowing costs.

Will Congress step in if the Fed can’t deliver price stability? No possibility. The Constitution gives Congress the power to “coin” and “determine the value of such and foreign coins,” but the political independence of the Fed, which politicians frequently invoke, provides a good reason to refrain from criticism. This proves to be beneficial for both sides because the Fed also does not allow criticism of congressional or White House overspending.

If the Biden administration implements programs (such as student loan forgiveness) to give consumers more spending power – increasing demand without simultaneously increasing supply – prices of goods and services will rise. despite the Fed’s efforts to fight inflation by boosting economic growth. Mr. Biden can always see the Fed as a scapegoat for not providing people with a steady source of money.

What about the stability of the dollar relative to other currencies? Treasury Secretary Janet Yellen is one of the key officials of the Biden administration; As a former Fed chief, she certainly understands the link between rising US interest rates and a stronger dollar in the foreign exchange market. Yellen would hardly argue that it is the fault of the Treasury Department as the dollar is rising to multiple highs against the euro, pound and yen. Notice to US companies— Microsoft,

Speaking before the Atlantic Council in April, Yellen referenced Bretton Woods proposals that Treasury officials began building in 1941. The goal then was to shape an architecture. Post-war international finance can inspire struggling nations to persevere in the hope of a more stable and prosperous economic future.

But even when Ms. Yellen cites the virtues of the rules-based multilateral system, she fails to mention that the hallmark of the Bretton Woods system is the requirement that the participating states maintain it. a fixed exchange rate between their currency and a convertible dollar.

When central banks buy government debt to increase economic efficiency, they create inflation. To cure it, they have to weaken production and affect financial markets. Maybe it’s time to see if we can do better. Stable money should be seen as a right. It’s essentially a moral contract between government and citizens. How else can people plan?

In both 2012 and 2016, the Republican platform called for a commission to “investigate ways of setting a fixed value for the dollar.” Sponsored by Representative Kevin Brady (R., Texas), the House of Representatives passed legislation in 2015 to establish a committee to “examine U.S. monetary policy, evaluate alternative monetary regimes, and propose a course for future monetary policy”.

A companion bill proposes a committee to review how monetary policy by the Federal Reserve has affected the performance of the economy — in terms of output, employment, prices, and financial stability. main — co-sponsored in the Senate by John Cornyn, Rand Paul and Ted Cruz. Unfortunately, it didn’t pass.

Inflation was not such a compelling issue at the time. It now is. Congress should quickly enact legislation for a currency committee that will carefully consider how best to ensure the integrity of the U.S. currency.

Shelton, an economist, is a senior fellow at the Independent Institute and the author of “Money Meltdown.”

https://www.wsj.com/articles/congress-has-a-stake-in-the-dollars-integrity-purchasing-power-currencies-gdp-monetary-policy-cryptocurrencies-11652817662 Congress Has a Stake in the Dollar’s Integrity 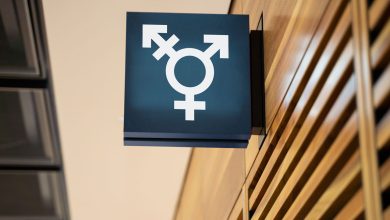