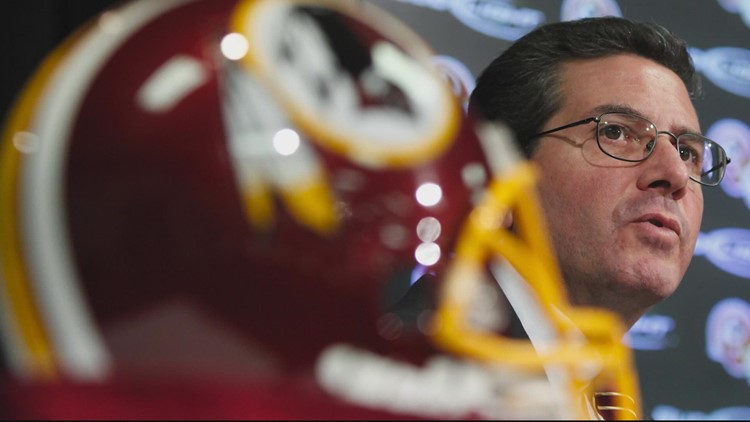 WASHINGTON — Congressional officials are again urging Washington Commanders owner Dan Snyder to appear before the House Committee next week and testify on allegations of workplace misconduct against his organization.

On Wednesday, June 22, the House Committee on Oversight and Reform will begin a hearing to examine the commanders’ alleged “hostile work culture” over two decades and the NFL’s handling of the allegations. Snyder previously declined to attend the hearing, citing scheduling conflicts. However, the committee chairs say they haven’t found a valid reason for Snyder’s decision and are asking him to reconsider.

“I urge Mr. Snyder to reconsider his decision to decline public statements and thereby refuse to accept responsibility for his actions and the culture he has fostered within his team,” wrote the committee chair, Carolyn Maloney, in a letter to Snyder’s attorney. “Mr. Snyder’s refusal to testify…would be inconsistent with his repeated pledges to work with the committee and cast doubt on your claim that the commanders are now ‘a model of how to make extraordinary improvements in work culture.’

RELATED: Dan Snyder will not testify before Congress

🚨 BREAKING 🚨 Dan Snyder MUST ANSWER to Congress by 9am Monday.
“I urge Mr. Snyder to reconsider his decision to decline public statements and thereby refuse to accept responsibility for his actions and the culture he has fostered within his team.”@RepMaloney @wusa9 pic.twitter.com/O53A4qyEcJ

Snyder’s attorney, Karen Patton Seymour, previously wrote to the House Oversight Committee that Snyder could not testify at the June 22 hearing because he was out of the country.

“Despite months of cooperation from Mr. Snyder, the Oversight Committee has refused to show the same respect and courtesy by turning down several reasonable requests regarding Mr. Snyder’s possible appearance,” Seymour wrote.

Seymour said Snyder will continue to cooperate with the ongoing investigation provided “certain concerns” are addressed.

In her most recent letter, Maloney insisted that Snyder be given three weeks’ notice of the hearing, which she says “exceeds the committee’s usual practice.” She also said Snyder was told he could appear remotely.

“Mr. Snyder has not identified any time challenges that would prevent him from testifying before the committee while out of the country,” Maloney wrote. “Nor has Mr. Snyder indicated that he would not be able to return to the United States prior to the hearing should he choose to testify in person.”

Maloney has given Snyder and his legal team until 9 a.m. Monday to respond and is offering additional safeguards to convince the team’s owner to testify.

Washington Commanders owner Dan Snyder will NOT testify before the House Oversight Committee next week.
A spokesman confirms that a letter from Snyder’s attorney is being reviewed.
LATEST from @wusa9 myself & @adamlongoTV 👇🏾 https://t.co/ANVrGso4Dj

NFL Commissioner Roger Goodell was also invited to testify at the hearing and did so Approved that he will appear virtually. But before the hearing begins, six representatives — Don Beyer (D-VA), Gerry Connolly (D-VA), Jennifer Wexton (D-VA), Jamie Raskin (D-MD), Anthony Brown (D-MD) and Del . Eleanor Holmes Norton (D-DC) – urging Goodell to release the findings of a 10-month investigation into the Washington Commanders and their work environment of the league’s 10-month investigation into the team, which resulted in a $10 fine M Well against the team.

Following allegations of misconduct and workplace harassment against owner Dan Snyder and some of his front office employees in 2020, attorney Beth Wilkinson was hired to conduct an independent third-party investigation. However, Goodell made it clear that the NFL would not issue a report on the investigation because it had promised to protect the identities of those who testified.

“There is an opportunity for the NFL and the Commanders to lead by example, not by trying to silence the victims, but by ensuring that this type of rampant abuse will not be tolerated in the future,” the statement said the letter.

MP Raja Krishnamoorthi (D-Il) said the committee had been “blocked” by NDAs since their involvement and called on Snyder and Goodell to “appear before the committee to address these issues and answer our questions about pervasive workplace misconduct.” at the Washington Commanders and how the NFL has addressed those issues.”

King Charles: Queen Elizabeth II was preparing us all along for her death