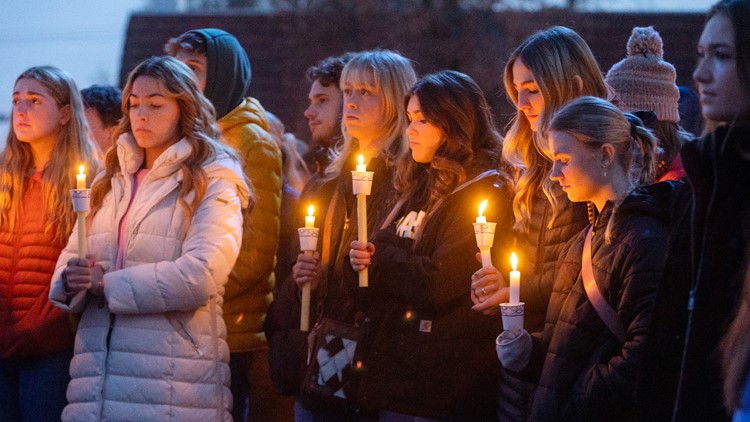 Spokane, Wash. – Four University of Idaho students were found dead in a rental home last Sunday, stabbed to death in their beds and were likely asleep when the attack occurred, according to Coroner Cathy Mabbutt of Latah County.

Moscow police said in a statement Friday, confirming what the coroner said in an interview on Thursday.

Mabbutt told NewsNation: “It takes someone quite angry to stab four people to death.

Mabbutt’s comments and the police’s release expanded on autopsy reports released on Thursday, concluding that four students were murdered by stabbing.

Two other roommates were in the house at the time of the murder. Moscow police said on Friday they did not believe the roommates were involved in the crime. Detectives also don’t believe a man seen in the food truck surveillance video is involved.

The murders have rocked Moscow, an Idaho Panhandle town of 25,000 residents that saw a killing last about five years ago. The tree-lined college town is about 80 miles (129 km) south of Spokane, Washington.

Police Chief James Fry said officers have yet to identify the suspect.

Moscow police contacted local businesses to determine if the fixed blade knife had been purchased recently, but no murder weapon was found. Detectives seized the contents of three trash cans on King Street in hopes of finding possible evidence.

All four victims were members of fraternities and sororities: seniors Madison Mogen, 21, of Coeur d’Alene, Idaho, and Kaylee Goncalves, 21, of Rathdrum, Idaho; junior Xana Kernodle, 20, of Post Falls, Idaho; and freshman Ethan Chapin, 20, of Conway, Washington. The women are roommates. The bodies were found around noon on Sunday.

The Idaho State Police (ISP) released a map on Friday outlining a timeline of events leading up to the student’s death.

Investigators used footage from a Twitch video showing Mogen and Goncalves at the food truck to help form a timeline of events.

As reported by our news partner KTVB in Boise, the ISP identified and interviewed a man featured in the video wearing a dark jacket and light hoodie. The ISP said he was interviewed and said he was not a suspect or person of interest at this point, according to KTVB.

Police said evidence found at the scene led them to believe the students were targeted, though they did not provide details. Investigators said nothing appeared to have been stolen from the victims or the house.

After initially saying there was no danger going on, police returned on Wednesday.

“We can’t say there’s no threat to the community,” Fry said. “We still believe it was a targeted attack. But the reality is that there is still someone out there who has committed four very terrible crimes.”

Fry declined to say who called 911. According to the sheriff, there was no sign of a break-in, and a door was opened by the first police officers to arrive.

The Moscow Police Department is receiving support from the FBI, the Idaho State Police and the Latah District Sheriff’s Office. According to police, dozens of investigators from the FBI and ISP, as well as other specialized positions.

If anyone can provide relevant information to the investigation, has surveillance footage, or is in the vicinity of the slain and observes suspicious behavior, call the police at (208) 883-7180 ​​or email tipline@ci.moscow.id.us.

U.K.’s Central Banker Faces Inflation, a Financial Crisis and His Own Government