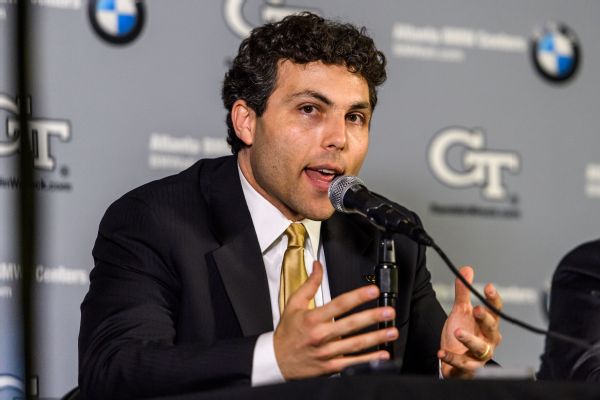 A federal jury in Atlanta has indicted an Arizona couple for conspiring to extort money from Georgia Tech by falsely accusing Yellow Jackets basketball coach Josh Pastner of sexual assault.

According to the US Attorney’s Office for the Northern District of Georgia, Ronald Bell and co-defendant Jennifer Pendley were charged on August 24 with felonies of conspiracy to transmit an interstate threat, conspiracy to extort property from another, and attempted extortion.

“Defendants allegedly falsely accused Georgia Tech’s coach of sexual assault,” U.S. Attorney Ryan K. Buchanan said in a statement. “They then demanded a large payment in exchange for a dismissal of the lawsuit. The Federal Bureau of Investigation and our other federal law enforcement partners are particularly adept at uncovering false allegations designed to extort money. Persons attempting to commit such criminal activities at the expense of law-abiding citizens will be caught and prosecuted.”

An Arizona judge previously convicted Bell, a former friend of Pastner’s, in July 2021 of six counts: two counts of solicitation to influence a witness, two counts of attempted tampering with a witness, false information and aiding and abetting fraud, schemes and practices.

Pendley called police on May 8, 2019 and reported that Pastner sexually assaulted her in a Houston hotel room while he was training in Memphis in 2016. Pendley’s call to police came ahead of mediation in a civil complaint related to the allegation. A 2018 court filing by Pastner’s attorneys Scott Tompsett and Scott Palumbo contained taped prison conversations that suggested the couple fabricated the allegations.

In January 2018, Pastner filed a civil complaint against Bell and Pendley in Superior Court in Pima County, Arizona.

Bell and Pendley filed a countersuit in February 2018 alleging that Pastner sexually assaulted Pendley in the hotel room and molested her other times. A Title IX investigation conducted by attorneys hired by Georgia Tech acquitted Pastner in the matter in June 2018.

The sides agreed to drop their lawsuits in August 2019.

In a November 2017 report by CBS Sports, Bell alleged that he gave Georgia Tech basketball players Josh Okogie and Tadric Jackson improper advantages by paying for their airfare to his home in Tucson, Arizona, and their meals at a restaurant in Atlanta . Bell also claimed he sent the players boots and jerseys that he bought online.

After becoming aware of Bell’s allegations in October 2017, Pastner said he reported the violations to Georgia Tech’s compliance department. Tech officials reported the violations themselves to the NCAA, and the school declared Okogie and Jackson ineligible to compete at the start of the 2017-18 season. The NCAA suspended Okogie for six games and Jackson for three. They also asked players to pay back the amounts of the benefits received.

In September 2019, the NCAA placed the Yellow Jackets on four-year probation and banned them from participating in postseason tournaments in the 2019-20 season. The Violations Committee ruled that Bell provided the players with $2,424 for shoes, clothing, meals, transportation and lodging.