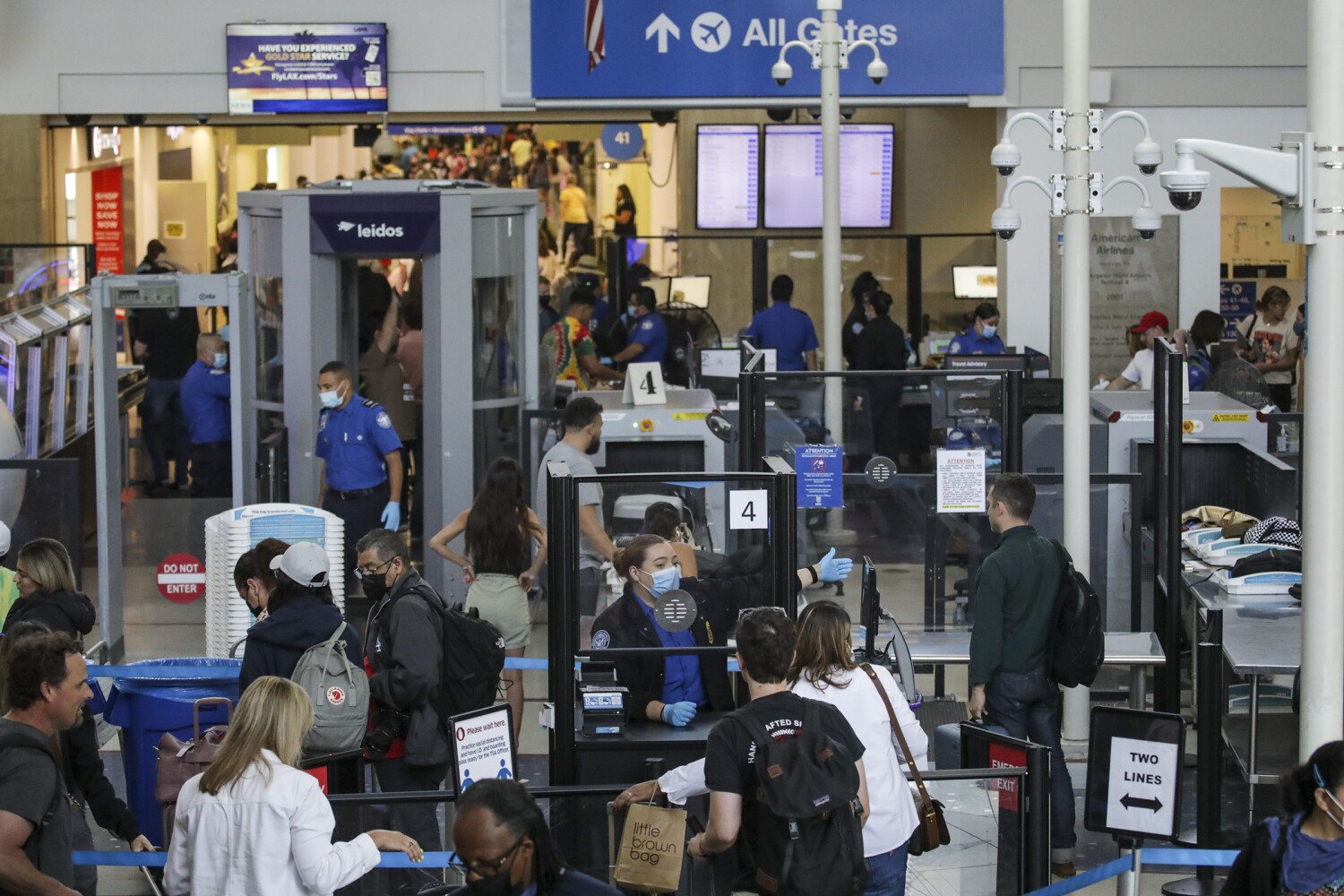 COVID-19 outbreaks have hit Los Angeles International Airport with at least 400 confirmed cases among employees of the Transportation Security Administration and employees of American and Southwestern airlines, according to the Los Angeles County Department of Health.

At least 220 TSA employees at LAX have tested positive for the coronavirus, according to the county authority.

Despite the number of reported cases, LAX and TSA officials said services were not impacted as a result.

“There was no impact on the security lines at LAX,” said Daniel D. Velez, a spokesman for TSA.

On Sunday, the maximum standard wait time for a traveler at the airport was 21 minutes, and 99% of travelers were able to get through security in less than 15 minutes, Velez said.

The outbreaks among airport workers come as the county as a whole faces increased rates of infection and a possible re-requirement for indoor masking if the high number of cases continues.

As of Friday, LA County has been facing an average of about 6,600 new cases per day for the past week.

TSA officials note that rates among employees often reflect what’s happening on the ground, and workers continue to follow masking guidelines set by the Centers for Disease Control and Prevention. Those who feel ill are urged to stay home and report confirmed COVID-19 infections.

American Airlines employees at LAX are also experiencing an outbreak of their own, with 154 confirmed cases among employees, according to county health officials.

Officials from the two airlines did not immediately respond to requests for comment.

Victoria Spilabotte, a spokeswoman for LAX, said operations at the airport are continuing as normal.

LAX still requires travelers to wear face masks at the airport, but relaxed travel rules have meant many airlines no longer require masks for domestic travel.