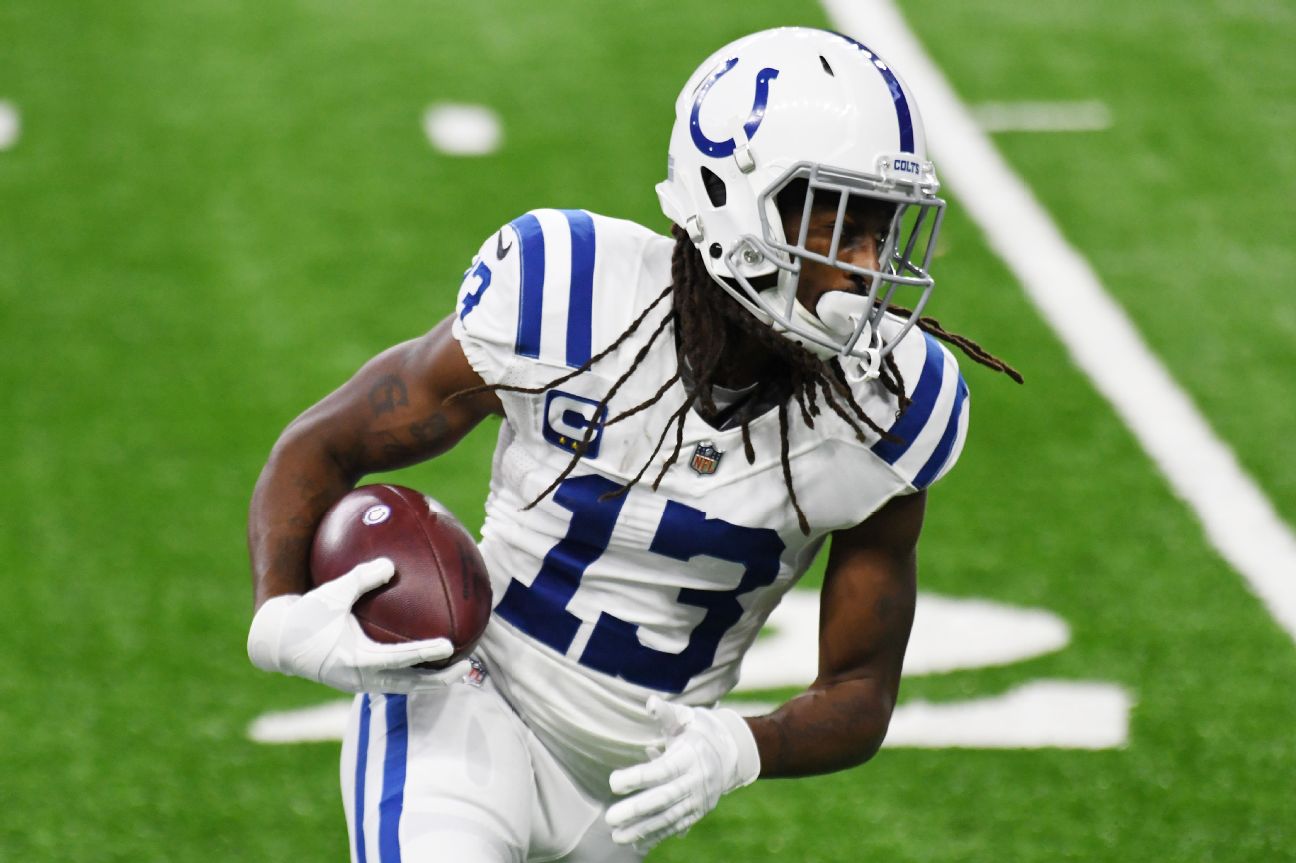 FRISCO, Texas — The flirtation with Odell Beckham Jr. may not be over just yet, but the Dallas Cowboys added another veteran wide receiver — TY Hilton — on Monday.

“The timing is right,” said coach Mike McCarthy on Monday. “He’s ready to go. He’s an excellent addition, especially at this time of year.”

Hilton wasn’t on one team all season, but the Cowboys felt the need to add help from experienced wide receivers. In 10 seasons with the Indianapolis Colts, Hilton caught 631 passes for 9,691 yards and 53 touchdowns. He was a four-time Pro Bowl pick.

Hilton had just 23 catches for 331 yards and 3 scores last season and played in just 10 games.

Beckham visited the Cowboys last week while recovering from a cruciate ligament tear in his left knee sustained at Super Bowl LVI. Micah Parsons said Beckham told him he would need five weeks to prepare for the game, which would mean he would only be ready for the playoffs and maybe even late in the postseason.

Hilton missed the first five games of last season with a disc injury that occurred late in August training camp, and he missed two more games during the season with quadriceps injuries and a concussion. After missing just two total games in his first six NFL seasons with the Colts, he missed 16 games in four seasons due to a series of injuries.

Hilton spent the majority of his 10 seasons as the Colts’ No. 1 receiver, including a stretch where he received at least 1,000 yards in five of six seasons.

Indonesia stadium where stampede killed over 130 to be demolished