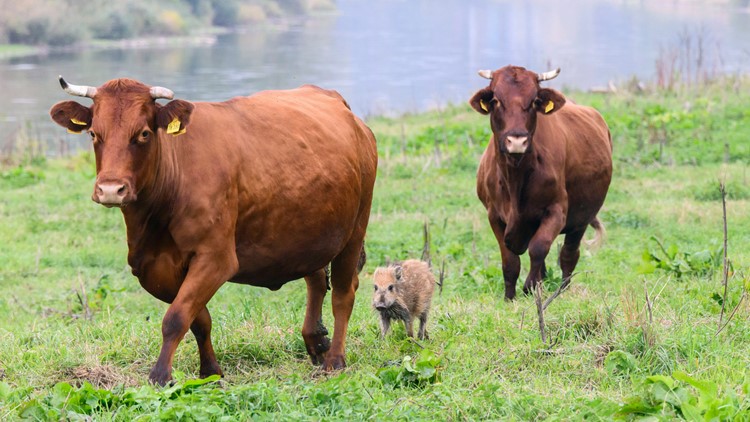 The farmer said that although he knew what great damage wild boar can do, he could not bring himself to drive the animal away, dpa reported on Thursday.

BERLIN, Germany — A herd of cows in Germany have gained an unlikely following after adopting a lone wild boar piglet.

Farmer Friedrich Stapel told the dpa news agency that he saw the piglet in the herd in the central German municipality of Brevoerde about three weeks ago. It had probably lost its party as they crossed a nearby river.

Stapel said that although he knew what great damage wild boars can do, he could not bring himself to drive the animal away, dpa reported on Thursday.

The local hunter has been told not to shoot the piglet, nicknamed Frieda, and in the winter Stapel plans to take it to the suckler cows in the barn.

“Leaving it that way now would be unfair,” he told dpa.

Column: Cabrillo landed in California 480 years ago. People have fought over him ever since