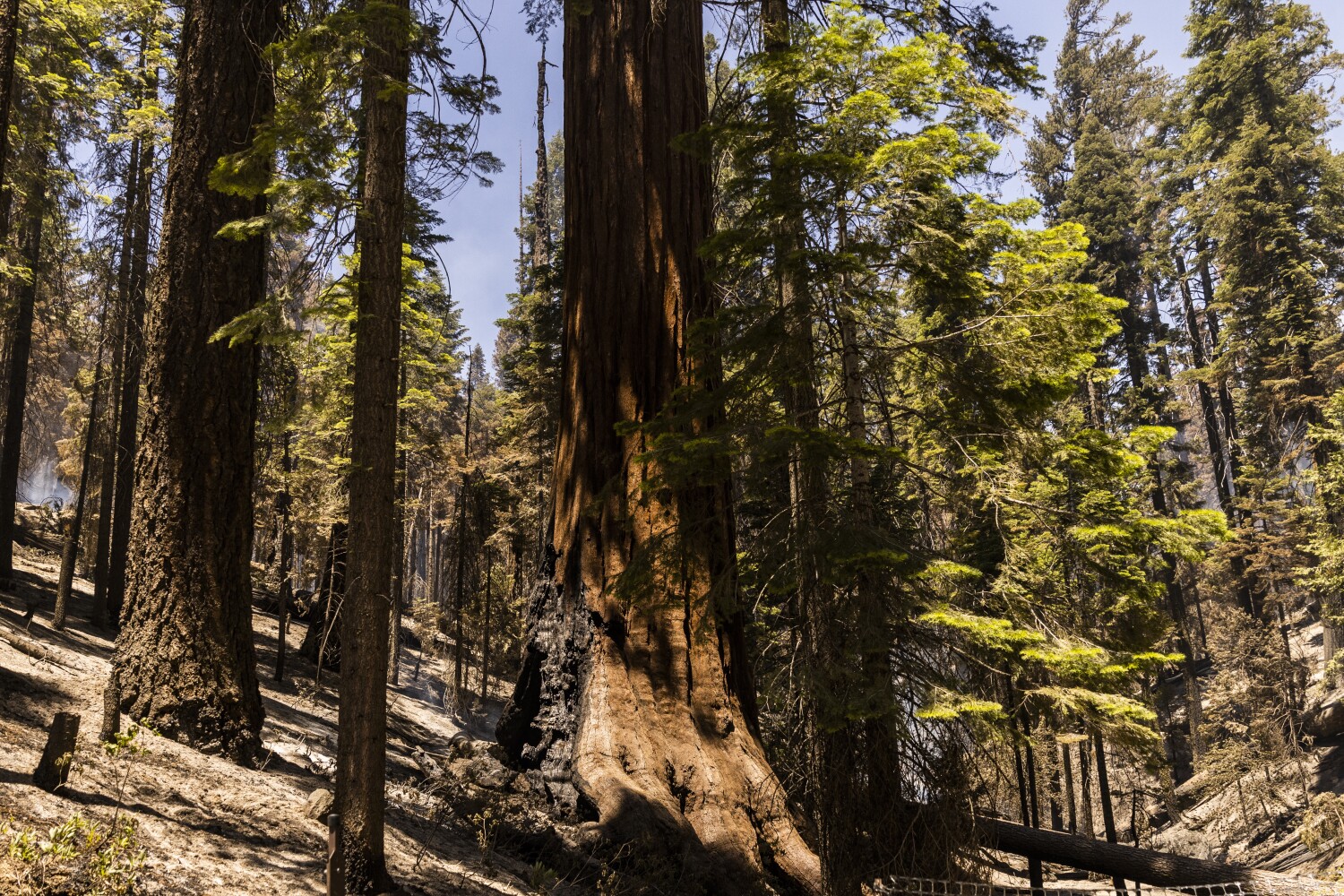 Two weeks after the Washburn fire in Yosemite National Park, firefighters continue to make strides against the blaze that has scorched nearly 5,000 acres.

As of Thursday morning, the wildfire remained 58% contained and had burned 4,856 acres, officials said. The number of people deployed to fight fires has fallen to 1,330 from about 1,500 earlier in the week.

“Overall, the incident is in a very good place and we will continue to work on it throughout the day,” said Matt Ahearn, deputy operations manager with Interagency Incident Management Team 13 in California.

Fire officials have flown in hot-shot crews who have stayed overnight to fight the blaze’s northeastern edge, Ahearn said. Helicopters are dropping water on this stretch of fire, which is burning in several brushwood-laden areas near the South Fork of the Merced River.

Crews have begun “mopping up” and combing through the burned areas with hand tools to look for hot spots, fire officials said in a statement. Crews attempt to both extinguish the hot spots and help disperse residual smoke in those areas.

Efforts are also underway to clear debris and prepare for the opening of Wawona Road, or the section of Highway 41 that runs through Yosemite. Officials are also allowing residents living in the small community of Wawona to return to their homes.

Most of Yosemite National Park remains open to the public, and although the fire initially threatened the Mariposa Grove of Giant Sequoias, the threat has largely subsided.

Park officials plan to reopen the south entrance to Yosemite along Highway 41 at 6 a.m. Saturday. The city of Wawona and all of its accommodations and services except for the gas station will remain closed to visitors for at least another week, officials added.

As of Thursday morning, air quality monitors remained in the “red” category, or about 150 points on the air quality index, according to monitoring agency PurpleAir near Wawona. Poor air quality appeared to be isolated on the southern edge of the national park.

Cuban dissidents gather at Summit of the Americas in L.A.