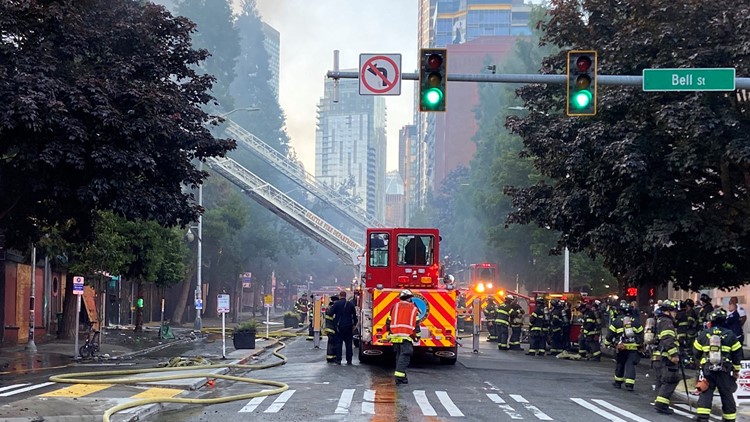 Several streets are closed due to a fire on 2nd Avenue in Seattle’s Belltown neighborhood.

The fire in the 2200 block of 2nd Avenue was first reported just after 4 a.m. The Seattle Fire Department is on site and asked the public to avoid the area.

At one point, black smoke from the fire could be seen over the Seattle skyline as crews worked to put out the blaze.

Fire in Seattle tweeted that the fire was under control by 5:45 a.m

The Seattle Department of Transportation said all lanes of 2nd Avenue from Battery to Lenora Street are closed.

All westbound lanes of Bell Street are closed 3rd Avenue to 1st Avenueand all lanes of 3rd avenue are closed Battery to Blanchard Streets.

The emergency measures are causing service delays for buses cruising Wall Street. King County Metro said in a service bulletin that commuters should expect delays on Lines 5, 21, 28, 131, 132 and the RapidRide E line.

The cause of the fire is currently unknown. No injuries were reported at this time.

'How could I lose everything?' Families shattered a year after LAPD fireworks explosion

King of Prussia, Pennsylvania man who attacked police on Jan. 6 gets 46-month sentence