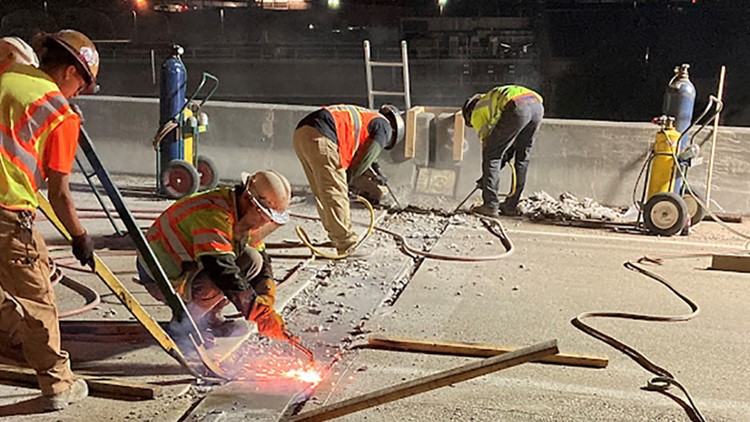 The paving will take place near Spokane Street, where new expansion joints will replace the old ones.

SEATTLE — Crews will begin paving the “infamous bumps” along a portion of southbound I-5 in Seattle as work to revitalize I-5 continues this weekend.

The paving will occur near Spokane Street, where new expansion joints will replace old ones that were placed about three-quarters of an inch below the new street’s surface.

“We’ve been working on a fix since then and we’re ready to go now,” the Washington State Department of Transportation (WSDOT) said in a post.

It took a while to resolve the issue because, according to the WSDOT, funding had to be secured and the contract needed to find a subcontractor to carry out the work.

“This is the peak of the construction season, so many contractors already have other work to do,” the post said. “The job market is very tight at the moment, so finding people to work was also a challenge. But we now have a schedule to smooth out those bumps while we replace expansion joints.”

Over approximately four weekends, WSDOT will also replace expansion joints and extend lane reductions to rehabilitate the section of highway.

Drivers should be prepared for the following:

CLOCK: New HOV lanes on I-5 through Tacoma will be “monumental.”